Investors are pouring money in to emerging market funds that steer clear of China in the wake of Beijing’s crackdown on targeted stocks and sectors.

The assets of five prominent EM ex-China exchange traded funds surged 41 per cent to $1.5bn during August, taking their year-to-date growth to 442 per cent, having ended 2020 with just $277m between them.

The jump comes as net inflows in to global emerging markets ETFs — in which China is by far the largest weight — slowed to $696m in July as Beijing’s regulatory crackdown widened, well below the average of $4bn in a month in the first half, according to Morningstar data.

Investors are bracing themselves for the next steps in the Chinese Communist party’s clampdown on the private sector, which has already hit the ecommerce, education, fintech, ride-hailing and gaming industries.

“Chinese equities have been under stress in the past few months, due to tighter regulation and deleveraging efforts by the Chinese government. Some investors have clearly looked at ways to disentangle their investment in EMs from China,” said Vincent Denoiseux, head of ETF research and solutions at Lyxor.

Beijing’s crackdown has pushed Hong Kong’s Hang Seng index down 11 per cent over the past three months, while the onshore CSI 300 index has fallen 8 per cent, even as the MSCI EM ex-China index has held firm.

“If you don’t have China in your fund you are going to look pretty good in a performance basis,” said Wes Gray, lead adviser for the Freedom 100 Emerging Markets ETF (FRDM), which avoids Chinese stocks.

The Freedom ETF, which follows an index that prioritises factors such as good property rights and human rights, has seen assets rise from $30m at the end of 2020 to $62m on July 31 and $87m as of August 31.

Separate analysis of 381 global equity funds with combined assets of $1.1tn by Copley Fund Research shows that the average exposure to China and Hong Kong has plunged from 5.1 per cent in January to 3.8 per cent, the lowest level since 2016.

As a result the average fund is now underweight China and Hong Kong by 1.12 percentage points compared to the weight in the MSCI All Country World index, the largest margin on record, accordingly to Copley.

The average global equity fund now has 14.3 times more exposure to the US than to China and Hong Kong, Copley found, the highest figure for at least a decade.

However, Alan Miller, chief investment officer of SCM Direct, a wealth manager, took issue with Peter Oppenheimer, chief global equity strategist at Goldman Sachs, who recently told the FT that some global investors now consider Chinese equities to be “uninvestable”, given fears of further crackdowns by the CCP.

“Whenever I have seen a company or country described as uninvestable, in almost every single case it has marked the bottom of the market,” Miller said.

He argued that “a lot of bad news” is already priced in to China and other emerging markets, with the forward price/earnings ratio for the MSCI EM index currently at a 38 per cent discount to the US S&P 500, close to a 10-year high.

He said regulatory changes “are by no means unique to China, and are not all market negatives”, with, for example, Beijing’s ambitions for self-sufficiency in semiconductor manufacturing and software development meaning “certain industries stand to benefit from policy tailwinds in the medium to long-term”.

Miller argued that the giant US tech stocks that dominate many portfolios were also potentially susceptible to a clampdown.

“You could have some antitrust action in the US, and given the concentration of the S&P 500 in these names, that could have the same impact as [the crackdown on] Tencent and Alibaba,” said Miller. “It may be more gradual but, one would think, it has to come at some point.” 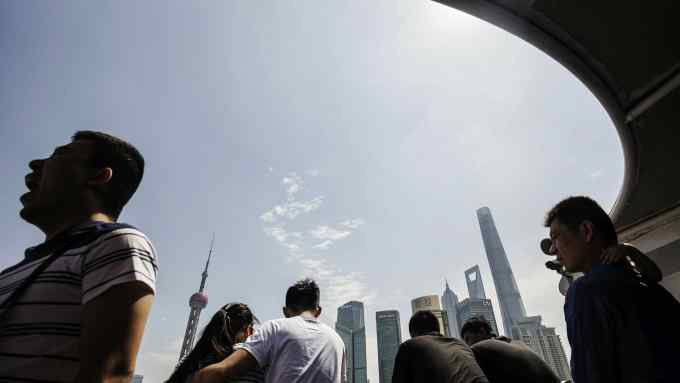