“There’s a beauty in going a bit blindly into things,” says Touria El Glaoui, founder of the 1-54 art fair. It’s a small and specialised fair, dedicated to the art of Africa and the African diaspora, this year celebrating its 10th edition at Somerset House in London. “If you think too long and understand all the obstacles, you might not jump as fast.”

Yet jump she did in 2013, creating her first fair with just 17 galleries — nine from the African continent, the rest from the US and Europe. In the second year, 1-54 almost doubled in size and then in 2015 El Glaoui opened her second location, in New York. Three years later came “the same crazy adventure”, a third iteration in Marrakesh.

But it’s not far into our Zoom conversation when I realise that this talk of going in blindly is probably a piece of modesty. A former wealth management adviser at a New York investment bank, later holding a senior position at tech company Cisco Systems, El Glaoui obviously has a firm grasp of economics and makes frequent references to her range of market research.

“It was not my industry,” she explains, “although I am the daughter of an artist.” She had helped to organise exhibitions for her father, the Paris-based Moroccan painter Hassan El Glaoui, and previous professional roles had given her the chance to travel widely in Africa and, she says, to explore the different art scenes. “But as soon as I went back [to New York or London], there was no trace of the incredible work I’d seen on the African continent.”

So the idea of 1-54 was born, based on El Glaoui’s conviction that what was missing for the artists she’d seen was “access, visibility”. Her mission to bring African artists to the world, and the world to the artists, has helped all three fairs thrive. Rapid-talking, eloquent, fiercely focused, she gives examples of artists who have been discovered by collectors and buyers across the international scene, and says there is now a much greater general discourse around art of the African continent.

Opening her Marrakesh edition seems to have given her particular pleasure. Not only because it was in her home country — she was born in Casablanca in 1974 — but because, she says, “We had Africa in mind, always. When I put the business model together, right from the beginning I was sure we needed to be on the African continent. Talking to the galleries I realised they weren’t selling very well locally and they all understood the importance of also developing a local market. As a responsibility, we had to develop on the continent. But it had to wait a bit, until we had our own secure following and could take people with us.

“And it worked out really well, except that lockdown happened [after two editions in Marrakesh] and Morocco closed down and we couldn’t do it for two years.”

Undeterred, El Glaoui used that time to make a foray into France, with two Paris-based editions of the fair. “Yes, it allowed us to explore Paris instead — there’s a lot of close synergy with the francophone world.”

With Morocco open again, and 1-54 scheduled for its next Marrakesh appearance in February 2023, will the Paris fair continue, as a fourth location? El Glaoui laughs. With a staff that only recently expanded from five people to eight, including her, capacity is obviously limited. But, she says, it’s under consideration.

With a run of successful fairs — next week’s London edition is at capacity, with 50 galleries — plus ever-growing visibility, an education programme, a partnership with Christie’s and more, does she feel the past 10 years of activity have effected a change in the market for contemporary African art?

“The market has definitely changed,” she says, “in terms of numbers of galleries focusing on this area, both on the continent and elsewhere.” She cites too the growing academic interest across the world. The history of modern and contemporary African art is not yet properly written, she points out, and she welcomes the growing number of researchers, students and specialists. 1-54’s catalogues have essentially become reference tomes.

“Curators from across the US, especially, can’t always travel to Africa so they use the fair to discover artists to then include in their institutional exhibitions.” She sounds rightly proud of the fair’s success in promoting this sort of reach — “it’s very fulfilling” — also citing the outdoor displays of large-scale sculpture in the courtyard at Somerset House, where the London fair is held, which have led to some of the artists’ inclusion in sculpture shows as far afield as the Yorkshire Sculpture Park and North American venues.

But she warns that this eager new interest and visibility can be a double-edged sword. “People sometimes think we are all doing super-well because of two or three stars at auction.” She names no names, but El Glaoui is presumably referring to such art-market darlings as the Ghanaian El Anatsui or the Sudanese Ibrahim El-Salahi, in the older generation, and more recent star talents such as Amoako Boafo, also from Ghana but now based in Vienna, or the New York-based Nigerian Njideka Akunyili Crosby — in fact there are far more than “two or three” examples.

Their success, however, might give “a false impression — total sales of art from the continent and the diaspora are still comparatively very small”, El Glaoui insists. But the buyers and collectors are there, and increasing in number: she says they tend to be younger at other art fairs, partly because prices are more accessible.

Aiming to create a “sustainable platform” for an art-market ecosystem in Africa, the fair offers plenty of help to young galleries for which the cost of travel abroad could be prohibitive. Even the very first fair offered free places to one gallery from Mali and another from Zimbabwe, and 1-54 continues to subsidise costs to ensure that enterprising youngsters can make an international appearance.

Is it, then, a charitable structure? No, she laughs — “but we’ve got to stop behaving like one”. She describes the business model as having a philanthropic aspect — in education programmes as well as subsidies. But there’s always, she adds, an emphasis on quality of programming.

So what of the next decade? Does she envisage further editions of the fair in other African countries? “It’s difficult,” she says. “We’re not going to go face to face with Lagos art fair, for instance — we know all the effort that went into creating that fair [Art X Lagos was launched in 2016] — we are more into the spirit of supporting each other. South Africa, although a great place for a fair, already has two. And Accra is so close to Lagos . . . If I had to choose, it might be Abidjan, a fantastic, energetic city.”

In the wider future, however, she has what is perhaps a more surprising vision, for a businesswoman. “At the moment, I know how important our fair is, from an African perspective [for raising visibility]. But there will be a time — maybe in 10 years — when everyone is completely engaged with African art like they are engaged with the rest of the world and we won’t have the same role.

“I’m sure I’m the only art fair director who would say something like this, but the best future for 1-54 is when we don’t need it any more.” 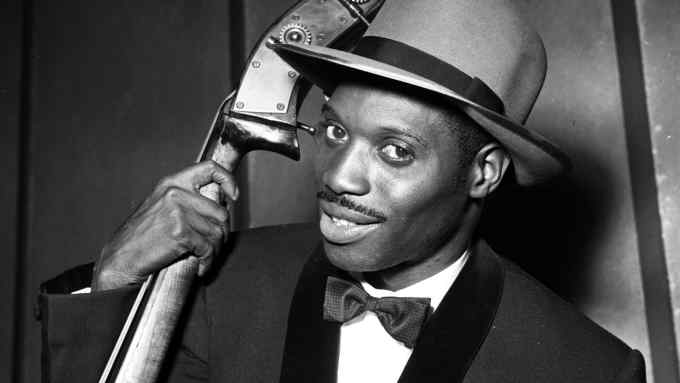