Start a 4-week trial
Coronavirus: free to read
See all 129 stories
US employment

US graduates in crisis: ‘Entry level jobs are not safe at all’ | Free to read

We’ll send you a myFT Daily Digest email rounding up the latest US employment news every morning.

In Iowa, a law student who imagined a career in public advocacy is looking for jobs in the more lucrative private sector.

In upstate New York, a business student who dreamt of working in sports marketing is considering becoming a teacher. And in Pennsylvania, a new graduate who had planned to spend a year in Indonesia has dropped the idea to immediately start work at a Big Four accounting firm instead.

This is the time of year when America’s 3.9m graduates are finalising plans to enter the workforce and start repaying the $32,000 of debt they have on average accumulated over their four years of study.

Yet across the world, the economic fallout from the coronavirus crisis is disproportionately hitting young people. A new report by the International Labour Organization, the UN agency on jobs and employment, found that one in six young people had stopped working since the onset of the crisis. Those who remained employed had seen their working hours fall by 23 per cent, the ILO found.

With US unemployment at its highest level since the second world war and the country still grappling with the economic fallout of coronavirus, university graduates are watching start dates be deferred, internships cancelled and their chosen professional fields look significantly less stable.

Economists warn that a prolonged economic downturn could reshape the lives of America’s graduates for years to come, weighing on future wages and discouraging the kind of risk-taking that often allows workers to jump ahead in their careers.

There is a pretty big feeling of hopelessness . . . It’s like every door is closed wherever you turn

Recessions, even shortlived ones, can have “lingering effects on certain groups of workers” — one of those groups being new entrants to the job market, said Jesse Rothstein, professor of public policy and economics at the University of California, Berkeley. “If you can’t get the initial traineeship and have to get a dead-end job, then it’s a dead end.”

Students who entered the workforce right after the global financial crisis in 2008 are doing worse, both in terms of their employment rate and wages, almost 10 years later compared with peers who graduated either right before them or after the recession was over, Mr Rothstein found in his research.

A separate study by Lisa Kahn, an economics professor at the University of Rochester, found similar adverse effects for white men who graduated from college around the time of the early 1980s recession, with many of those men finding themselves stuck in lower-paying jobs even after the economy recovered.

“All the evidence that I’ve seen . . . indicates that graduating just before or immediately after a downturn has a scarring effect on the generations that are so affected,” said Gary Burtless, a senior fellow at the Brookings Institution.

“Many people will find they are in worse positions than they would have expected based on their qualifications and how well they did in high school and college, and it seems to have lasting effects on people’s willingness to take a gamble.”

He recalled speaking at a college reunion for the Yale University class of 1930 — a group that entered the workforce right as the Great Depression was beginning. A man who had graduated with honours from Yale struggled to get a job for four years. Finally, the man was hired by the Post Office and was “forever grateful”; so much so that he stayed there until his retirement, Mr Burtless said. 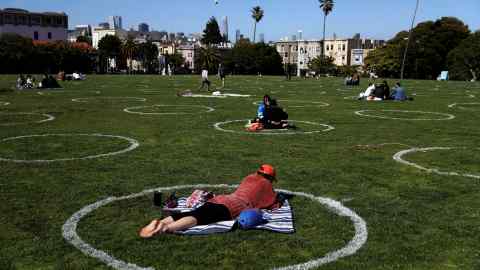 For this year’s crop of graduates, the crisis means tough decisions.

In New York Stephen Gloss, 21, was meant to graduate from the State University of New York at Albany in May. Instead, his graduation took place over Zoom. A business major with a double concentration in marketing and management, he said: “Now is the time when I’m regretting that I didn’t start looking for jobs sooner.”

After graduating, he had planned to work in sports marketing — his dream. With most major sporting leagues currently at a standstill, a planned internship at his hometown minor league baseball team or an entry-level job in the industry seem out of the question. “It’s tough, because right now there are no sports to market,” he said.

“I might have to take a job doing whatever — food services, retail — I just have to make money,” he added. He may become a teacher, something he thinks would be “a safe option”.

In Des Moines, Iowa, Emma Schulte, who is preparing to graduate from Drake University Law School later this year, said she wanted to pivot away from a planned career in legal aid to the private sector, so that she and her boyfriend can begin saving and have more financial security.

“There’s so much financial uncertainty. I don’t want to be in the spot I’m in again,” she said. “I graduate in December and I really want to be in a position where I can support myself.”

Soni Madnani, a graduating senior at Bucknell, had been planning to spend the next year teaching English in Indonesia on a Fulbright scholarship. That has now been cancelled, and instead she has gone back to her original plan: joining a Big Four accounting firm as an analyst, and counting her blessings.

“I feel really lucky I have something lined up,” she said, noting that many of her friends are now scrambling to get hired at bigger-name firms — hoping that a larger company will offer more stability.

“There is a pretty big feeling of hopelessness,” echoes Ms Sheth. Friends are watching start dates be pushed back to October, or even February, or, worse, be told that their job offer is now rescinded.

While normally many would be applying for retail or restaurant jobs to tide them over, even those have become unattainable under the lockdown. “It’s like every door is closed wherever you turn.”

Get alerts on US employment when a new story is published 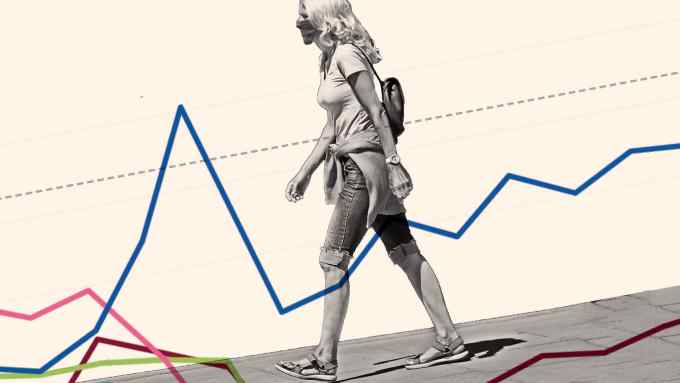