Silicon Valley and Washington in uneasy truce after Snowden

Edward Snowden changed the international politics of cyberspace forever. In 2013, the former contractor for the American National Security Agency provoked an international outcry by revealing the extent of US government surveillance in cyberspace. Much of the initial debate focused on demands for greater privacy on the internet. Since then, it has become clear that, in the post-Snowden era, the international politics of cyberspace has huge implications for almost every significant area of public policy — including business, economics, national security, espionage and the resilience of critical infrastructure.

In the US, the Snowden revelations provoked a serious deterioration in relations between Washington and Silicon Valley. The giants of America’s internet economy, such as Google and Facebook, were horrified by the risk that their customers might lose trust in their services. In response, they have accelerated the deployment of new technologies and forms of encryption that promise to protect their customers’ privacy.

Unfortunately, increased concern about privacy on the internet has coincided with a rise in public anxiety about the threat of terrorism. Western intelligence agencies, such as the NSA and Britain’s GCHQ, worry that the encryption of communications will make the internet “go dark” — and so make it much harder for them to monitor potential terrorist attacks. The result has been a stand-off in relations between Silicon Valley and Washington, with the threat of new legislation in the background.

Cyber security has also become a thorny problem between the US and China. In recent years, China has done more to fortify its “great firewall”, which is intended to shut out “subversive” content from the west. In the post-Snowden era, the Chinese government has also put pressure on Chinese companies to buy less technology from the US. In this case, security concerns fit neatly with the goal of promoting indigenous Chinese technology. For its part, the Obama administration has long complained that US companies have been the subject of large scale and sustained efforts at industrial espionage originating in China.

The US and the EU are also concerned about cyber attacks from China and Russia that have implications for national security. The US government’s Office of Personnel Management was hacked from China in 2015, exposing the personal data of around 20m US citizens who had undergone background checks (including the fingerprints of more than 5m people). In Europe, the Russian government has been accused of launching cyber attacks on its neighbours in efforts to disable the internet at times of political tension. The first such attack was allegedly launched on Estonia in 2007. Ukraine also experienced similar problems in 2014, at the time of Russia’s annexation of Crimea. 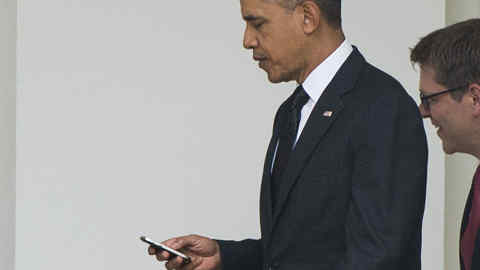 Until recently, there has been very little international effort to create an effective network of laws and agreements to regulate government behaviour in cyberspace. International relations theorists have often contrasted the ungoverned nature of cyberspace with the web of international treaties that covers arms control.

The failure of the world’s governments to reach agreements on the regulation of cyberspace reflects the fast-changing nature of the technologies. There has also been a reluctance on the part of the US to subject an industry — in which the nation has a clear global competitive advantage — to international meddling. Any such moves have tended to provoke warnings in Congress about “UN control of the internet”.

However, the extent of Chinese cyber espionage, combined with the post-Snowden backlash, seems to be changing attitudes. At the most recent US-China summit in September 2015, presidents Barack Obama and Xi Jinping agreed to co-operate much more closely on cyber matters. A joint US-China committee has been set up to deal with these. The fact that the committee includes top government officials from both sides suggests that both nations may be serious about these efforts.

But not all the damage of the Snowden revelations can be undone. Attitudes in Europe towards the US internet giants have become much more hostile in recent years. In countries such as France and Germany, the acronym GAFA (Google, Apple, Facebook, Amazon) is intended to describe an allegedly malign alliance of corporate and cyber power that is based in the US. 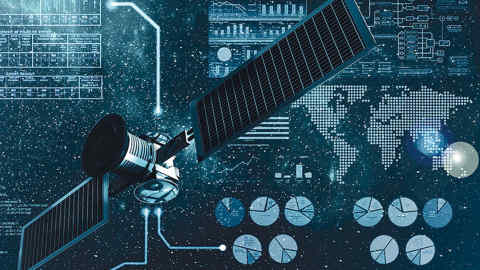 In 2015, the European Commission opened an antitrust investigation into Google, which is accused of abusing its market dominance in Europe. The European Parliament has even suggested the possible break-up of Google — separating its search engine from its other functions.

All this anti-GAFA activism in Europe and China has put the Obama administration in a tricky situation. Even as it clashes with Silicon Valley over issues of privacy and espionage at home, Washington feels the need to act overseas to protect the interests of companies — such as Google — as they are targeted by foreign regulators and governments. Such are the paradoxes of the post-Snowden world.