India raises tariffs on imports in bid to shore up rupee

India has raised tariffs on more than a dozen types of imports, becoming the latest country to turn towards protectionist measures as the fallout from the problems affecting some emerging economies spreads around the world.

New Delhi on Thursday raised the levies on 19 categories including gemstones, plastics, home appliances and jet fuel, in an attempt to shore up the ailing rupee. The country’s currency has fallen about 13 per cent against the US dollar this year, in part because investors have moved money away from emerging markets following the financial problems in Argentina and Turkey.

Analysts predicted the Indian move would provide some respite but warned it could undermine the reputation of Narendra Modi, India’s prime minister, as an economic moderniser.

“India from the middle of the last decade has presented itself as a country which is very aggressive on trade liberalisation — beginning negotiations and signing new trade agreements with countries around the world,” said Biswajit Dhar, an economics professor at Jawaharlal Nehru university. “But this move raise questions about Narendra Modi’s role as an economic liberal.”

New Delhi has raised tariffs on a range of imports in the past year, including solar panels from China and mobile phones.

India is the latest in a string of countries to take protectionist measures in an attempt to prop up its currency and domestic manufacturing industry. Pakistan, which only has enough foreign currency to cover two months’ worth of imports, last week raised tariffs on 5,000 different items, while the US and China are engaged in an escalating trade war.

New Delhi’s decision comes after the country’s current account deficit widened to $15.8bn, or 2.4 per cent of GDP, from April to June, up from $13bn during the first three months of 2018. 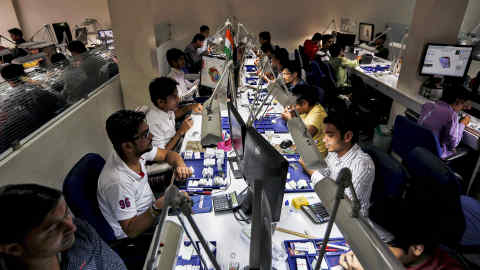 In the first few hours of trading after the higher tariffs came into effect, the rupee held steady. Stocks in airlines however, which have already fallen sharply this year as higher oil prices have eroded companies’ profits, tumbled again on Thursday morning.

Shares in Indigo, the country’s biggest airline by passenger numbers, fell 1.9 per cent to Rs873.40, while those in beleaguered Jet Airways, which is looking for new funding to improve its cash reserves, dropped 9 per cent to Rs174.75.

Economists warned that while the tariffs were unlikely to override the global pressures the country is facing.

Soumya Kanti Ghosh, chief economist of the State Bank of India, said the impact would only be felt in the short term. But with oil prices continuing to climb, the “rupee will continue to be under pressure”.

Colin Shah, vice-chairman of the Gems and Jewellery Export Promotion Council, said the rise in tariffs on diamonds from 5 to 7.5 per cent would hurt India’s diamond processing companies.

“Margins were already slim and now the cost of doing business has gone up further,” Mr Shah said, warning that the changes were on balance significantly negative for an industry that had already been hit by gold tariff hikes in recent years.

“We understand that right now the country has a problem with the currency. We just hope they will reverse these measures once the rupee stabilises.”

Some domestic companies, however, were boosted by the news.

Shares in Titan — a jewellery retailer that is part of the Tata conglomerate — rose 3.4 per cent on Thursday morning as investors reacted to a rise of 5 percentage points in tariffs of imported finished jewellery, from 15 to 20 per cent.