How to construct a mega-deal in emerging markets

May 2, 2019
Print this page
Experimental feature

Even a project eight years in the making and carefully planned can be subject to sudden swings of fate. Just days after a $28bn Malaysian refinery and petrochemical complex was signed off by its partners on April 1, an explosion — loud enough to be heard 50km away, according to The Straits Times — injured two workers and started a fire.

The setback could delay the start of production from part of the sprawling 80 sq km facility in southern Johor state for weeks or even months, says Sushant Gupta, research director at Wood Mackenzie, the energy consultancy.

But a stroke of good fortune looks likely to have a greater impact on the long-term health of the Pengerang Integrated Petroleum Complex.

New regulations from the International Maritime Organisation, which were designed to cut sulphur emissions and are scheduled to come into force on January 1 2020, will push the global shipping industry to switch from burning high-sulphur fuel oil to diesel.

Although the new regulations were not even a glint in the IMO’s eye in 2011, when the Pengerang project was first formulated, the refinery has by happy chance been designed to produce lots of diesel and little fuel oil. More happily still, it is slap bang next to Singapore — the world’s largest bunkering hub, where vessels refuel.

“The complex will benefit very much from this IMO regulation, they are coming [on-stream] right on time,” says Mr Gupta. “[The complex] was originally conceived because of rising petrochemical demand. The IMO regulation is the cherry on the cake from the margin perspective.”

More than anything, though, the project — likely to start commercial production in the fourth quarter of the year — is testament to the endeavours of an estimated 80,000 workers who have toiled to conjure the complex into being.

Number of contracts Shearman & Sterling needed to advise on, ranging from shareholder agreements to engineering, design and licensing arrangements

Among those are a team of Singapore-based lawyers at law firm Shearman & Sterling, who have been working on the project from the outset when they were drafted in by Petronas, Malaysia’s state oil and gas company and the progenitor of the project. “It’s a huge deal, transformative for Malaysia in many respects, especially for the Johor region” says Bill McCormack, the firm’s Asia regional managing partner.

“Malaysia has always had plentiful natural resources and has exported oil and gas for a long time but this is Petronas taking control of the downstream [processing]. As you go further down the [production] chain there is more margin, more value,” he says.

Such an extensive project — which Mr McCormack touts as the largest project financing deal ever in south-east Asia, involving not just the refinery and petrochemical plant but also power and water projects and a liquefied natural gas terminal — was always going to be complicated.

The complexity was ratcheted up a notch further in 2014-2015 when, with oil prices falling, Petronas drafted in its towering Saudi counterpart, Saudi Aramco, to help out with the financing.

Aramco agreed to pump in $8bn in return for a 50 per cent stake in the 300,000 barrels-a-day refinery and petrochemical elements of the scheme, with a right to provide at least 50 per cent of the crude supply. This was the largest ever foreign direct investment in Malaysia. It also meant Shearman & Sterling needed to advise on more than 200 contracts, including shareholder agreements, long-term crude supply, natural gas supply, utility support, product offtake and risk allocation deals, as well as financing and the front-end engineering, design and licensing arrangements.

“In terms of complexity and scale this was off the charts,” says Mr McCormack, whose colleagues on the project included Anthony Patten, global head of Shearman & Sterling’s oil and gas group and Ben Shorten, regional head of its projects practice. “The sponsors [Aramco and Petronas] sell crude to the refinery, which refines it and sells the product to the [petrochemical] plants, which refine it further and sell the product to the offtakers, who sell to the market. There are multiple links in the chain and the documents need to be ‘back-to-back’ and work together in a consistent manner.”

In terms of complexity and scale this was off the charts

Moreover, the carve-out of part of the complex meant the two separate ownership entities needed to cross-guarantee each other in order to secure bank financing, which was led by BNP Paribas.

The credit export agencies of countries such as South Korea, Japan and Italy also provided financing during the construction phase, which Mr McCormack says is often essential for large projects in emerging countries. “Malaysia is on track towards developed country status but commercial banks typically may not lend to a project of this scale without having export credit agencies involved,” he says. “It’s a question of liquidity but they also want protection in respect of certain commercial and/or political risks.”

Mr Gupta says all the hard work will be worth it. In the long run he forecasts Pengerang will be a “top quartile” refinery, with an average refining margin, or “crack”, of $7-$8 per barrel across its range of diesel, gasoline, fuel oil and other products.

Although the complex is gearing up to start commercial production — explosion-related damage notwithstanding — by the end of 2019, Shearman & Sterling’s work is unlikely to be complete for some time to come.

Mr McCormack says the firm hopes to have an “ongoing maintenance role”, which could cover anything from further expansion of the complex to the refinancing of its debt.

Shearman & Sterling had formerly worked with Petronas on a smaller project that closed in 2004. Some 15 years later, his team are still fielding questions about that scheme. 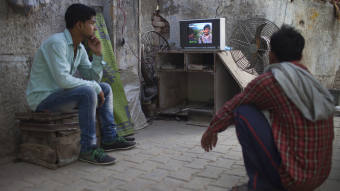