BuzzFeed’s bumpy listing signals what digital media is actually worth 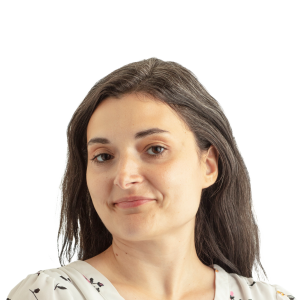 When Jonah Peretti, the founder of BuzzFeed, rang the opening bell on Wall Street, taking his 15-year-old media company public on Monday, it was a festive affair. Confetti shot in the air as Peretti posed for photos and the group’s employees dutifully whooped behind him, holding up signs that read “Omg”, “Win” and “Glad we didn’t sell to Waystar” — a cheeky reference to the fictional company from TV drama Succession.

The cheering ended there. After initially popping up more than 50 per cent in the morning, BuzzFeed’s share price plummeted, ending the day down more than 11 per cent. It fell a further 8 per cent on Tuesday, 2 per cent on Wednesday and 24 per cent on Thursday.

This should not come as a surprise for a listing that had already appeared doomed. Days before the stock went live, BuzzFeed ominously disclosed that the investors in its special purpose acquisition company, or Spac, had fled the scene. After finding out they had signed up to invest in BuzzFeed, they pulled out 94 per cent of their money.

To be fair, “redemptions” of Spacs — investors who initially committed money but later withdrew it — have been up across the board as the Spac itself has gone out of vogue. The average redemption rate in the third quarter was 52 per cent, up from 10 per cent during the first three months of the year, according to Dealogic.

But at 94 per cent, BuzzFeed’s is far worse than the average. The company received only $16m from the initial $288m raised by 890 Fifth Avenue Partners, the Spac that merged with BuzzFeed to take it public.

BuzzFeed’s initial public offering is something of a referendum on digital media, a sector that in its boom time attracted $100m in investments from venture capitalists — and then suffered an equally stunning fall. At any given moment in the past decade, investors viewed the likes of BuzzFeed as either the saviour of media, or a WeWork-reminiscent failure.

Last week, I spoke with Peretti — the pioneer of “going viral” — about going public. The founder, who views BuzzFeed as a trailblazer to legitimise digital media and help consolidate the sector, brushed off the non-believers. “If you have the leader [in the industry] public, trading at whatever multiple we need to trade at, then it’s possible to say to the subscale players: ‘Hey, why don’t you come join us?’,” he posited.

Peretti said the digital media industry has been stuck in an era when “everyone is imagining what they’re worth”. He wants journalists and investors to look past the hype cycles and focus on BuzzFeed’s financials.

He makes a good point. Calculating the value of digital media companies has historically been a murky art, not a science. As the industry has consolidated in recent years, deals were often done in stock not cash, allowing companies to effectively make up their own valuations. Now the public market will make the call: how much is BuzzFeed actually worth?

The typical shorthand is taking the ratio of market capitalisation to annual net income. BuzzFeed’s market value dropped to $775m on Thursday. In the past year through to the end of September, it made $16m in net income, or $3m when adding in Complex, which BuzzFeed agreed to acquire in June. This gives it a multiple of more than 250 times net income.

Several years ago, investors and analysts had pondered whether BuzzFeed would topple the likes of the New York Times, the stodgy old newspapers seen as ill-equipped for a digital world. The Times has since proved itself to be a standout success story and now trades at a multiple of 47 times its net income, putting it in the neighbourhood of Netflix.

So, the market is telling us BuzzFeed should be treated differently from the New York Times. Executives at 890 Fifth Avenue, which chose BuzzFeed as its Spac target, were attracted by its revenue multiple — a metric typically used for promising start-ups that are growing fast but do not make a profit.

By this measure, BuzzFeed looks cheap. Its market capitalisation stands at about 1.5 times its annual revenue, while Axel Springer in August agreed to acquire digital news site Politico for $1bn — about five times its revenue. Vice in 2019 bought Refinery29 in a deal that valued the group at about four times annual revenue. Adopting these multiples, BuzzFeed should be valued closer to $2bn or $2.5bn.

BuzzFeed executives would love to be compared to social media stocks, which command even higher valuations. Snap’s market capitalisation is 24 times its annual revenue, while Twitter’s is eight times annual revenue.

The problem is this thesis rests on the assumption that BuzzFeed is a start-up with a clear path to profitability, not a 15-year-old media group past its peak. BuzzFeed was founded in 2006. It is no longer a new disrupter. The group this year won its first Pulitzer Prize, indicating that the company still has room to grow — at least in its journalism.

But Rich Greenfield, media analyst at LightShed, is sceptical. “If you believe that they are in hyper growth mode where it’s early and they’re not yet generating profits and so you need to look out four or five years, sure,” he said. “The question is: this is not a start-up, it’s been around for how many years now?”