Toyota is making its first foray into robots for homes in its latest attempt to connect with consumers outside of cars.

The 10-centimetre talking robot called Kirobo Mini, which will be sold in Japan from next year for ¥39,800 ($392), claims to have the intelligence of a five-year-old and can learn phrases and recognise facial expressions with a built-in camera and sensors.

The new venture comes as Japan’s largest carmaker is investing in artificial intelligence and poaching global robotics experts to battle incursions into the automotive industry by Google, Apple and other technology rivals.

At home, Toyota is wrestling with a shrinking market due to a declining population, ageing drivers and a young generation with little or no interest in owning vehicles.

“This (product) may help people get interested or fond of Toyota, or help in connecting with our customers who have let go of Toyota vehicles,” said Fuminori Kataoka, general manager in charge of the Kirobo project.

It is not the first time the carmaker has ventured outside of its auto business. In addition to vehicles, Toyota also makes houses, marine products and even sells grass that it says can grow in harsh environments.

Its robotic research dates from 2000 and the company has previously experimented with a trumpet-playing robot. But its recent efforts have focused on developing robots that help the victims of strokes and other debilitating disorders to regain their sense of balance and muscle control.

Toyota will be partnering with Vaio, the personal computer company that was spun off from Sony, to manufacture its first mass-produced robot. Vaio’s plant in Nagano prefecture is also where Sony’s Aibo robotic dog was formerly produced. 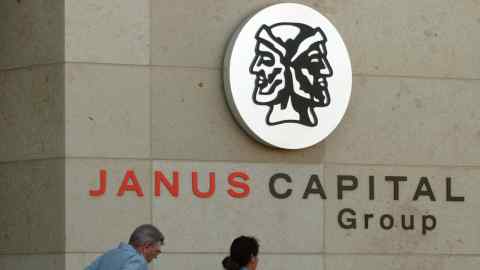 The palm-sized robot, with big eyes and red shoes, is small enough to be carried around. When placed in cars, it encourages safe driving by saying phrases such as “Oops!” when the driver suddenly brakes, and “Don’t leave me behind”, when left in the vehicle.

Still, Mr Kataoka said Kirobo did not have the level of comprehension that could be defined as artificial intelligence, and was mainly intended for emotional connection.

Japan is already home to various companion robots including SoftBank’s Pepper and Fujisoft’s Palro, a dancing and singing compact humanoid, but demand has been mostly limited to robot enthusiasts and elderly care homes.

Toyota also remains uncertain whether there would be overseas demand for a companion robot without any practical function — a reason why it has yet to set a date for Kirobo’s sales launch outside of Japan.