New Delhi scrambling for ways to shore up depreciating currency

Kiran Stacey in New Delhi and Simon Mundy in Mumbai

Indian business leaders are engaged in frantic last-minute lobbying to persuade ministers not to hit their sectors with import tariffs as the government struggles to stabilise the fast-dropping rupee.

New Delhi is expected to announce the details of a plan to shore up its battered currency within days, which Arun Jaitley, the finance minister, said last week would include curbs on “non-essential” imports.

The government’s plans would make India the latest country to turn to protectionist measures in an attempt to boost its own economy. On Tuesday its neighbour Pakistan imposed import restrictions as it battled to restore its depleted reserves of foreign currency, while the US and China are engaged in an escalating trade war.

Mr Jaitley’s announcement on Friday came after the rupee dropped to its lowest ever level against the dollar, hit by worries about emerging economies generally, and specifically by concerns over India’s widening current account deficit. India announced this month that the deficit had widened to $15.8bn, or 2.4 per cent of gross domestic product, during the April-to-June quarter. The rupee has lost about 12 per cent against the dollar this year.

Officials are now drawing up a list of items that could fall under the new restrictions, with gold, textiles, electronics and telecoms equipment all reportedly under consideration.

Business groups are urging the government, however, to limit the number of goods that will be targeted, warning the measures inadvertently risk hurting exports.

“You cannot target such a broad base of things,” said one business leader who did not want to be named. “Many of these goods are used as inputs into exported goods, or in widely-used domestic items. It would have the opposite effect to what they want to achieve.”

Telecoms companies, for example, import around 90 per cent of their network equipment, including receivers, antennas and routers. They say it would not be possible to buy such items domestically. 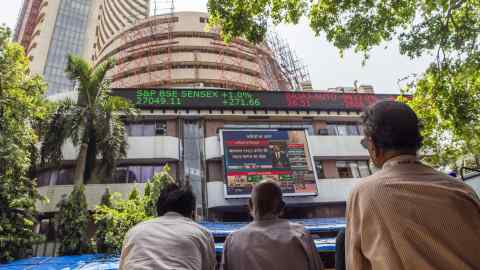 “If they have to pay more for these items, mobile users will pay more. If they cannot buy them, they will hold back on developing mobile infrastructure.”

One of the most sensitive items reportedly under consideration is gold, which is used across India as a common means to store wealth, and is also used extensively in jewellery exports.

Colin Shah, vice-chairman of the Gems and Jewellery Export Promotion Council, said: “While they want to bring in import curbs, they also want to increase exports.” He noted that the import duty on gold and silver had already been raised from 2 to 10 per cent over 15 months from March 2012.

Analysts warned that restrictions on steel imports would damage industries such as construction and carmaking. Amit Dixit, an analyst at Edelweiss Securities, said: “[Steel import restrictions] would be a boon for steelmakers but downstream industries would definitely suffer.”

Officials are also having to tread carefully to avoid breaking World Trade Organization rules. India is already under pressure at the WTO, having been challenged by the US over six different export subsidy schemes, worth a total of $7bn.

Under the WTO’s information technology agreement, for example, members cannot levy import tariffs on a range of telecoms equipment. On other goods, such as textiles, India is already close to the maximum allowed tariff.

“In many cases we do not have much headroom — we are already close to our bound rates,” said Biswajit Dhar, an economics professor at Jawaharlal Nehru university.

Mr Dhar added that these rules could be bent in special circumstance, but only if there is an impending crisis.

“We still have enough foreign currency to cover eight months’ worth of imports,” he said. “That is not likely to be bad enough for the WTO.”

Pakistan, in contrast, has less than two months’ worth of import cover and may soon have to approach the International Monetary Fund for a bailout.