This autumn, four multinationals will test an online course to help employees find a sponsor — a senior colleague who will stick his or her neck out to advance their career.

The programme is aimed primarily at women and ethnic minorities — on the grounds that they receive far less active support than white men.

Women have tended to “put their heads down and imagine there is somebody in the sky taking notes” on how they are doing, says Sylvia Ann Hewlett, whose Center for Talent Innovation in New York developed the course. “Whereas men more intuitively understand the importance of who you know and your ability to project yourself at work.” And it is easier for them to do so.

For years, research has found that mostly male, white leaders are more likely to extend an active helping hand to “mini-me’s”. This also helps to explain why men are more likely to receive sponsorship from their mentors. Not only are men more likely to socialise with each other in the pub or on the golf course, but there is also less fear of gossip about a close working relationship between a senior and junior male than one between an older man and a younger woman.

The aim of CTI’s Sponsor Ready programme is to help companies retain talented mid-career employees whatever their sex, ethnicity or sexual orientation, which is also why the course animation features animals, rather than people. “We did not want to put anyone off,” says Julia Taylor Kennedy, the non-profit’s head of digital learning.

Rather than force senior people to sponsor particular colleagues, the aim is to make such support more accessible by explaining how power is transferred within organisations and “always has been”.

The course starts by working out whether employees in search of a sponsor understand what their company values, needs and rewards. To “earn” sponsorship, explains the British-born Ms Hewlett, a protégé must deliver work results “like crazy, 110 per cent”, as well as demonstrate loyalty, trustworthiness and a distinct skill.

Women in business
‘Brutal advice’ has its reward 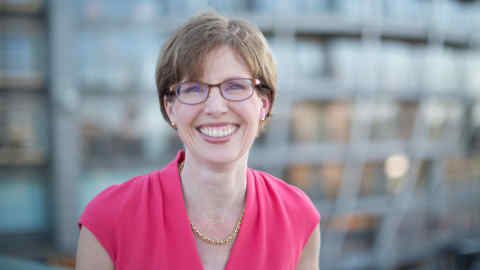 Sponsors in turn benefit as their protégés form “a posse of high achievers” who hitch themselves to their star. “Very few women and minorities achieve this,” says Ms Hewlett. “As a result they become isolated . . . and very rarely reach the highest ranks of leadership.”

For Allyson Zimmermann, European executive director at Catalyst, a global non-profit, the focus should be on “fixing the culture, not the women”.

“It’s not as simple as ‘get a sponsor and all will be well,’” says Ms Zimmermann. “Part of the reason women are not getting the same visibility [as men] is that they are getting smaller projects with less visibility.” This is why Catalyst’s mass online courses and corporate programmes include training to tackle leaders’ unconscious bias.

All agree progress will accelerate as more women occupy senior positions, giving them the critical mass to mould an organisation’s culture into one that is more collaborative and supportive of diversity. In the meantime, any scheme that widens access to power brokers can only help diversify a company’s top ranks.