Alexandre Noll: the reclusive designer and furniture maker is finally under the spotlight

He made bespoke furniture for Françoise Sagan; was encouraged to think bigger by Jean Cocteau and Jean Marais; his children were given sticker books handmade by the poet Jacques Prevert; but it’s unlikely you’ve heard of Alexandre Noll. An artist and designer, working from the 1920s to a few years before his death in 1970, Noll spent his days hidden away in a studio in Fontenay-aux-Roses, making just occasional visits to Paris’s Left Bank cafés 15km away. In his suburban back garden he created small objects, then furniture, and finally large abstract sculptures. When arthritis destroyed his manual strength, he went back to painting and drawing for the last years of his life.

Now, Bonhams in New York is dedicating a whole sale to his work on December 12, cherry-picking the slicker parts of his practice, and doubtless hoping to align his name with other practitioners of highly collectible 20th-century art and design.

Noll’s work certainly stands out, from the finely carved wooden pieces — intricate umbrella handles in ebony and maple with eggshell inlay, elegant trays and circular mahogany boxes with inlaid sycamore lids that sold at chic Parisian emporia — to the later totemic sculptures, with uprights and cross-braces hewn from knotted, flawed wood that have an almost religious power.

In the middle comes furniture that, at its most extreme, can be an acquired taste: sometimes wilfully rustic, always ferociously present, it’s carved out of solid pieces of wood, preferably with very little grain. A series of barrel-shaped bars, for example, wouldn’t look out of place in the cartoon cave the Flintstones called home.

One such, from 1946, is known as “the tooth” and sits today in the museum at Roubaix in northern France. Hewn from beech and celebrating every last lesion and crack in the natural wood, it shows Noll’s love of chiselling directly into the material, then polishing it all down to a silky sheen. Another, which will go under the hammer in December, was made in 1947 in a dark sapele as sleek as a wet otter’s coat, and seems to be standing on its hind legs.

Noll was born in Reims, north-eastern France, in 1890, and felt the full impact of two major wars. He grew up in Savoy, on the Swiss-Italian border, with parents of German descent, who had only become naturalised French citizens in the 1870s. When war broke out in 1914, he was sent to the Dardanelles. Art became a therapeutic tool against the horror of wartime experience.

“He was tormented by it,” says his grandson Dominique, in an interview he gave to Bonhams. “You can see that in the wood engravings he did at the time.” In a Symbolist style, they are filled with dark, gloomy houses and scurrying black figures.

Once demobbed, Noll decided not to follow his designated path into the family banking business. Now married and with a child, he used his family money to buy the 1910 house in Fontenay-aux-Roses and started his life-long love affair with wood.

First, he made the decorative umbrella handles, then wooden clog-type soles for a shoe company called Perugia. Paul Poiret, the first couturier to liberate the female form from pinched waists and put ankles on show, commissioned a series of organically twisting lamp stands.

Clearly not immune to the artistic impulses of the time — Jean Dubuffet’s art brut; Jean/Hans Arp’s sculpting in the round; Brancusi’s poised and pioneering carvings — Noll seems to have paid plenty of attention to the surge of these modern movements, then followed his own path. Instinctive and intellectual, primitive and polished, his real driver is the material itself, his entire oeuvre a homage to its natural qualities.

In the second world war, and already 50, Noll joined the “camouflage brigade”, a group of artists commissioned to come up with new patterns. Having shored up the basement of his house with unused railway sleepers to create a bombproof room, he started to carve furniture and sculptural works out of these massive pieces of wood.

There are chests with handles sculpted out of the drawer fronts that look like human eyelids; others with organically frilled edges or massive wooden locks; tables and chairs that could have come from a 16th-century farmhouse. Vernacular, anthropomorphic, historicist, all finished off with a virtuosic sheen. When he moves on to sculpture, from the early 1950s to 1965, it is purity of form that prevails.

In June, Bonhams sold four works by Noll in Paris. “It went well, and Dominique, who still has a lot of the work, decided it would be a good idea to arrange a wider sale in New York,” says Benjamin Walker of Bonhams. “The appeal for him is finally to tell the story of Alexandre Noll, and for more people to enjoy the work.” It is likely that a number of museums will be bidding for certain pieces, though Walker hopes that is only half the story. “It’s very tactile work,” he says. “As much as it looks good in a vitrine, I think people should live with at least some of it.” 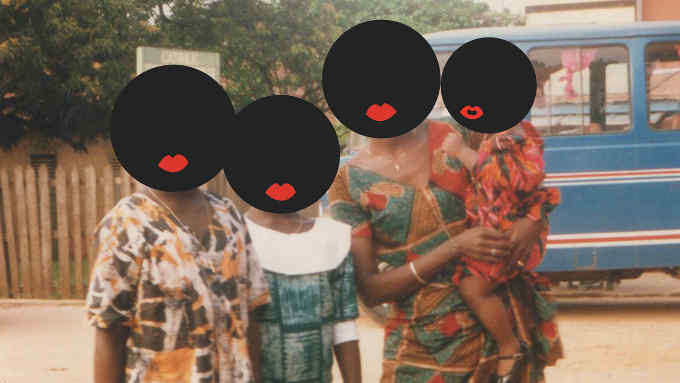