Digital upstarts muscle in on US core banking services

Main Street’s biggest banks have grown familiar with conceding market share to hungry upstarts venturing into arenas that were once the preserve of the regulated few.

The US mortgage market is a case in point. America’s top three lenders — Wells Fargo, JPMorgan and Bank of America — have seen their share of home loan origination fall from a peak of 49 per cent in 2010 to just 19 per cent in the first half of this year.

After shifting from being a traditional home loan lender in the late 1990s to an online-only provider, Quicken Loans became America’s largest mortgage lender last year. It closed a record $32bn of loans in the second quarter this year, and is on track to beat that in the third.

Now, an even newer breed has a broader swath of the US banking market in its crosshairs, offering products that cover virtually all of the day-to-day activities that lie at the core of traditional banks’ lucrative relationships with their customers.

They are joining a digital banking landscape that already includes players like Simple, backed by BBVA, and Goldman Sachs’s Marcus, which offer interest rates on deposit accounts at around 2 per cent. This outguns the biggest traditional banks whose rates are as low as 0.01 per cent.

Digital banks from overseas are also flocking to the US. Germany’s N26 has already launched, the UK’s Monzo has begun signing up customers to its platform, and Israel’s Pepper is on course to enter the market mid 2020.

For banking incumbents, branching out into digital by no means guarantees a hit. JPMorgan Chase, America’s biggest bank by assets, shuttered its in-house digital bank Finn back in June, lending weight to the theory that the cutting edge of banking is best left to Silicon Valley and the digital banks that have already proven their mettle abroad.

Gordon Smith, JPMorgan’s co-president and head of its community and consumer banking division, says that losing share in the checking account market would be a lot more serious for his bank than losing share in the mortgage market, where it deliberately pared back its business after the financial crisis a decade ago.

Chase remains enthusiastic about its other digital in-house challenger, a peer-to-peer payments platform that Mr Smith says is “growing rapidly”. Zelle does close to double the business of rival Venmo, a PayPal-owned service that helps people split bills and share payments. Mr Smith believes there is “plenty of room” for both platforms.

Digital entrants have been most successful in countries like the UK, where regulatory initiatives that encourage people to switch provider have taken off, and in markets such as India where large proportions of the population are “unbanked” and lack easy access to financial services, according to Brian Foran, banks analyst at Autonomous, a research provider.

The US, on the other hand, already has about 4,600 commercial banks, plus many more thrift associations and credit unions, and one of the highest levels of account ownership, according to the latest World Bank financial inclusion index. This, Mr Foran argues, will work against the newcomers.

“What are these [new] banks going to offer me that my existing banks can’t?” asks Mr Foran. “The quiet death of Finn was just people saying . . . ‘why don’t I just get the Chase app and have the bank access?’.”

Beyond consumer services, America’s big banks are also facing increasing fintech competition in small-business lending. One such is OnDeck, which has loaned more than $12bn to small-business owners. Having traditionally operated under the charter of another bank (Utah’s Celtic Bank) — a preferred modus operandi for many fintechs — OnDeck announced in July that it would apply for its own charter or acquire a bank that has one.

“We’re trying to get the best of both worlds, our technical ability coupled with the stable funding of a bank,” says Noah Breslow, OnDeck’s chief executive.

Mr Breslow is dismissive of the argument that market share will ultimately ricochet from newcomers back to traditional banks when digital SME lenders face their first major economic downturn.

“I don’t dispute that when the next recession comes, there’ll be a shake-out in non-bank lenders,” he says. “The stronger ones will survive and maybe consolidate into others.”

In the mortgage market, meanwhile, Quicken chief executive Jay Farner believes the battle is not so much about banks versus non-banks, but rather who can offer the most to clients.

“Anyone who is willing to invest in the client experience, in understanding how you can leverage technology to create a better process . . . will be a competitor in the future,” says Mr Farner. “It’s a huge market and we’re just scratching the surface.” 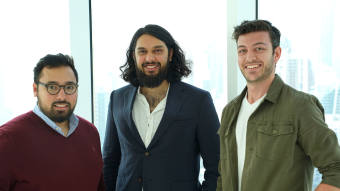