It began with hesitant applause and some whistles for the Netflix logo (still contentious at any film festival) and ended with a rapturous ovation. The latest from Noah Baumbach is a beautifully crafted cracker that could be dubbed Divorce, Californian-style, a howlingly funny and utterly heartbreaking dramedy about how “I do” becomes “I don’t any more” and finally “screw you”, despite best intentions.

Having made the children of a separating couple the primary focus of his 2005 breakthrough The Squid and the Whale, here the writer/director shifts focus to the embattled parents. Adam Driver and Scarlett Johansson are on finest form as a couple whose intentions to decouple courteously are undone by an adversarial LA system, especially once the lawyers get involved (a sharklike Ray Liotta outdone by smiling assassin Laura Dern).

We learn early on that Charlie and Nicole’s differences have become irreconcilable but that they want to minimise the collateral damage, not least for the sake of their eight-year-old son Henry (Azhy Robertson). Dad is an effortlessly affable but self-absorbed New York theatre director, Mom a loving but unhappy actress who longs to return to the California of her childhood — and this is the first major bone of contention.

There are echoes of Annie Hall in the East-West Coast divide and the way it comes to represent not just a gap in geography but in mentality, symbolic of the widening rift itself. It’s been clear for several years now that Baumbach has picked up where Woody Allen left off (or might have), and with Marriage Story he gives us his Husbands and Wives. He still does the smart-mouthed situation comedy but here it is spiked with a bracing dose of John Cassavetes intensity, enabled by gutsy performances from his main cast and supporting players (too many to mention but Alan Alda stands out).

As the film wears on, Baumbach keeps stripping away layers to expose the raw, trembling core of vulnerability underneath and his actors never falter. Adam Driver in particular is outstanding, combining swagger, sensitivity, self absorption and grief, but Scarlett Johansson too does her best work in many years.

This is a film full of subtly shifting perspectives. How can Nicole and Charlie be hugging warmly one minute and flashing daggers the next? How can the everyday compromises of parenting be so easily twisted under the cruel eyes of legal eagles? Baumbach never tries to reconcile the messy vicissitudes of human relations, and so he draws us in deeper. Nor does he take shortcuts for emotional effect. Kids in such films often become cheap fodder for easy humour or heart-tugging but Henry is neither adorable moppet nor world-weary wiseguy.

It’s hard not to think that Baumbach has mined his own marriage to Jennifer Jason Leigh for the material here (they too divorced in 2013 with one son) but if he has, he has done so with an admirable honesty and even-handedness. Latterly the film shifts focus towards Charlie but mainly because by this point Nicole has already moved on. Certainly neither is painted as despicable sinner or blameless saint, but though they may or may not succeed in their aim of avoiding lasting bitterness, Baumbach has with this deeply moving movie. 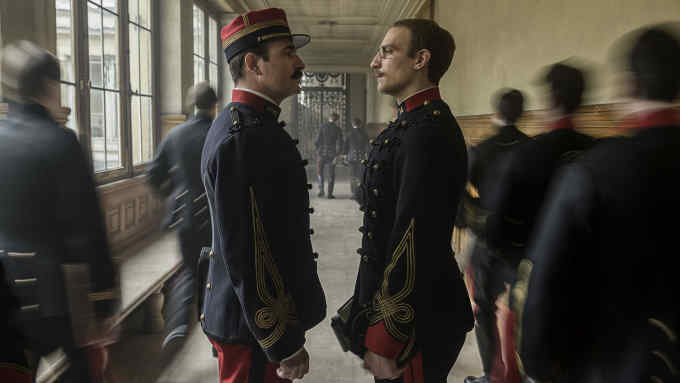