Rome is famed for its architectural beauty and ancient ruins, but it also has a reputation as a frustrating place to get things done. In recent years the city’s image has been tarnished by stories of piled-up garbage, creaking infrastructure and wild boar roaming the streets.

The arrival of Formula E racing in the Italian capital last year told a different story: It helped to prove that a city too often viewed as elegant but chaotic is capable of successfully hosting a logistically complex, modern sporting event.

The inaugural Rome ePrix, held in April 2018, saw the all-electric ABB FIA Formula E championship teams race around a 2.8km track in the EUR district. This is an area to the south of the city centre, commissioned in the 1930s by the Fascist dictator Benito Mussolini and later repurposed to become a business district.

The first race sold out, according to organisers, and the series then signed a deal with the city to host an event there for the next five years. This year’s race, which will be held on April 13, is also sold out.

The momentum around the race has given Rome a head start on other cities such as London, which recently signed a deal to host Formula E races again after it pulled out in 2016.

Having the race in Rome is important for Rome and Romans. It is something to be proud of

Working closely with the local authorities has been crucial in securing the Rome race. In 2012 an electric single-seater prototype, the basis for the first generation of Formula E cars, drove around the Colosseum in a street demonstration. At the time, however, a planned race did not get the green light due to “local politics”.

Both the city and Formula E have moved on. “Formula E continues to have strong political support and our relationship with the mayor [Virginia Raggi], her staff within the city council and the EUR district is stronger than ever,” says Renato Bisignani, Formula E’s Rome-born director of communications who was involved in organising the event in his home town.

Part of the attraction of hosting an ePrix is not only to hold a high-profile, international event, but also to raise awareness of electric vehicles as part of a programme to install charging stations across the city.

Alberto Piglia, head of electric mobility at Enel, the Italian utility organisation that has partnered with Formula E to supply power to the Rome race, says that the event has coincided with more Italians opting for electric vehicles. Enel helped to install 5,000 charging points across Italy in 2018 and there are now 150 in Rome, according to Mr Piglia.

The race in Rome came at a “moment of transition towards electric mobility” in Italy, he says. “Last year electric car usage doubled in Italy. We are talking about from a low base, but the growth was large. The Formula E event sparked even more interest. For us in our home country it is positive.”

Hosting an ePrix also gives the city a sense of pride, says Mr Piglia. “Having the race in Rome is important for Rome and Romans. It is something to be proud of, it shows the city’s openness towards the future.”

Mr Bisignani says that in spite of the strong support from local authorities, the organisation of a Formula E race presents logistical challenges — and Rome has been no different.

One test is designing a track on city streets that is suitable for racing, according to Mr Bisignani. “Rome offers one of the most exciting and competitive track layouts — a real challenge for drivers, with uphill and downhill straights and corners which put their skills to test,” he says.

The temporary disruption to traffic — both during the event and while preparing for it — and managing the large crowds that attend are other tough logistical tasks for the city and organisers to overcome.

“In Rome, like in all cities, our first goal is to minimise disruption for the neighbourhood,” says Mr Bisignani. Formula E works closely with the local municipality and transport authorities to organise alternative routes to ensure the traffic flows as smoothly as possible around the event, he says. This includes working on race preparation “mainly during night hours to avoid road closures,” he adds.

Mr Bisignani says that the local enthusiasm for the race proves that there was pent-up demand in the city for something like an ePrix. “Rome has had an appetite for an international sporting event of this calibre and the reception has been mind-blowing.”

At a time when there are few positive stories about Rome, the staging of the championships has offered a template for similar events that might help rebuild its standing as a place known not only for its history, but also as a functioning modern city. 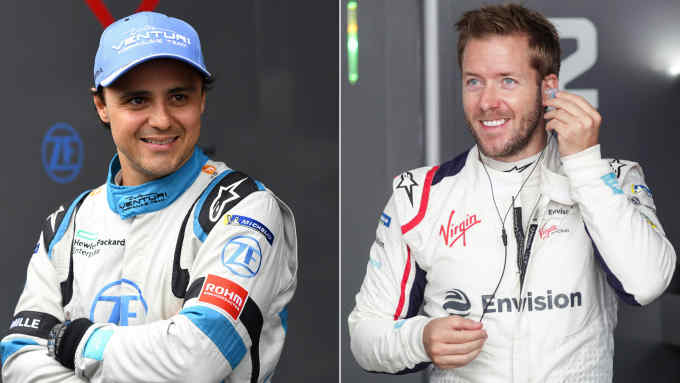