Ancient and active: are older staff in the workplace to stay?

As people live longer so they will work longer. This is in part because governments cannot afford to pay pensions over extended lifespans and workers need to save more to fund their retirement. As mandatory retirement is phased out, many people will stay in work not just for money, but for social interaction and purpose.

Over-50s in the US are predicted to make up 35.4 per cent of the workforce in 2022, up from 24.6 per cent in 2002, according to the AARP, an American non-profit organisation that advocates for older workers. In the UK, in the year to May 2019, more than half the annual increase in the workforce came from the 50-64 age group and a further quarter from the over-65s, according to the Office for National Statistics.

The influx of older workers could bring benefits: research suggests that mixed-generation teams are more effective than those made up of one generation. It also means that employers can retain skills.

Some companies, including fast-food chain McDonald’s, are adapting their practices to suit older workers. Melissa Kersey, chief people officer for the US, says the business wants to become known as “a place where people at every stage of working life can see themselves grow and thrive, while bringing stability and a different perspective that everyone can learn from”.

The company has found that over-50s want shifts that fit with their set lifestyle, while younger workers like the freedom to choose when they work. McDonald’s offers both and finds the generations’ work patterns are complementary. Generally, older workers are more steady and stay for longer, whereas younger people work for the summer and return to education in the autumn.

The carmakers Porsche and BMW have adapted their production lines to the needs of older workers. At Porsche, employees can wear exoskeletons to help them with repetitive tasks and prevent strains.

One of the greatest challenges older workers face is ageism, according to a report by the Milken Institute, a California think-tank. It found that older employees tend to be characterised as “slow, unmotivated and out of date”.

In part, this is the legacy of the past. “When most jobs required brute strength, young people did outperform their older counterparts. But the physicality of work decreased with the transition from agricultural to service economies, and with it the importance of physical might.”

One reason older workers tend to be self-employed is to avoid pervasive ageism, says Andrew Scott, co-author of The 100-Year Life. “The change required involves moving away from current age-based policies around retirement, recognising the diverse needs of older workers and allowing for flexibility,” he says.

In truth, workers will need flexibility in terms of hours and location at many stages of their professional lives. As people work longer they need to be encouraged to pace their careers — by taking time out or working flexibly — to avoid burnout. For some older workers this may include less travel, working part-time or planning to wind down into retirement.

Longer working lives will also change the traditional three-stage career path of education, followed by one career and then retirement. Instead people may have several different careers. In this view of the future, retraining becomes ever more important as workers need to keep learning.

Employers will have to look carefully at professional development, particularly how to avoid any age bias that could affect training. Research described in the Harvard Business Review found that those leading training on a computer task had lower expectations for older workers and so provided lower quality training, compared with how they responded to younger trainees.

It’s this ageing of our workforce, much more than the future risks of automation, that policymakers and employers should be focusing on

“The potential consequences of these findings are alarming,” the experiment notes. “Inferior training can result in reduced learning and ultimately interfere with employees’ job performance.”

Inevitably with longer careers, the workplace will also include more generations. Emerging literature, according to the Milken Institute, “suggests that mixed-age teams may outperform both exclusively young and exclusively old groups, making the bottom-line case for age diversity”.

Different experiences stop groupthink and encourage creativity. “The diversity of thought from mixing the fresh perspectives of youth, combined with the experience of age, can be quite powerful,” says Stuart Lewis, founder of Rest Less, a British jobs and advice site for the over-50s.

This could have interesting implications for the structure of future workplaces. Mr Lewis says interaction between the ages has traditionally been by hierarchy, with older workers generally senior to younger counterparts. In future, as careers become less linear, companies will have a mix of generations working together as equals.

Organisations need to plan now to ensure they are ready for this generational shift. As Tony Wilson, director of the Institute for Employment Studies, wrote in a blog post this year: “It’s this ageing of our workforce, much more than the future risks of automation, that policymakers and employers should focus on.” 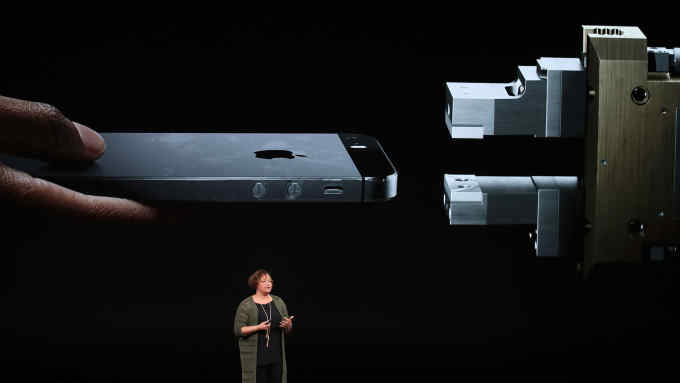