A new international court designed to promote innovation by making the protection of intellectual property cheaper and easier has been delayed, in a double blow from the UK government and a German constitutional court.

Hopes for the creation of the Unified Patent Court now hinge on the German government’s push for a fresh vote on its UPC legislation.

The UPC was due to go live next year — depending on confirmed ratification by the UK, Germany and France — with the purpose of adjudicating disputes between holders of a European “unitary patent”.

But in March, the UK confirmed it would withdraw its backing for the UPC following earlier indications it would support the new framework despite Brexit. Then, Germany’s constitutional court unexpectedly ruled out the country’s support for it on a technicality. Backers of the UPC are now scurrying to reorganise plans to get the court’s launch back on track. 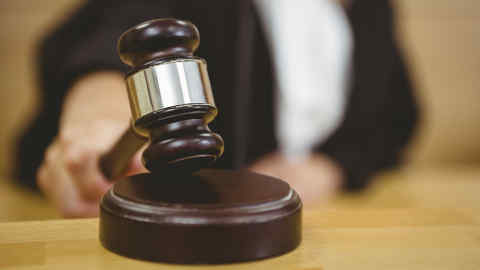 The concept of a simplified patent system across Europe and the UK has been in the making for more than 40 years. The first step was to set up a pan-European patent, which would provide protection of ideas across all its signatories — a simpler, cheaper and more comprehensive alternative to the system of national patents, experts say.

The reforms also require a court where multi-state patents can be defended. Progress towards this harmonisation of national patents has been by fits and starts — culminating in the creation of the unitary patent in 2012. Currently all EU member states except Spain, Poland and Croatia have signed up for the unitary patent regulation, but states will only participate once the UPC agreement to create the new court is ratified.

A central court where innovation can be defended in one place is key to the operation of a unified patent, says Carol Plunkett, a commercial litigator at William Fry in Dublin. Presently, even though inventors can apply for a patent at the central European Patent Office, the body does not provide a single European patent as such. Instead, applicants essentially receive a bundle of independent national European patents which are enforceable in national courts — each with their own national laws, procedures and levels of competence in intellectual property law.

“The concept of a single European patent and a unitary court is a good one,” says Ms Plunkett. “It could be particularly useful for small businesses that want to patent their invention and just make one patent application rather than applying in multiple countries and then, if there’s a conflict, defending in one court, rather than defending around Europe in different jurisdictions with different procedures. It can be incredibly costly and a logistical challenge.”

While the UK’s vote to leave the EU in 2016 complicated matters, the UK government voiced its intention to be part of the UPC by ratifying the agreement that would have triggered the court’s creation in 2018.

Patent attorneys from the UK and Germany account for nearly 80 per cent of the work brought before the European Patent Office, says Patrick Cantrill, senior counsel at Womble Bond Dickinson, a law firm operating in the UK and US.

London had been selected as the centre for chemical, pharmaceutical and life sciences disputes of the UPC’s central division. Accordingly, the UK could have anticipated an expansion of this lucrative business in patent law if, as had been planned, a division of the UPC had been established in London, says Mr Cantrill. “Even post-Brexit, the UK would have cemented itself as a forum of choice for the resolution of IP disputes.”

But where the previous government had seen no conflict between Brexit and the UK’s future participation in the UPC system, the administration of Boris Johnson signalled it would withhold ratification in March.

Amanda Solloway, UK minister for intellectual property, said the UK would no longer back the creation of the unified patent court because it would mean “ceding jurisdiction over key patent disputes in the UK to a court that is bound to apply and respect the supremacy of EU law, including judgments of the CJEU”.

Then Germany’s constitutional court ruled in March that the country’s ratification of the UPC agreement was void since it was not passed with a two-thirds majority — the amount of support needed to transfer “sovereign rights” from the German courts to the UPC. The German court struck down the law on procedural grounds rather than any reasons of policy or substance.

But in an unexpected move last week, Germany’s Ministry of Justice submitted a new draft bill on the UPC legislation which addresses the constitutional court’s concerns and would allow the Bundestag to re-ratify the agreement. If passed, it would bring proponents renewed hopes of the court’s survival, leaving just the UK’s withdrawal as the major outstanding matter to be addressed.

The European Commission has also expressed the view that the UPC is an important project for the EU. But Alex Wilson, partner of Powell Gilbert in London, and many other patent lawyers still think the UPC is unlikely to be up and running soon, with further court challenges in both the German and EU courts likely even after a German parliamentary vote.

Andrew Freyer, a lawyer at US law firm Brownstein Hyatt Farber Schreck, says there would be considerable value in a patent system that is more pan-European for international companies. But he predicts slow progress. “We recommend against presuming the UPC will be available in the near term,” says Mr Freyer, echoing many court watchers. “It is an interesting idea, but it’s unlikely we’ll see it for quite a few years.”

The creation of a unified court has received strong support from many European industries keen to innovate and apply patents in technology, manufacturing and pharmaceuticals.

But although the UPC promises to make patent protection and enforcement cheaper and more streamlined across Europe, it has not won unqualified support, adds Mr Wilson of Powell Gilbert.

“There has been resistance from a number of member states at various stages of the development of the UPC to the European Court of Justice being its ultimate court of appeal,” he says “Critics point to the haze which the Court of Justice has generated in the area of trademark law since the harmonisation. Rather than streamlining the approach to trademarks, industry has been left trying to decipher the Delphic utterances of the court. Many see the risk that decades of harmonisation of European patent law could be undone by the Court of Justice.”