Meet the winners and judges for the Future of Europe Project 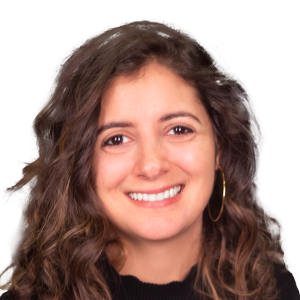 A few months ago, the Financial Times asked professors at six universities across Europe to invite their students to join us in a unique intellectual exercise.

With Brexit negotiations ongoing and the election of a US president whose commitment to European unity is questionable, we wanted to give the bright young minds inheriting Europe a chance to contribute ideas that will shape their future. What did they think was best for the continent?

We partnered with Sciences Po in Paris; Bocconi in Milan; Trinity College Dublin; Jagiellonian University in Krakow; the Hertie School of Governance in Berlin; and the Athens University of Economics and Business.

The professors put four questions to their students and asked them to write op-eds for a chance to be published in the FT: Should the next frontier for Europe be deeper integration, or handing back some power to nation states? Would it be wise to reconsider the four founding freedoms in the EU treaties? Is it time to concentrate on the eurozone rather than the broader EU27? And to what extent is German leadership of Europe desirable or necessary?

We received a total of 18 op-eds: three finalists from each university, chosen by each department. These essays went to a group of judges from inside and outside the FT, who were very impressed by the submissions. Adjectives the judges used to describe the essays included “gutsy”, “lively” and “refreshing”.

At one point, FT columnist Wolfgang Munchau commended a reference to Edmund Burke, saying, “Burke was clever. I wish I’d thought of that.”

“I think what struck me was the divide between two types of pieces: technocratic ones focused on economics, and the others, focused on the European demos and the necessity to deepen the connection between the EU and its citizens,” said Catherine Fieschi, executive director of Counterpoint and a Future of Europe judge. “It mirrors rather neatly the current debate (or should I say quandary)! Proof these students should be at the heart of the debate.”

“I thought the essays as a whole contained a combination of optimism and concern that were a pretty accurate reflection of the state of European public opinion today,” said Tony Barber, the FT’s Europe editor.

We are pleased to introduce below the six winning students from the competition, whose essays will be published throughout this week. The first published essay is by Spyros Tsaousis entitled Europe cycles into the digital age. You can browse the final essays that did not win here.

Following them are our seven judges, who have extensive expertise in and knowledge of European politics, economics and diplomacy.

This follows our successful Future of Britain project. We will be hosting events at each university, beginning with a panel debate in Athens on Wednesday November 22. They will all be livestreamed on Facebook.

Marie Sophie has just finished her PhD on English colonialism in 17th-century Ireland at the Trinity College Dublin School of History and Humanities. She is now back to books, French movies and Dingle cheese.

Aron is a postgraduate student at UCL and the Jagiellonian University, studying for a double degree in political anthropology and comparative politics.

Rositsa holds a Masters in Law from Plovdiv University and is currently pursuing a masters in European Affairs at Sciences Po in Paris.

The Hertie School of Governance, Berlin

Julian is a 22-year-old Master of International Affairs student at the Hertie School of Governance. He is set to graduate in spring 2018. His research focuses mainly on transatlantic security policy vis-à-vis Russia and the Middle East. You can find more of his work here.

Athens University of Economics and Business

Spyros is a postgraduate student at the Athens University of Economics & Business, studying for a Masters in European Studies. He works as a finance project manager for GE Power.

Enrico is a third-year student in economics and finance at Bocconi University, Milan. He is the president of Aleph-Analisi Strategiche, a student association for foreign policy, intelligence and defence.

He started his career in 1981 at Reuters news agency, serving as a foreign correspondent in New York, Washington, Chicago, Vienna, Warsaw, Moscow and Belgrade. He worked from 1990 to 1997 at The Independent in London, where he was successively East Europe Editor and Europe Editor.

Catherine Fieschi is Director of Counterpoint Global, a London-based research and advisory group that works across the globe to provide businesses, governments and NGOs with strategic insights on how to manage the deep cultural and social dynamics that shape key, macro political and security risks.

Catherine has particular expertise in populist politics and is the author of In the Shadow of Democracy, as well as numerous essays on how new forms and new means of mobilisation are reshaping European and international politics and institutions. Catherine is a former director of the think-tank Demos and a trustee of European Alternatives. She holds a PhD in comparative politics from McGill University.

Sylvie Kauffmann is editorial director and columnist at the French newspaper Le Monde. She is also a contributing writer for the New York Times. She was the editor-in-chief of Le Monde in 2010-2011. She joined the newspaper in 1987 as Moscow correspondent. Since then, she has been Eastern and central Europe correspondent, US correspondent based in Washington DC, New York Bureau Chief and reporter-at-large in Asia.

Wolfgang Munchau is director and co-founder of Eurointelligence, a service that provides daily information about the euro area, targeted at investors, academics and policymakers. Munchau is also the European economic columnist of the Financial Times.

Wolfgang was one of the founding members of Financial Times Deutschland, where he served as deputy editor from 1999 to 2001, and as editor-in-chief from 2001 until 2003. Previous appointments include correspondent posts for the FT and The Times in Washington, Brussels and Frankfurt.

Frederick Studemann is the FT’s comment & analysis editor, overseeing opinion and analysis for print and online publication. He works closely with the FT’s in-house columnists, as well as planning and commissioning articles from external contributors. He was previously analysis editor, where he oversaw the transformation of the FT’s showcase Big Read page. Frederick joined the FT in 1996 as Berlin correspondent and has held a variety of posts, including UK correspondent, political correspondent and European news editor. He was a member of the launch team of Financial Times Deutschland, where he was features and weekend editor. 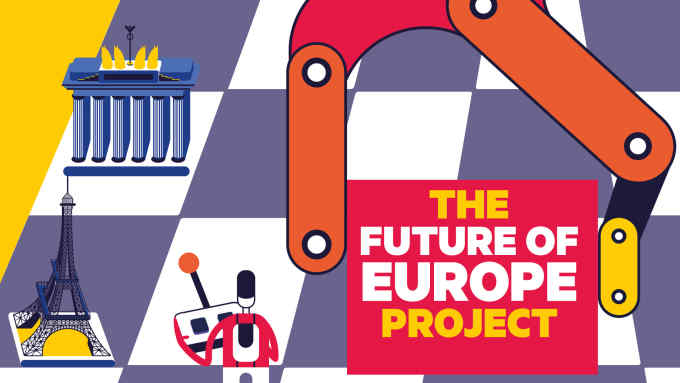