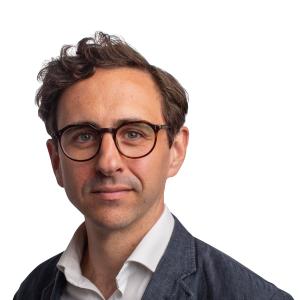 The contentious, bitterly fought and, on Thursday, too-close-to-call referendum on the postwar status quo is one of those rare occasions where the obsessions of finance have bled into the conversation of normal people, those not paid to grapple with the obscurantist jargon of money management.

Brexit, for instance, started life as an insider term coined in 2012 by a think-tank, the Center for European Reform, but a “Brexit scenario” became shorthand for generalised market chaos expected to follow a vote to depart the 28-member bloc.

Interest in the views of experts means some of the consideration of scenarios by banks and asset managers has filtered out. For instance Deutsche Bank this week added a disclaimer to its work as suitable only for clients fluent in financespeak, after extracts from a previous report were shorn of surrounding nuance to suit the needs of a story in The Sun.

There has been plenty of such analysis to choose from but, while the outpouring may not have predicted the way Britons ultimately vote, or what happened next, it is at least an opportunity to illustrate how businesses that thrive on markets operate: a grand game played with other people’s money, where the first aim is to not look so stupid those people take it away.

The euphemism for this is “career risk”. It is OK to be wrong when the mistake is common, meaning as an event like the referendum approaches it makes sense to act in ways which after the fact will look sensible. Build up spare cash as a contingency, try to avoid doing anything unusual or risky.

Judged by the price of currency option contracts, which are even more expensive than during the 2008 crisis, many decided to spend some of the money in their care on a form of financial insurance. An upfront premium locks in the right to sell the pound at a certain price after the referendum, by which point it may be significantly lower.

If it is not the money spent will have been wasted on expensive and unnecessary insurance, but the decision to waste it will at least have been popular and so defensible with hindsight.

Action is of course different to the posture of intelligent analysis many choose to adopt. It is often said markets dislike uncertainty, so political, constitutional and economic questions about what will follow the referendum are likely to prompt significant movement for stocks, bonds and currencies.

A truer version, however, might be that people who work in markets hate being forced to prepare for something where they could look stupid afterwards, by losing so much money it stands out.

The honest description: we don’t know which way this will go, or what will happen afterwards, but it could be bad. The finance description: markets face a binary outcome with asymmetric consequences, which as a phrase has the soothing air of professional mathematics.

Assigning probabilities to a collection of guesses can achieve the same effect, as spurious precision always buttresses the impression of diligence: in our model we assign a 37 per cent chance to a Brexit outcome which could lower Belgian economic growth in 2017 by 0.6 percentage points . . .

More advanced practitioners might talk of Monte Carlo simulations in a risk framework, where a computer is told to make hundreds of slightly different guesses, then average them out.

Alternatively, a popular pose is to warn of disaster without actually predicting or preparing for it. (Newspaper columnists can also be fond of this trick, but entry to the glass house is at least cheap.)

Prime examples since the financial crisis are the chirpings of so-called goldbugs, enthusiasts for the precious metal, and the hedge fund managers who thunder about dark and inevitable consequences due to the actions of central banks. Inflation will one day return with a vengeance, and so on.

No one really wants to be Noah on the hillside, hammering away at an ark. The point is that talking about the price of lifeboats and sandbags is a cheap way to sound prepared, given the chance that one day it really might rain.