Big groups snap up much talent, only to then stifle originality

They are knocking down walls in a rundown office block in Clerkenwell in central London to create a sleek working space to encourage innovation. The building is a physical manifestation of a conceptual trend as established companies look for outside partners to inspire them and to reinvent their businesses.

Rohan Silva, co-founder of Second Home, which is redeveloping the Clerkenwell space, says big companies realise they have much to learn from the nimbleness and radical ambition of many start-ups.

He says, however, that young entrepreneurs also appreciate they can benefit from the market knowledge and operational skills of established companies. The Clerkenwell hub is designed to bring the two together to foster original thinking.

“This move towards open innovation is a really interesting shift. The big companies are realising they can’t do it by themselves any more,” adds Mr Silva.

It is not just in London that this trend is developing. In the shadow of Edinburgh Castle sit the sprawling former offices of the Department for Work and Pensions, now transformed into CodeBase, the UK’s largest incubator. Big companies are flocking to the site, looking to partner with the start-ups that are competing for the space.

Jamie Coleman, CodeBase’s chairman and co-founder, says many big companies realise their core businesses are being disrupted in the digital economy and need to innovate to survive.

“Corporates appear to have got the memo over the past 18 to 24 months,” he says. “Trying to build skunk works within your organisation is not a way to transform anything. More fundamental root-and-branch reform is necessary, otherwise you will die. It is clear that clustering works.”

It was Henry Chesbrough, a professor at the Haas School of Business, University of California Berkeley, who coined the term “open innovation” in his book on the topic, published in 2003.

In a world of distributed knowledge, ran the theory, it was more efficient for companies to collaborate with outside partners — be they start-ups, academic institutions or consumer groups — to accelerate innovation.

Or as one chief executive expressed it: “The best brains are not necessarily within your own office.”

A recent survey by PA Consulting Group of 821 senior executives worldwide came up with startling findings: two-thirds of respondents thought their organisations would not survive without innovation, but half did not believe that their corporate leaders were showing enough vision and passion to make change happen.

The digital revolution has transformed the world of business, rapidly changing the economics of many industries. The convergence of sectors such as technology, media and telecoms is also making it harder to divine from where your next competitor will emerge.

The most successful businesses of our era appear to be the likes of Amazon, the shape-shifting giant that has gone from being an online bookseller to an entire digital ecosystem. It streams video, sells groceries and runs the biggest cloud services in the world.

Innovation has therefore become an obsession among business executives. Everyone wants to do more of it, but few are quite sure how to.

The myth is that only the cool companies on the west coast of the US or the eastern coast of China have mastered the game. Only they have the technological nous, the data sets and computing networks, the freewheeling corporate culture and the collective ambition to “put a dent in the universe”, as Apple’s co-founder Steve Jobs had it.

There are indeed some west coast entrepreneurs who appear intent on reinventing the rules of modern industry and are radically rethinking the way things are done.

Elon Musk, chief executive of Tesla and founder of SpaceX, is one. His manic determination to upend the economics of the car, battery and space industries has led to some stunning innovations, such as reusable rockets that have cut the cost of satellite launches.

Stock market investors have handsomely rewarded Mr Musk for his ambition, even if most of his ventures have yet to turn a profit. For example, they are clearly anticipating that Tesla will be at the forefront of the revolution for autonomous, green cars.

Despite all the gushing talk of moon-shot projects, even the west coast tech companies have found it hard to innovate consistently and they often prefer to buy in smart ideas and people. Between 2011 and 2016 Apple, Facebook and Google acquired a total of about 320 companies.

The Economic Innovation Group, a think-tank in Washington DC, has argued that in spite of all the talk about the accelerating rate of change, the most striking business feature in the US is the lack of dynamism, competition and innovation.

It highlighted this in its Dynamism in Retreat report this year, which pointed out that the number of businesses created in the US between 2010 and 2014, at 104,600, was less than a quarter of the number created between 1983 and 1987 (491,600). The EIG also found that the businesses being created were increasingly concentrated in larger metropolitan areas, leaving much of the country depressed economically. This is the age of the incumbents — those concentrating their market power — rather than the insurgents, or those intent on disrupting them.

“Conventional wisdom seems to accept the idea that too much churn and destruction now plague wide swaths of the American economy,” the EIG said. “The latest economic data, however, turns this conclusion on its head. The US actually suffers from a problem of too little creation, not too much destruction, perhaps for the first time in its history. Our economic and job creation engine is rapidly slowing down.”

What is true in the US is true in many other developed economies. The opportunities for both established and start-up companies to create digital businesses that can go global instantly, based on low-cost computer services and cheap finance, appear vast. The reality is a lot soggier. Innovation is imperative. 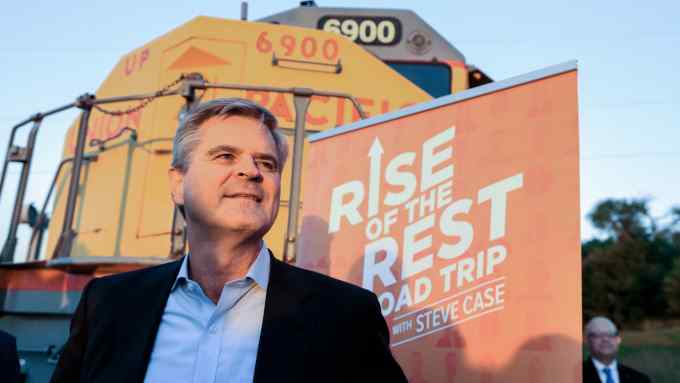