If you think the same, join us
FT Series Leading in a crisis
See all 65 stories
How to Lead Leadership

Charles Tyrwhitt adapts to the age of the homeworker

Nick Wheeler, founder of the men’s outfitter, says recovery and growth will come through its casual ranges

Nick Wheeler arrives for our meeting at Charles Tyrwhitt’s London Bridge head office in a charcoal grey suit and formal white shirt, unbuttoned in the manner that is almost a uniform for entrepreneurs like himself.

But the sartorial efforts of the founder of the men’s outfitter best known for its shirts go unnoticed: there is hardly anyone else in the building.

Commuting to the office a few days a week has been about the only travel he has done since the start of lockdown since his trips to visit Charles Tyrwhitt’s other sites in the UK, the US and Europe, have stopped.

“The business travel market is going to be hammered,” Wheeler, 56, says. “We have saved a fortune on business travel and we don’t really see it coming back. Zoom and [Microsoft] Teams is pretty good for a lot of things.”

The problem for Wheeler is that the same could be said about his business, which was built around kitting out men with shirts, suits and ties to wear in the office.

FT Series
Leading in a crisis

Turnover dropped by 26 per cent in the 12 months to August 2020 to £139.9m. Although the company was already making a pre-tax loss of £83.2m in the previous financial year because of a large writedown of assets, its underlying earnings before taxation, depreciation and amortisation fell from a positive £11.1m to a negative £5.8m by the 2020 financial year end. This prompted some difficult decisions.

The company cut 250 jobs, about a quarter of the workforce, and had to temporarily close all 37 of its stores. Four were permanently shut. Staff were furloughed and the company took out a £26m two-year loan facility through the UK government’s Coronavirus Large Business Interruption Loan Scheme, of which £23m was drawn down by the end of its financial year in August.

“Some companies said we will not make any redundancies, but ultimately all you are doing is chipping away at the business and you are increasing the likelihood that the business is going to go bust,” Wheeler says, adding that Charles Tyrwhitt is on track to return to profit this financial year.

“If the business goes bust it doesn’t really help anybody. You keep a thousand jobs for a year and then you have no jobs. It is better to have 800 jobs for 10 years.”

Charles Tyrwhitt is a very personal concern for Wheeler. It is his name — or at least his middle two — above the door. He also retains ownership, through a holding company, of the business, which he started 35 years ago as a student at Bristol University, selling shirts from his bedroom as a mail order operation.

Although mail order was a necessity when he was starting out because he lacked the capital to take on a shop lease, it made it easier to adapt Charles Tyrwhitt to the growth of online shopping.

“When we started out we were lean as anything. As you start to grow you just get fatter but as long as you are doing all right you are not as tough on that fat as you should be,” he says. “What Covid did was make you take a long hard look at yourself.”

He puts a positive spin on the current state of affairs, stressing that recovery and future growth will come through its range of casual shirts and knitwear.

“The product’s changed,” he says. “We used to be a very much formal wear business. Now we are literally 50:50 formal and casual.”

This is a long-term trend because working from home will continue even as offices are reopened, according to Wheeler. He adds that he has worked this way for several years, moving between commuting from his London house for most of the week to days working out of the main family home in Buckinghamshire.

As you start to grow you just get fatter but as long as you are doing all right you are not as tough on that fat as you should be . . . what Covid did was make you take a long hard look at yourself

“I was living the lifestyle that people are talking about and I think it is a very good thing. If you need to sit at your desk and really concentrate on something and not have interruption, that is much better done at home,” he says.

“I think any company that forces people to come in [full time] to do that side of their role is silly because it is a balance between what the company needs and what the employee needs, and you should seek out the best of both worlds.”

His theory about the future of work and offering greater flexibility has a sharper edge, however, because he also sees homeworking providing evidence that some jobs do not need a locally based workforce.

“There are some people in some positions where it is better to be at home all the time,” Wheeler says.

“But I think if you are in one of those positions then I think you need to tread carefully because if you can work just as well from your flat in Bermondsey or Clapham . . . then companies will soon be honest and say if you can do it from home, we can get people sitting in Bangalore to do it from home. Or we can choose the best people anywhere in the world.”

Since July 19, when the UK government eased almost all lockdown restrictions in England, Wheeler has told Charles Tyrwhitt staff that he wants everyone to work at least three days a week in the office.

“That was a difficult message but it’s important we do what’s right for the business,” he says.

“We will review it after six months because we need to find a balance that works for everybody,” he adds. He feels there are certain roles in the business, in the product teams, buying and merchandising, where they need to be in the office more than three days a week.

“If they feel that they don’t need to be in the office at all that is fine but maybe they will need to think about getting a job where they can do buying and merchandising in a company that thinks they can do it all from home.”

When I ask him what he thinks his staff think of him, Wheeler seems a little uncomfortable. He ponders for a moment, the longest pause in our hour-long conversation.

“Any business with a thousand people in it is going to have people who are dissatisfied,” he says eventually.

Succession is a concern for founder-owners, especially, as in Wheeler’s case, when you are a two retail entrepreneur family — his wife Chrissie Rucker is founder of The White Company, a home furnishings retailer.

“I am very keen that Charles Tyrwhitt should stand on its own two feet, which is why the company has had a chief executive running the business for the last 14 years.”

“I like the family feel. I don’t like the pursuit of short-term gain. For me, it is all about what is right for the business in the long term. I think it is unlikely this ethos would be continued in the event of a sale.” 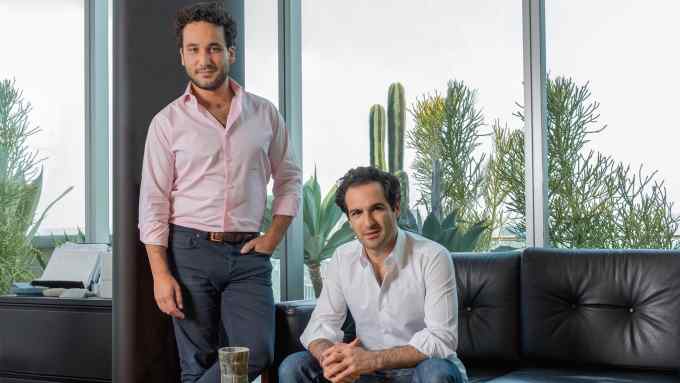