We’ll send you a myFT Daily Digest email rounding up the latest The Star Market news every morning.

A Chinese asset manager has launched the first Hong Kong exchange traded fund to track China’s Star Market, a Shanghai-based science and technology board that has drawn huge interest on the mainland since it was established 18 months ago.

The CSOP Star 50 Index ETF, which launched in Hong Kong on February 10, tracks the 50 largest securities on the new Chinese exchange that features emerging technology and innovation enterprises in the country.

China’s Nasdaq-style Star Board was launched with much fanfare in July 2019, features innovative companies in sectors such as IT, biomedical sciences, energy and environmental protection.

It has become a major listing board for rising Chinese unicorns, or start-ups with over $1bn in valuation. After debuting with just 25 companies, more than 220 companies have now listed on the board and its market capitalisation has grown to more than Rmb1tn ($155bn).

Foreign investors have had limited access to China’s Star Market. Only a handful of Star Market-listed stocks that are part of the SSE 180 and SSE 380 indices were added to the Shanghai-Hong Kong Stock Connect programme in January.

Melody He, Hong Kong-based head of sales and product strategy at CSOP AM, pointed to the surge in demand in China when the first Star Market ETF was launched in China last year.

When the Star board was first launched there was a lot of hype, so it was inevitable that it has died down a bit, but investors are still attuned to the “high beta” nature of the market, she said.

Investors are also attracted by the strong expressions of government policy support for small and medium-size enterprises, and for the development of homegrown new economy and technology firms that are likely to continue to drive the market, she added.

She said the launch of ETFs tracking the market had opened up access and tapped much broader demand by allowing retail investors to commit just a few thousand renminbi to the products instead of about Rmb500,000 had they wanted to open an account and invest directly in the listed companies.

The ChinaAMC Star 50 Index ETF was the most actively traded, accounting for 40 per cent of the total trading volume during that first minute and reporting Rmb12.46bn in assets as of end-2020.

By the end of last year, E Fund had raised Rmb6.52bn in its Star 50 Index ETF, Huatai-PineBridge FM had Rmb4.98bn and ICBC Credit Suisse AM had pulled in Rmb4.92bn.

The KraneShares SSE STAR Market 50 Index ETF had almost $13m in assets as of February 5.

CSOP AM’s He said the CSOP Star 50 Index ETF would provide investors with access to Chinese companies at initial development stage, adding that the companies’ potential growth profiles were very different to companies listed on the main Shanghai board or even those listed globally.

“It’s almost like securitising a pre-IPO or private equity market in some respects,” said He.

The largest components of the Star 50 Index — that had a Rmb477.5bn market cap at end-2020 — include many of China’s largest chipmakers, such as Semiconductor Manufacturing International Corporation, Montage Technology, China Resources Microelectronics and National Silicon Industry.

The secondary listing of SMIC on the Star board in July last year drew investment from nearly 3,000 funds in China, which pocketed more than Rmb27.78bn after its debut.

Despite China’s A-share market cooling off slightly over the past couple of weeks, professional investors have sounded the alarm over a dangerous bubble in China’s onshore stock market.

CSOP AM’s He dismissed concerns about the timing of launch of the CSOP Star 50 Index ETF amid all-time market highs in China’s stock markets, highlighting the different corporate profile and development stage of companies listed on the Star market.

“ETF providers are always trying to find something to pique the market interest and that can resonate with investors,” said Jackie Choy, Morningstar’s Hong Kong-based director of ETF research for Asia.

The most recent example of this is ETF providers’ — including CSOP AM, BlackRock and China Asset Management — launch of products tracking the new Hang Seng Technology Index Choy added. 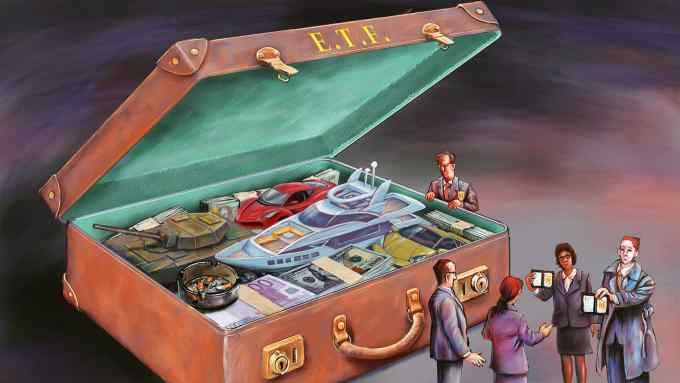