French business schools led by HEC Paris are the best places to study a masters in finance degree around the world, with strong continued demand despite the disruption of coronavirus, according to the FT’s latest annual assessment.

The top five of the leading nine providers of the MiF qualification offered to those without prior professional experience are based in France, as well as a further four among the 55 total schools included in the 2021 rankings.

The performance of HEC Paris is significantly driven by the high salaries paid to the international alumni hired by global banking and investment recruiters, who are drawn to France’s competitive elite education system and its notable strength in quantitative skills.

“We’re happy we could come top again,” said Eloïc Peyrache, HEC Paris’s dean, who was appointed at the start of this year. “Our finance department is very strong, and we have a global audience. The quality of students is very good and the number of candidates is rising.”

The school has ranked first in the FT’s MiF ranking nine times over the past decade, ahead of other leading French business schools this year including ESCP, Skema, Essec and Edhec, all of which are among the country’s elite grandes écoles.

London Business School retains its leading position for the smaller number of MiF courses tailored to those who have already worked in the field before studying, ahead of University of Cambridge: Judge, Amsterdam Business School and Singapore Management University: Lee Kong Chian.

The FT ranking is heavily weighted to reflect alumni salaries, with graduates of HEC Paris reporting average earnings before bonuses of $156,583 three years after finishing their degree. Schools are also assessed on factors including gender diversity and assessments of career services.

Europe dominates in the provision of the MiF courses, although three Chinese business schools — Tsinghua University School of Economics and Management, Shanghai Advanced Institute of Finance at SJTU and Peking University Guanghua — performed well this year.

US business schools remain dominant in MBAs, but four were also listed in this year’s FT MiF ranking.

Current demand for places, recruitment of graduates and salaries for alumni have held up compared with previous years, despite the disruption of the pandemic. The average salary for alumni three years after completing their pre-experience MiF rose in 2021 to $85,858 from $83,404.

Peyrache said that nearly 90 per cent of his MiF students were from outside France, and that most were recruited by non-French companies including many employers based in London. 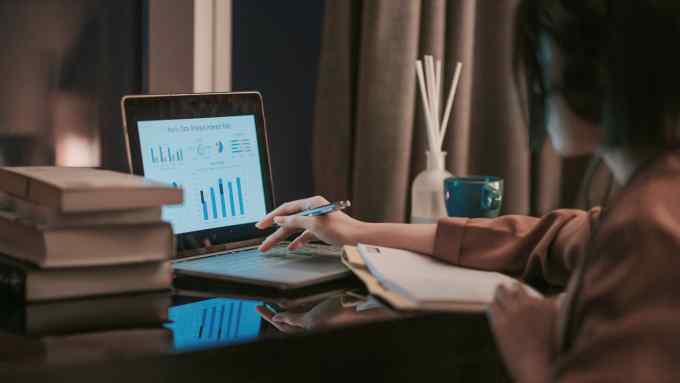