Want to know what makes people tick? Ask them over Zoom

From City of London traders to Indian rickshaw drivers, everyone uses a more intimate style of conversation on video calls

Stuart Henshall studies human behaviour for a living. Until March, the “user research” analyst was based in a “UX [user experience] laboratory”, or special conference suite, in an Indian city where he was carrying out research face to face; he’d been interviewing predominantly low-income individuals to help companies understand what makes them tick.

Convo, the consultancy he co-founded in Mumbai and San Francisco, has worked for groups such as Facebook and Bose. It sells its services with the idea that real-world “conversations matter” and in-person interviews seemed the most obvious tool to use for Indians who did manual jobs, such as dhobis (washermen or women) or rickshaw drivers.

But when the Covid-19 lockdowns started, Henshall, like everyone else, was forced to leap online. And after conducting thousands of hours of video calls in 2020, he has made an unexpected discovery: although doing his research virtually presents some difficulties, there are also advantages.

When people enter his UX lab, the encounters tend to be formal; dhobis, for example, would sometimes put on their customers’ clothes for interviews because they saw the lab (in the same way they might an office) as a place of staged meetings.

On a video chat, by contrast, Henshall can see his interviewees in their natural habitat, wearing their regular clothes. “Participants are simply more comfortable at home in their environment. [They] tend to feel more in control . . . They may feel freer and safer to share their point of view,” he explains in an article for Epic, a website that promotes the use of ethnography in business. “A driver decided his idle [auto rickshaw] was the best place [to chat]. Even the bathroom is used for an interview on occasion for privacy!” All of this has helped him enormously in his research.

Of course, researchers also face downsides in this dash online: it is harder, for example, to “read” body language on a video call than in person. But Henshall is finding this new form of his work so useful that he will almost certainly continue to use it as a complement to analogue research when face-to-face interviews become ­possible again. 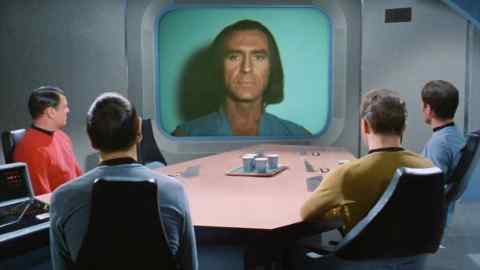 It is a thought-provoking observation for anyone whose job requires them to eyeball people for a living and work out what motivates them (think lawyers, journalists and psychologists for a start). And Henshall’s experience is echoed by other people-watchers.

Social scientists doing UX research at Intel, the Silicon Valley giant, have made similar discoveries. Lama Nachman, director of Intel’s Anticipatory Computing Lab, which works on how humans interact with computers, tells me that Intel’s researchers — who include social scientists and UX experts — have been using virtual tools to study how parents, teachers and students use online education. While Intel has rarely carried out this type of ­virtual-only study before, doing so gives it a much wider geographic reach.

Chloe Evans does UX research into consumer behaviour for the music and podcast platform Spotify. She, like Henshall, initially assumed it would be hard to study consumers online since she has always relied on “being there” to see how they react to music in person. But, as she writes in another article on Epic’s website, she realised after doing similar video chats that there were “unexpected benefits as well as some challenges” to being online: she has access to a wider geographical spread of consumers, for example, and her interviewees feel more empowered when they talk to her.

Through trial and error, Evans is also finding a way to minimise the downside of digital platforms, namely that it can be (even) harder to decide if people are telling the truth. Conducting video interviews with groups (or even just two other people) can make the conversation more rounded and lively, and provide the discussion with appropriate checks and balances.

Daniel Beunza Ibanez, a sociologist at the Cass London Business School who studies financial traders in the City of London and New York, has come to similar conclusions. After talking to financiers during lockdown, he saw that they — like Indian rickshaw drivers — used a more intimate communication style on video chat.

This pattern may not apply to all professions: there are some jobs that definitely suffer when they move online. But these lessons do imply that it is time for us to shift the debate about the future of work. Instead of ­pondering whether digital is better than analogue — or vice versa — we need to see how they can be combined in a way that enriches us all.

We must begin to recognise that when the world does finally emerge from Covid-19 lockdowns, our ways of working will not simply revert to where we were before the pandemic hit. Our attitude to digital tools has shifted permanently, for both good and bad reasons. Entering lockdown has changed us all.

This is scary, but it is also producing unexpected silver linings. And if we can find an effective way to embrace a new on- and offline world, therein lies a reason for cheer. ­