Japan, China, Taiwan and South Korea are on the rise at a breakneck pace

Growth in the Asia-Pacific exchange traded fund market is continuing at breakneck pace as the rise in assets under management in China and Taiwan adds to strong performance by Japan-domiciled ETFs.

Locally domiciled ETFs in the region recorded a staggering 26 per cent compound annual growth rate in AUM over the five years to the end of May, bringing combined regional ETF assets to more than $707bn, according to MSCI data.

Most of those assets — $405bn — are held in Japan’s locally domiciled domestic equity ETFs, which have been buoyed by the central bank’s huge purchase programme.

“Bank of Japan is doubling down its buying volume during the Covid lockdown with another $100bn purchase. It now holds around 70 per cent of the country’s ETF assets,” said Ken Yap, Singapore-based managing director for Asia at Cerulli Associates.

But while the country’s asset-buying programme could become a “key swing factor” affecting overall ETF growth in the Asia-Pacific region, Doug Walls, Asia Pacific head of index products at MSCI, the index provider, also sees growth in other parts of Asia such as China, Taiwan and South Korea. These markets used to be “subscale”, but Mr Walls said they were “coming of age”. “We expect to see the rate of asset gathering of locally domiciled ETFs in the Asia-Pacific region maintain their current rate of growth and potentially accelerate as local pools of listed liquidity reach critical mass,” he added.

China’s ETF market grew 70 per cent in the nine months to the end of May to $120bn, making it the second-largest market in the region.

“If we look into the future, in the next few years it’s pretty easy to predict significant growth in China. Maybe China would even take over Japan as the catalyst for [regional] growth,” Mr Walls said.

Mr Walls said asset managers in China were also more focused on product innovation and there had been a significant increase in thematic and sustainable strategies.

So-called thematic and sectoral ETFs are already a big hit with Chinese retail ETF buyers, according to Ms Li. China AMC rolled out six tech-related ETFs in the past 12 months covering 5G, the semiconductor industry, AI, and new energy vehicles. Total assets in tech-related ETFs run by China AMC have surpassed Rmb50bn ($7.3bn). More than 87 per cent of the shares in its most popular 5G ETF are held by retail investors.

The emergence of the country’s third-party online distributors has also boosted retail interest, according to Ms Li. Investors in ETFs have until recently had few options outside banking and brokerage channels.

China AMC’s Wealth Account on Ant Fortune, a digital platform owned by Ant Group that enables financial institutions to engage with potential customers directly, has garnered 4.2m followers over the past year, more than half (2.2m) of whom only started following it this year.

Although much smaller than the Chinese market, Taiwan has had close to 50 per cent annual growth over the past five years, surging to become the third-largest market in the region with $56bn in ETF assets under management. As in China, the most promising signals for market development has been the high engagement of retail investors. Millennial investors have been flocking to make ETF investments via digital platforms in Taiwan during the lockdown, according to Julian Liu, chairman of Taiwan’s largest ETF manager Yuanta Securities Investment Trust.

Overall, in terms of retail investors’ adoption of ETFs, Asia is still some way behind the US and Europe, according to Meaghan Victor, head of SPDR Asia-Pacific distribution at State Street Global Advisors.

MSCI data show the region’s ETF markets account only for 11.7 per cent of global assets.

But there are encouraging trends propping up the retail participation, including the digital sales platforms.

“In fact, it is not only the emergence of new start-ups that are providing online wealth platforms, such as robo-advisers, but the incumbents such as banks and brokerages are also digitalising their distribution models,” noted Ms Victor. 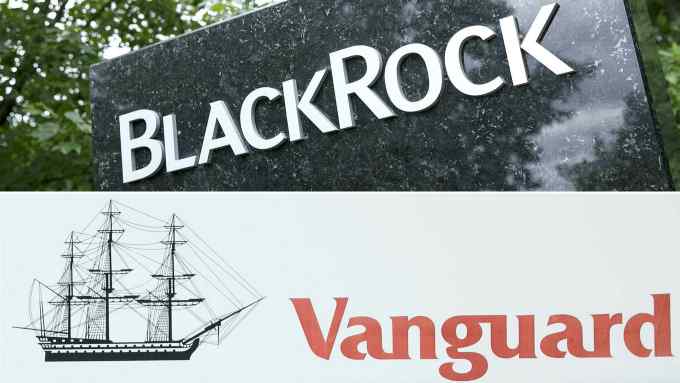