A new generation of start-ups is seeking to revolutionise cancer diagnosis by detecting disease before patients even show symptoms, showcasing their liquid biopsy tests at the world’s largest cancer conference this weekend.

Thrive has raised $110m to fund the commercialisation of its CancerSeek technology, developed by some of the biggest names in cancer diagnosis at Johns Hopkins University including Bert Vogelstein, Kenneth Kinzler and Nickolas Papadopoulos.

The CancerSeek liquid biopsy test — designed to detect multiple cancer types including ovarian, liver and pancreatic — is being evaluated in a 10,000-person study in collaboration with the Geisinger Health System in Pennsylvania and New Jersey. Each test works slightly differently and CancerSeek measures DNA and protein in the blood to detect evidence of cancer, as tumours shed cells into the bloodstream.

Steven Kafka, chief executive at Thrive and a partner at Third Rock Ventures, which led the funding round, said there has been a “tremendous” investment in diagnosis and treatment at the late stages of cancer — but that it was often too late to help many patients.

“The gains are measured in days or weeks or maybe months,” he said. “We have an opportunity to shift the focus to earlier cancer detection, where we know treatment can lead to incremental years of high-quality life and in many cases actually curing the cancer completely.”

Thrive aims to keep the cost of its test to the hundreds, not thousands, of dollars, comparing it to the price of a screening mammogram or colonoscopy.

Immuno-oncology — harnessing the immune system to attack cancer — has transformed the treatment of many cancers since the first drug was approved in 2011. Merck’s immunotherapy treatment Keytruda is likely to be the star of the show at the American Society for Clinical Oncology’s annual gathering in Chicago once again this year, as it has now secured approvals in the US for 18 different cancers and 11 different tumour types.

But diagnostic companies are hoping their tests will unleash a fresh wave of innovation in therapies.

Chris Boshoff, chief development officer for oncology at Pfizer, said early detection was “one of the next big things” in cancer treatment. “The only time when cancer is curable is when it’s early,” he said.

The Thrive launch comes as Grail, a Silicon Valley-based start-up backed by Bill Gates and Jeff Bezos, prepares to unveil data on the accuracy of its blood test for cancer at ASCO. Grail’s test was recently granted “breakthrough designation” by the US Food and Drug Administration, which aims to speed up the development and review of products.

Jennifer Cook, chief executive officer at Grail, said the company has made “significant progress” on developing its multi-cancer test, selecting an approach that targets the most informative regions of the genome to detect both the presence of cancer and where in the body the cancer originated.

“Many deadly cancers are often detected too late. We hope our test may offer a chance to address these challenges,” she said.

New York-listed Guardant Health is trying to raise almost $320m in an offering on the public market this week. The company will also present data on the efficacy of its Lunar programme, looking at early detection and tracking any residual cancer in survivors, at the conference in Chicago. 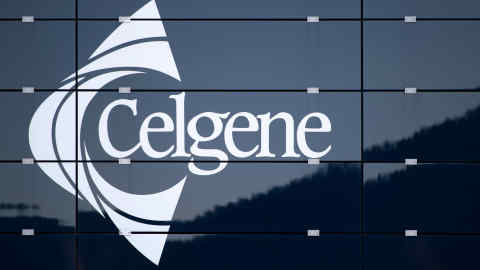 The company sells its Guardant360 test to help oncologists select treatment options for patients with advanced cancer. Helmy Eltoukhy, chief executive of Guardant Health, said data from its late-stage tests were helping it move towards early diagnostics. It has seen “promising” results in a study detecting early-stage colon cancers.

“You can imagine a preventive medicine model where you essentially avoid the eventual birth of the disease in the first place,” he said.

But he warned it is important not to underestimate how complex biology is.

There are big concerns that early diagnostic tests run as part of programmes to screen apparently healthy individuals might elicit false alarms. Patients could suffer if they are falsely diagnosed with cancer leading to more invasive — and often expensive — tests.

Thrive has focused on reducing the level of false positives, with CancerSeek showing a false positive rate of less than 1 per cent, according to a study published in the journal Science.

But the accuracy of Thrive’s test varies, depending on the cancer: from 69 to 98 per cent across five cancer types.