Washington may bluster but cannot stifle the Chinese economy

Presidents Xi Jinping and Donald Trump reached an agreement at the G20 meeting in Argentina at the weekend on a framework for trade dialogue that will delay the previously announced imposition of new American tariffs on January 1. While surely better than the alternative, this step does not address any of the fundamental tensions in the economic relationship between US and China.

Few observers doubt that China needs to make significant changes in areas such as intellectual property, rights of foreign investors and subsidies to state-owned companies if it is to meet international norms.

Antipathy towards Chinese economic practices is hardly confined to Mr Trump. Recent months have witnessed attacks on the existing economic relationship from officials of previous US administrations, noted China experts and the American businesses. It is fair to say there are no “panda huggers” left in Washington. When foreign governments get past their frustrations with Mr Trump, they too are frustrated with Chinese commercial practices.

Yet it is easy to sympathise with Chinese leaders who insist that China’s political system is for it to choose, and that economic negotiations should focus on the pragmatic identification of win-win opportunities, rather than on questions of ideology.

But, at the same time, it is hard to see how anyone with a modicum of historical knowledge could fail to be concerned by a combination of increased domestic repression, the centralisation of power in one man, rapidly increased military spending and rhetoric about enlarging China’s role in the world.

What the US requires is a viable strategy for addressing its legitimate grievances. Unfortunately neither rage nor proclamation constitutes such a strategy. A workable approach would involve feasible objectives clearly conveyed and supported by carrots and sticks, along with a willingness to define and accept success.

At the heart of the US’s problem in defining an economic strategy towards China is the following awkward fact. Suppose China had been fully compliant with every trade and investment rule and had been as open to the world as the most open countries at its income level. China might have grown faster because it reformed more rapidly or it might have grown more slowly because of reduced subsidies or more foreign competition. But it is highly unlikely that its growth rate would have been altered by as much as 1 percentage point.

Equally, while some US companies might earn more profits operating in China and some job displacement in American manufacturing due to Chinese state subsidies may have occurred, it cannot be argued seriously that unfair Chinese trade practices have affected US growth by even 0.1 per cent a year.

This is not to say that China is not a threat to the existing international order. And for the US to lose its position as the world’s largest economy, after a century of dominance, would be a seismic event. If, as is plausible though not certain, the US loses its lead over the next decade in information technology, artificial intelligence and biotech, the trauma will be magnified.

Can the US imagine a global system in 2050 in which its economy is half the size of the world’s largest? Even if we can imagine it, could a political leader acknowledge that reality in a way that permits negotiation over what such a world would look like? While it might be unacceptable to the US to be surpassed in economic scale, does it have the means to stop it? Can the US hold China down without inviting conflict?

These are very hard questions without obvious answers. But that is no excuse for ignoring them to focus only on short-run frustrations. China appears to be willing to accommodate the US on a specific trade issue as long as the US accepts its right to flourish and grow, knowing that sheer weight of numbers will make it the world’s largest economy before long.

That is a deal the US should take while it can. It can bluster but cannot, in a globalised economy, hold China down. Trying to do so risks strengthening the most anti-American elements in Beijing.

Mr Trump, for all his failings, has China’s attention on economic issues in a way that eluded his predecessors. The question is whether he will be able to use his leverage to accomplish something important. That will depend on his ability to convince the Chinese that the US is capable of taking yes for an answer, and on his willingness to go beyond small-bore commercialism. We can hope but should not hold our breath. 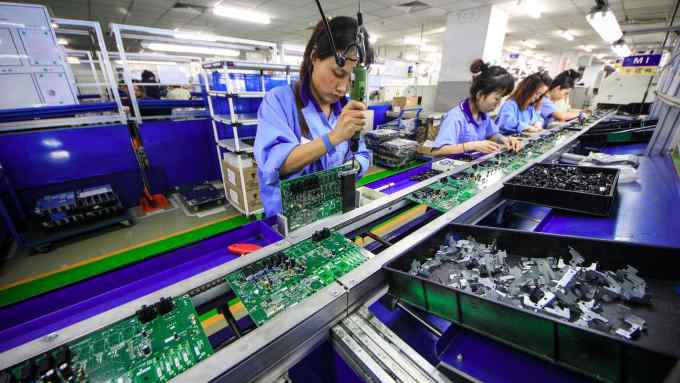 The US and China this week agreed a temporary truce in trade tensions — but who has come off best? The tussle between Washington and Beijing goes beyond trade, and Japan is also struggling with China’s rise. Here’s the best of our opinion and analysis