BlackRock is paying an estimated 50 times underlying earnings to buy a specialist in personalised index investing, demonstrating its keenness to expand in the arena that services very wealthy clients.

The world’s largest asset manager is to buy California-based Aperio Group, which manages $36bn in tax-optimised separately managed accounts, for $1.05bn in cash from Golden Gate Capital, a private equity firm, and Aperio’s employees who are part owners.

Aperio is a pioneer in so-called direct indexing. Its customer base of “ultra-high net worth” people and institutions are able to customise existing equity indices to create bespoke portfolios tailored to meet their personal preferences for investment factors, such as tilts to value, quality or momentum investing.

These portfolios can also be tweaked to encompass an individual’s personal environmental, social and governance (ESG) beliefs, and also to minimise tax liabilities via tax-loss harvesting, a technique that Aperio said can improve annual returns by 1.7 to 2.2 percentage points.

“The wealth manager’s portfolio of the future will be powered by the twin engines of better after-tax performance and hyper-personalisation,” said Martin Small, head of BlackRock’s US wealth advisory business.

The deal comes weeks after Morgan Stanley agreed to buy Eaton Vance for $7bn, citing the attraction of the US fund manager’s Parametric affiliate, which offers customised implementation of client-specified portfolio exposures.

The US separately managed account (SMA) sector oversees $1.7tn of assets and is expanding at 15 per cent a year, BlackRock said, of which it will manage $160bn after the deal is completed.

This would be a hefty premium to the market given that the S&P 500 Financials sector is currently trading at only 17.1 times net earnings. BlackRock itself is priced at 24 times earnings and has a trailing enterprise value-to-ebitda ratio of 16.9, while the industry median is just 6.3 times.

“While the purchase multiples appear rich versus publicly traded asset managers, we note that BlackRock is paying for an in-demand, highly complementary capability and for a business that’s organically growing at a 20-plus per cent rate and which accelerates the timetable for BlackRock to grow their SMA market presence,” said Mr Cyprys.

“In our view, the purchase price conveys BlackRock’s strategic priority to accelerate its participation in the fast-growing SMA market.”

Analysts at Jefferies said with its approach to “values-aligned investing”, Aperio “has been an early mover in recognising the demand for thoughtful ESG indexing that goes beyond the existing one-size-fits-all offerings in the marketplace”.

They added that “ESG capabilities and tax efficiency were cited by Morgan Stanley as rationale for its acquisition of Eaton Vance and this acquisition will check many of these boxes for BlackRock as well”.

Morgan Stanley had said only last month that merger and acquisition activity was likely to accelerate across the asset management industry, ironically in part because of “more intense competition” from exchange traded funds and other low-cost passive managers, spearheaded by BlackRock and heavyweight rival Vanguard.

BlackRock’s shares were up 2 per cent on Tuesday, ahead of the broader market. 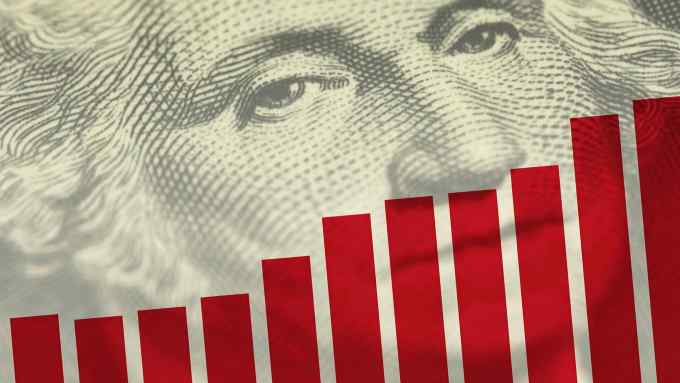