Watches to watch: 10 models from this year’s announcements

Watchmakers press on with new releases, despite the coronavirus

When the coronavirus pandemic put paid to the two most important watch fairs of the year — Baselworld and Watches & Wonders, both in Switzerland — it left makers searching for a way to show their new products. While bigger brands such as Rolex and Patek Philippe chose to postpone launches, others turned to the internet.

By chance, Bulgari, Hublot, Tag Heuer and Zenith — all LVMH brands — managed to beat the global lockdown by hosting their own event in Dubai in January. Last month, Breitling staged a YouTube presentation in which chief executive Georges Kern talked to viewers about his new model line-up.

Perhaps the biggest effort came from the organiser of the Watches & Wonders fair. It staged a digital version of the show which featured products from the 30 brands that had been lined up for the physical fair.

We highlight 10 recently-launched watches below:

Cartier was the first to commercialise the wrist-worn timepiece after Brazilian aviator Alberto Santos Dumont complained to his friend Louis Cartier that he had to fumble in his waistcoat for a pocket watch while at the controls of his flying machine. In 1904, Cartier gave him a watch now known as the Santos. More than a century on, this new version measures a mighty 46.6mm by 33.9mm. But a slim profile and ergonomically curved back ensure a snug fit. £5,050 in steel, £13,400 in gold.

The original 42-year-old Arceau watch combines a round case with asymmetrical, stirrup-shaped lugs and a sloping font intended to evoke the speed of a galloping horse. This new version houses a skeletonised movement beneath a dial of smoked crystal, giving the impression that the cut-out numerals float over the surface. £6,545

Part of the hefty price tag on this watch relates to the fact that anyone who buys one of the five being made will travel to the Arctic with South African adventurer Mike Horn, a longstanding Panerai ambassador described as “the world’s greatest modern-day explorer”. The 50mm case is made from steel recycled from Horn’s expedition ship, while the skeleton movement features small seconds, GMT and power reserve indicators. £169,900

4. A Lange and Sohne Odysseus

Best described as an elegant sports watch, the Odysseus features an integrated bracelet/strap and is notable for the large date windows — one of the brand’s signature features. The day and date displays are adjusted using the tapered buttons either side of the winding crown, while a sapphire crystal case-back reveals an exquisitely decorated movement. £35,000

Designed to coincide with Land Rover’s new generation Defender SUV, this “rugged reinterpretation” of Zenith’s El Primero model has a minimalist design and features a titanium case with a grey dial, a linear power reserve display and the merest hint of colour. Driven by the self-winding El Primero movement, the model will be limited to 250 pieces. £11,400

Breitling’s relationship with Bentley began in 2002 and is the longest partnership between a watch brand and car marque. This latest 42mm chronograph complements the recently launched Continental GT Mulliner Convertible car.

Limited to 1,000 pieces, it has a silver dial offset by an inner bezel and chronograph counters in contrasting blue, while a red second hand and central minute scale recall the convertible’s red-stitched interior. £6,820

A decade after the release of its popular MB-II watch, designed in partnership with British ejection-seat maker Martin-Baker, Bremont has introduced this blue-dial version together with a personalisation option. Buyers will be able to mix and match elements such as the dial colour and finish of the case. A red case band is reserved for people who have actually ejected from an aircraft in a Martin-Baker seat. £3,995 (strap) £4,395 (bracelet)

The improved Tag Heuer Connected smartwatch has a 45mm steel or titanium case. This has the appearance of a mechanical model but the touchscreen gives access to various fitness trackers, Google Pay and email alerts. Choose from five face settings, including a three-hand representation of the Heuer 02 Skeleton dial, or a digitised Carrera Heuer 01 dial. £1,495 (steel), £1,950 (titanium)

Inspired by the fabled Bal Oriental held in Venice in 1951 by eccentric socialite Carlos de Beistegui, Dior has created 12 one-off watches based on masks. Each watch is powered by the Dior Inverse self-winding movement that places the winding rotor on the top of the dial. This allows it to be used as an animation, in this case as an oscillating mask made from combinations of precious metals, diamonds, coloured stones and feathers. From £220,000

Vacheron Constantin aims to appeal to connoisseur horophiles with its new Traditionnelle model, a 42.55mm pink-gold collector’s piece designed along the lines of an 18th-century pocket watch with a stepped case and lugs, fluted caseback and slim bezel. The tourbillon cage, commonly found at the bottom of the dial, is positioned at 12 and given an extra-large window for maximum visual effect. £206,000 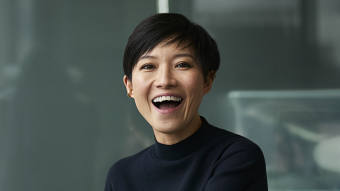