It was seeing the effects of poor sanitation in developing countries that gave Camilla Hagen Sørli a focus for her charitable giving. But it was her part-ownership of Canica, one of Norway’s largest private investment companies, that gave her the means.

The trend is beginning to show up in the growth of female philanthropic networks. Women Moving Millions, a global community of mainly women donors, has more than doubled in size since launching, from 102 members in 2007 to 250 in 14 countries today. Donors each give or pledge $1m or more to initiatives focused on advancing women and girls.

The way businesswomen distribute their wealth differs from the approaches taken by their male counterparts. Women tend to spread their giving across several organisations, while men typically concentrate on a narrower range of charities, according to the Women’s Philanthropy Institute at Indiana University. Women are more likely to volunteer — and volunteer more hours — than men.

“Women and men have very different motivations for engaging in philanthropy,” says Debra Mesch, the institute’s director. “Women come with a very empathetic, altruistic point of view, while men tend to focus more on giving for what it could do for them.”

Gender empathy often plays a role in the causes women choose to support.

Many focus on giving to organisations that help women and girls. Research from Indiana University shows a higher proportion of women than men — 50 per cent compared to 40 per cent — reported giving to at least one cause that affected mainly women and girls.

“The way they network and mentor other women — we see that in philanthropy as well,” she says. For example, members of the Maverick Collective, a network of female philanthropists — which also invests in projects that benefit girls and women — support each other when testing ideas for tackling social problems.

“We’re in the business of high-risk pilots of new approaches in improving the lot of women and girls, and that can be a pretty lonely business,” says Martha Darling, a Maverick Collective member. “So there’s a lot of reinforcement and support when things are successful, and working it through in the rough patches.”

Ms Darling sees a more collaborative spirit at work among female philanthropists than among male donors. “There’s a lot less ego on the table,” she says. “And the emphasis is on the outcomes, on doing the work collectively and on being more deeply engaged.”

Female philanthropists who made their own money also differ in their approach from those who inherited it.

“For those of us with business experience, we tend to be more demanding about the nature of our involvement because of the focus on metrics and wanting to invest wisely,” says Ms Darling, a former Boeing executive. 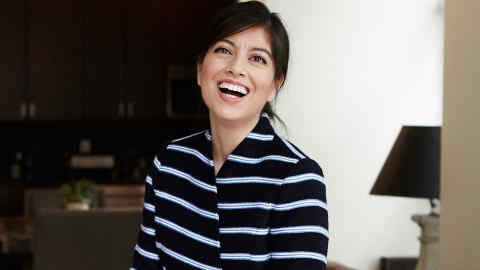 “A lot of people join different things, do a couple of hours of volunteering or give money here and there,” says Ms Darling, who takes an approach more similar to businessmen. “I have a narrower funnel and I want to see where the money is going.”

Ms Hagen Sørli has used what she has learnt in business in her philanthropy. She says running a company that invests in retail and fast-moving consumer goods companies has given her insights into how to increase access to clean toilets in developing countries.

“It’s not just that people can’t afford to buy one. It’s because they don’t prioritise buying one,” she says. “So it’s also about behaviour change, and I know something about that from working with retail every day.”

Yet despite the rise of female philanthropists, lists of the world’s biggest givers are still populated largely by men.

For example, among the businesspeople who have taken the Giving Pledge — the initiative launched by Bill and Melinda Gates and Warren Buffett to encourage the wealthy to leave their money to charity — only a handful are women.

The reason may not be entirely due to their smaller numbers, however. It can be harder to find the names of prominent female philanthropists in business in part because of another characteristic found in many women who give: modesty.

“They’re more reluctant to splash their names on buildings,” says Prof Mesch. “That’s not something that resonates with women.”

Nevertheless, she believes women are becoming a powerful force in charitable giving.

Given their tendency to support women’s advancement in their giving, this could create a ripple effect, by helping other women succeed in the global economy — and thus building the next wave of female donors.