Deals lawyers are masters of seeing the next move

While most lawyers are comfortable in a courtroom, deals lawyers must also feel at home in the boardroom.

Clients increasingly expect mergers and acquisitions (M&A) lawyers to help them in making decisions about business strategy. This involves having a deep knowledge of a client’s objectives.

Much of that insight comes from having direct experience of many deals, says Alan Klein, co-head of law firm Simpson Thacher & Bartlett’s M&A practice in New York. “We see more transactions in a year than most people at companies see in their lifetime so we are well placed to make an assessment on when deals make sense,” he says.

The role of M&A lawyers in dealmaking traditionally boils down to technical expertise, but many specialists think the hallmark of a great deals lawyer is business knowledge.

“It is hard to separate legal and business advice when you are advising the board of a public company on how to best satisfy their fiduciary duties,” says Eric Schiele, a corporate partner at Kirkland & Ellis in New York who has advised clients such as AbbVie and Time Warner. Mr Klein says: “If you think about it, there is nothing but business advice that we are offering.”

Dan Evans, co-head of the private equity industry group at law firm Ropes & Gray, says deals lawyers have to understand business risk. “In order to convey the advice sensibly you need to be willing to express a view on things like risk,” he says.

“[You might ask:] ‘Is this a sensible risk to take or not?’ You can’t do that without being able to express a view on something that involves business judgment.”

Cheap borrowing costs, increased boardroom confidence and the recent tax reform bill in the US have led to a flurry of activity that sent M&A transactions to a record high of $3.2tn in 2018.

Whether companies are buying trophy assets or consolidating with rivals, their primary concern is to ensure that the deal will work. This is where M&A lawyers have the potential to add value to their adviser role.

“There are plenty of good deal lawyers in the world who, when confronted with challenging facts, will tell a client that it is impossible to complete a transaction,” says Frank Aquila, a partner at law firm Sullivan & Cromwell. “The mark of an excellent deal lawyer is to be innovative and find a way that it will work”.

This is particularly important for public companies, which face more scrutiny than private counterparts. Shareholder activism has intensified this year and brought several deals under pressure from institutional shareholders.

Even old-school asset managers such as Wellington Management and Vanguard Group, which do not typically speak out against deals, have shocked many on Wall Street by being more vocal.

Mr Schiele says M&A lawyers should not be afraid to advise boards of their assessment of a potential deal, but they must not substitute their own judgment for that of the directors.

“Public company boards often have to make decisions based on imperfect information,” he says. “A good lawyer should be able to say with conviction what they would do in the board’s position and to do that they cannot answer just on a legal basis, it has to be done with management of business risk in mind.”

Business acumen aside, there are myriad ways that M&A lawyers can help clients get better value.

Recently firms have been in a bidding war for lawyers who can navigate US foreign investment reviews as Washington steps up its scrutiny of cross-border deals on national security grounds.

Even old-school asset managers, which do not typically speak out against deals, have shocked Wall Street by being more vocal

Leading global law firms have poached specialists from each other and from government agencies because so few lawyers have experience in dealing with the Committee on Foreign Investment in the US, known as Cfius.

The threat that Cfius can derail a blockbuster deal — as seen by President Donald Trump’s decision to block Singapore-registered Broadcom’s $142bn hostile bid for the US chipmaker Qualcomm — has made the process a priority for dealmakers.

“It is a new issue that you need to be tuned up [to] and it needs to be in your toolbox,” says Mr Evans. “While it is important, it is difficult to add a lot of monetary value”.

For Mr Klein, M&A lawyers add value by expecting the unexpected. “A talented M&A lawyer has to come up with creative answers to very complicated questions because they are going to run into something that they haven’t done before,” he says.

“It is like playing chess where you know what your possible moves are, you anticipate what is coming next, and you pick the least risky move”. 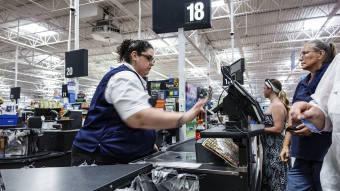