A victory by far-right leader Marine Le Pen in the French elections in May is seen by many investors as potentially fatal for the euro and even the EU itself.

While polls suggest she will lose the election in the second round, her support has been inching up, leading to a spike in French bond yields as investors sell debt.

Market concerns centre on fears that, if elected, she would push ahead with her economic campaign promises: drastically renegotiating France’s membership of the EU, including pulling out of the euro, and then holding a referendum on the new relationship.

However, according to economists, political scientists and constitutional experts, implementing these promises could prove difficult.

Could Le Pen radically reform the EU from the inside?
National Front officials insist France is a top-tier EU member and cannot be ignored. It would be possible to secure reforms to the euro, free movement of people, or primacy of EU law. 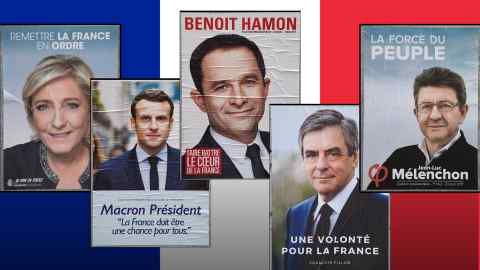 “France is a founding member — we are not like the UK or Greece. When we stamp our feet, people are going to listen,” said one senior party figure.

Others scoff at the idea she would succeed in fundamentally changing France’s relationship with the EU. They point to the failure of the UK to win any meaningful reforms before a Brexit vote and to the radical nature of FN demands — the end of the common currency and free movement of people.

Since France’s EU partners are unlikely to agree to dismantle the bloc, any referendum would be likely to become a plebiscite on leaving the EU.

Could Ms Le Pen hold a referendum on ‘Frexit’?
It is not impossible, but it is unlikely.

France has a written constitution that states that “the Republic is part of the European Union”. So a “Frexit” would require a constitutional change.

Under Article 89, any constitutional change needs to be proposed by the government, not the president. Then it has to be approved by both the upper and the lower houses and then either by public vote in a referendum or by a majority of 60 per cent of Congress.

This means that, if she wanted to call a referendum, a President Le Pen would need a majority in the June legislative elections. “She would need a huge majority,” said Philippe Cossalter, a law professor at Saarlandes University. 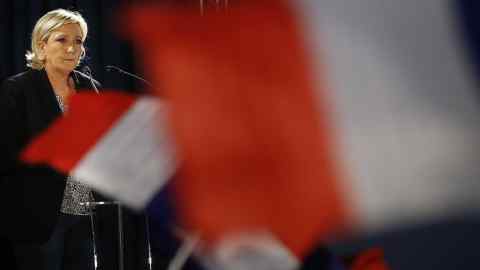 The FN needs to win 289 out of 577 parliamentary seats in June for a majority, up from two at the moment. The party only has two seats in the 348-seat Senate, where elections for half the chamber are due in September.

“A Le Pen presidency without a majority in the house would be unlikely to result in a referendum on the EU,” said Guillaume Menuet, an economist a Citigroup. He argues that the best-case scenario for the FN is winning 100 seats in parliament.

Senior FN officials have said that Ms Le Pen would try to do the same thing. But Article 11 has since been modified by Article 61, requiring a sign-off by the constitutional court before a vote takes place. According to Bruno Cavalier, chief economist at Oddo, Ms Le Pen would find herself “in front of the French constitutional courts” if she tried to use Article 11. The courts would be likely to block such an action, he said.

Any other snags?
Even if Ms Le Pen could organise a vote, polls suggest that the French people do not want to leave the euro. A Eurobarometer poll in October found that 53 per cent of people thought that the euro was a “good thing for their country” compared with 37 per cent who thought it was a “bad thing”.

Live event: The rise of the right

Join FT Commentators in London on March 16 to discuss the rise of right-wing nationalism in Europe.

Since then, Ms Le Pen has tried to soften the message. She has suggested a “common currency” — similar in structure to the European Currency Unit, or Ecu, that preceded the euro — that would exist in parallel with the franc. However, this would still be tantamount to the end of monetary union.

Some analysts think financial markets will go into a tailspin if Ms Le Pen is elected, regardless of the nuances of French constitutional law.

Harvinder Sian, an analyst at Citi, said: “If she wins, the market will go into panic mode,” prompting an “existential crisis” for the EU and potential “leakage of liquidity” from the banks.

If she lost a referendum, what happens?
Ms Le Pen has said she would resign if she lost an EU referendum. Leaving the euro is central to her economic policy. She argues that a devalued franc would restore the competitiveness of French workers. EU rules would also prevent her from implementing many of her other economic policies, which include “intelligent protectionism” and giving preference to French workers over foreign ones.

What about the rest of her domestic programme?
The French constitution gives significant powers to the president, particularly in foreign policy and defence. But for the day-to-day business of running the country, the vast majority of decisions by a French president need parliamentary approval.

EU economy
The economy that France’s next president will inherit 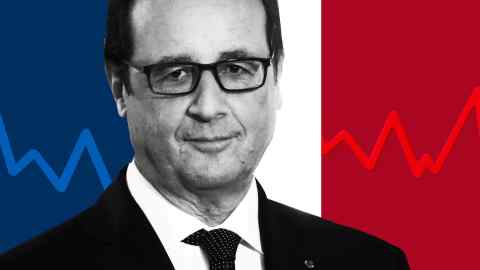 Again, her probable lack of a parliamentary majority would make it difficult to push through her wider agenda — which includes slashing the number of immigrants and beefing up the police force.

There have been three occasions in France’s postwar history where voters chose a parliament that opposed the president, under François Mitterrand and Jacques Chirac. Most of these “cohabitations” did not last long.

A prime minister can fall back on article 49:3, used several times by the current government to push through reform packages without parliament’s approval. But that would also be seen a symbol of failure. Ms Le Pen last year said that the use of 49:3 was an “admission of weakness”.