An innovative finance scheme to help tackle the threat of insecticide-resistant mosquitoes is complementing scientific developments in the fight against malaria with business tools.

MedAccess, a social finance venture owned by CDC, the UK government’s development finance company, negotiated a guarantee in October that countries in Africa would buy 35m Interceptor G2 bednets over the next four years. The nets are made by BASF using the insecticide chlorfenapyr.

By offering assurances to the company of a large volume of sales to a number of high-burden countries, MedAccess was able to secure a price reduction of 40 per cent and offer sufficient certainty of demand. That guarantee will allow BASF to scale up manufacturing and pursue further development work.

“Our role is to be a bridge,” says Michael Anderson, MedAccess chief executive. “We provide a financial guarantee to de-risk the deal and offer advice. We tackle the uncertainty of demand, and uncertainty on the supplier side.”

As the cause of half a million deaths a year, malaria remains one of the most lethal infectious diseases. Insecticide-treated bed nets have long been an important prevention method because they not only protect people from mosquito bites as they sleep, but also kill the insects.

An estimated 60 countries now report mosquitoes’ resistance to at least one form of insecticide, raising concerns that successes in defeating malaria could be reversed. This has spurred joint academic and corporate partnerships to develop new products.

The interventions in market shaping had the biggest impact. I couldn’t think of anything else to save the world faster, by speed, scale and depth of transformation

Many nations are reluctant, however, to invest in the latest bed nets treated with recently developed insecticides. They hesitate over the science, the higher costs and the risk that new products may be launched and then discontinued. As a result, manufacturers are similarly hesitant about small scale orders and erratic payment, and become reluctant to invest in continued research and production.

The MedAccess deal is the latest in a series of “market-shaping” initiatives that use financial mechanisms to ensure new healthcare commodities are more easily available to those most in need.

“I’m an impact junkie,” says Mr Anderson, a former director-general of the UK’s Department for International Development. “Looking across the vast range of things we were doing, pound-for-pound the interventions in market shaping had the biggest impact. I couldn’t think of anything else to save the world faster, by speed, scale and depth of transformation.”

MedAccess, and related mechanisms, aim to respond to a growing “innovation pile-up”, as new products developed for — or with applications in — lower income countries win regulatory approval but are not purchased. That may reflect limited awareness, stretched budgets and inefficiencies in distribution as well as corruption in the supply chain, which and act as a disincentive to create more large-scale and transparent purchasing arrangements for the most effective medical commodities.

When manufacturers do receive orders, they often charge higher prices than in richer countries to reflect the lower volumes, relatively greater costs and higher risks involved. This is where volume guarantees help.

A number of related financing mechanisms already exist. The Global Fund to Fight Aids, TB and Malaria; Gavi, the Vaccine Alliance; and the Pan American Health Organization have all developed “pooled procurement” systems. Their aim is to increase both the volume of purchases across multiple countries and the bargaining power of buyers.

The result is that a cut in prices in lower-income countries is offset by higher total volumes and greater certainty.

Other programmes using this approach include a volume guarantee for the purchase of a long-term injectable contraceptive produced by Merck of the US. The upfront price is higher, but it eases a gap in family planning provision, by providing a discreet birth control technology that lasts many months and reduces the need for regular purchases and consistent use.

Companies like MedSource and mPharma offer economies of scale and negotiate better prices for a wider range of medicines, typically by bulk buying and financing for groups of private healthcare networks across Africa.

That still leaves some gaps. One missing element is the extension of essential products to middle income countries that are no longer eligible for large-scale funding by donor governments or for discounted prices by manufacturers. They are judged sufficiently rich to pay more themselves, but have proved reluctant to do so.

A second problem is the availability of funding mechanisms that extend beyond the “big three” infectious diseases that donors focus on — HIV, TB and malaria.

MedAccess has negotiated guarantees with Hologic in the US for sales of a new HIV diagnostic test. Now Mr Anderson says it is exploring other deals for tools to tackle conditions including hypertension and diabetes.

A final challenge concerns evidence. While MedAccess helps suppliers to sell into new markets, more needs to be done to support the scientific and economic benefits of their products.

Kalipso Chalkidou, director of global health policy at the Centre for Global Development, cautions that even at a discount, for instance, buying an innovative cancer drug in Malawi with a limited number of cancer doctors and scant provision of more basic, generic cancer medicines may be a poor use of scarce resources because it displaces other treatments with a far greater impact on saving more lives.

The Interceptor net backed by MedAccess has yet to be approved by specialists at the World Health Organization who are waiting for more detailed evidence.

Finally, there is a risk that newer and still better technologies are launched while MedAccess remains locked into a guarantee on an existing product. Mr Anderson says that is one reason MedAccess’ guarantees are limited to a few years. “What happens if something better comes along? That’s a risk for our guarantees, but a good thing for the world.” 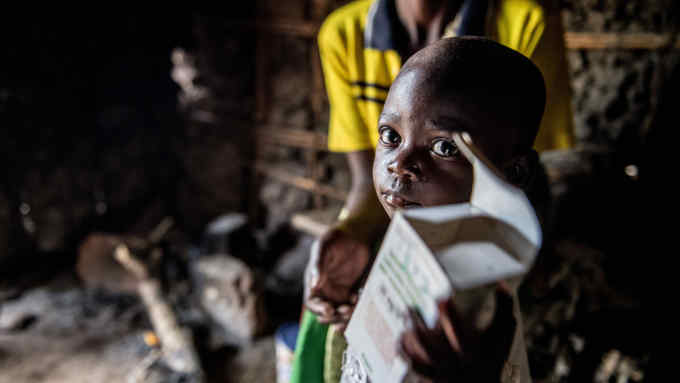