The chiefs of some of Britain’s biggest employers have threatened legal action against the official EU Leave campaign, after it included their corporate logos in a taxpayer-funded referendum leaflet implying that they supported Brexit.

Top executives of General Electric, Unilever and Airbus wrote to Vote Leave claiming that it had misused public funds and used the logos “for propaganda purposes” when, in fact, they supported Britain’s EU membership.

The move came as the Remain camp sought to wrestle the national debate back to the threat to household finances and the economy from Brexit, with a new TNS poll giving Leave a 47-40 point lead.

George Osborne said on Wednesday that Brexit would soon lead to spending cuts and tax rises of more than £30bn a year, a claim that drew the scorn of 65 Tory MPs who said they would block any post-Brexit austerity Budget.

The chancellor will redouble his warnings in his annual Mansion House speech on Thursday.

On Wednesday, Janet Yellen, chair of the Federal Reserve, said doubts around Brexit had been one of the factors in the US central bank’s decision to hold interest rates.

“It is certainly one of the uncertainties we discussed and factored into today’s decision,” said Ms Yellen. A vote by the UK to leave the EU would have consequences for conditions in global markets which would in turn have implications for the US outlook, she added. “That would be a factor in deciding on the appropriate path of policy.”

On Friday, the International Monetary Fund will publish its detailed assessment of the costs of Brexit.

Mr Osborne is aware that his speech, which he will deliver in white tie and a tailcoat, will cement the impression that he is part of a gilded elite, but he will warn that this week’s market turmoil could be a taste of things to come.

Uncertainty over Brexit has caused assets in the UK fund industry to fall by nearly a fifth over the past 12 months and Downing Street has been urging business leaders to step up their warnings about Brexit.

In their letter to Vote Leave, Paul Polman, chief executive of Unilever, and Mark Elborne and Paul Kahn, UK heads of GE and Airbus, respectively, said that their companies had been used “for propaganda purposes in order to imply our support for exit from the European Union. That is not our position; on the contrary we believe that — for jobs and investment — Britain is better off in Europe.”

They said the “misrepresentation” of their businesses and the use of their companies’ names was “highly misleading to British voters, and an act of bad faith” by Vote Leave.

Toyota, whose name and logo are also used in the leaflet, issued a statement reiterating the company’s support for remaining in the EU and making clear that it was considering legal action.

Nissan and Toyota had already complained to Vote Leave about its use of their logos in publicity material.

Mr Kahn said: “I was shocked and dismayed to see my company’s name and logo being used as propaganda for the Leave campaign. We do not support leaving the EU, and our position is widely known.”

Mr Polman said: “The use of our company name and trademark in this way is a clear attempt to mislead the British people. Unilever does not support Vote Leave and does not advocate leaving the European Union, and never has.”

Mr Elborne said: “We are very unhappy with the unauthorised use of our trademark by the Leave campaign. At no point was our permission sought, and it would not have been given had we been asked.”

News in-depthFTfm
What Brexit means for the UK economy 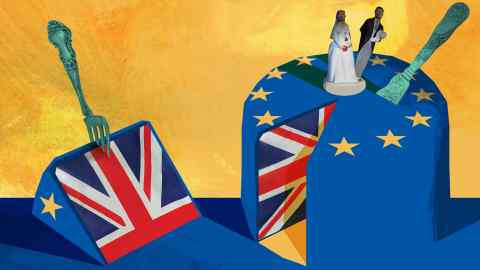 As part of its public funding as the official Leave campaign, Vote Leave is allowed a free mailshot to every voter.

Amber Rudd, energy secretary, said: “Vote Leave have resorted to lying about British businesses because they know they cannot get their support honestly.”

Mr Osborne hopes that the Bank of England’s Monetary Policy Committee will again warn of the dangers of Brexit on Thursday when it announces its monetary policy decision.

But he will get no help from Mark Carney, BoE governor, who cannot talk about European matters and will instead talk about fintech as he is now bound by strict rules forbidding comments from officials.