Staff at the Financial Times have voted for Alzheimer’s Research UK as this year’s charity partner for their seasonal appeal.

Here we give you the answers to some of the most frequently asked questions on Alzheimer’s disease and dementia.

Dementia is not a disease but a set of symptoms that can include progressive memory loss, confusion and personality change. The condition is not a normal part of ageing, although the likelihood of getting dementia rises with advancing years.

How is dementia connected to Alzheimer’s disease?

Alzheimer’s is the most common cause of dementia. The disease that affects about two-thirds of people with dementia is named after the German psychiatrist Alois Alzheimer who first diagnosed it early in the 20th century.

Other brain diseases that can cause dementia include vascular dementia, dementia with Lewy bodies and Pick’s disease.

Who is affected by dementia?

Why should we be concerned about dementia?

Dementia is one of the leading causes of death in the UK and in many other countries.

As populations across the world increase and age, the number of people with dementia is expected to rise to more than 60m globally by 2025. This will cost the global economy more than $1.4tn and cause immense human suffering and distress.

The exact cause of the disease remains unknown. Known risks, however, come from increasing age, a family history of the condition, previous severe head injuries and lifestyle factors and conditions associated with cardiovascular disease. The first signs of Alzheimer’s include minor memory problems, confusion and getting lost in familiar places, problems with speech and language and personality changes such as becoming aggressive, demanding and suspicious of others.

Is there a cure for Alzheimer’s?

Not at the moment. Existing drugs slightly slow symptoms at best. Organisations including ARUK are exploring medical breakthroughs they hope will develop new treatments to prevent and cure the disease and eventually reduce the number of people with Alzheimer’s, as has happened for HIV/Aids and cancer.

Has someone close to you been affected by Alzheimer’s? Tell us about your experience with the disease here. 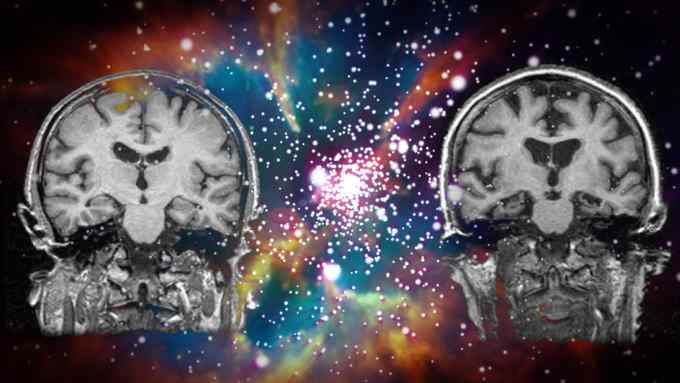