Push for personalised medicine is the latest health blockbuster

Until fairly recently, devices and diagnostics made up the unfashionable wing of the healthcare industry — the poor relation of big pharma and its blockbuster drugs.

It was associated with low-margin knee implants, surgical scalpels and laboratory tests that took days or weeks to deliver a result that, even then, might be wrong.

But this has begun to change. Today, diagnostics companies are indispensable allies of the pharmaceuticals industry in the push for more personalised medicines, helping to match the right drug to the right patient. Medical device companies are pioneering ways to monitor and manage patients’ wellbeing.

Two big trends are driving this transformation. The first is advances in genomic science that have flowed from the decoding of human DNA. This allows for the pinpointing of specific genetic mutations and the illnesses associated with them.

The growing understanding of the molecular pathways behind diseases is combining with the second important trend: the convergence of healthcare and digital technology that is bringing more precision and transparency to modern medicine.

Many consumers are already using mobile sensors to measure basic functions such as heart rate and physical activity through health apps. Similar technology has the potential to collect more sophisticated clinical information that could help patients and their doctors manage diseases such as diabetes, or aid pharma companies in the running of drug trials.

These innovations are generating large volumes of medical data, which could hold the key not only to more effective care of individual patients but also to analysis of population-wide patterns in search of the causes and cures of disease.

John Flannery, chief executive of GE Healthcare, one of the biggest medical equipment vendors, says technology and data promise to make health systems more efficient at a time of rising demand from ageing populations. But he cautions that there is a long way to go before its potential is fulfilled.

“We have largely completed the first phase, which is digitisation of the information, but today the data are still largely inert . . . [there aren’t] a lot of insights that you can take from it,” he says. “The next wave is going to be, ‘how do I get insight from that information, how do I analyse it?’”

Citing GE’s imaging technology, such as MRI scanners, he adds: “How do I draw comparisons between your image and 5m other images through pattern recognition? Can we get to 99 per cent certainty that this image shows this outcome because of these analytics?” 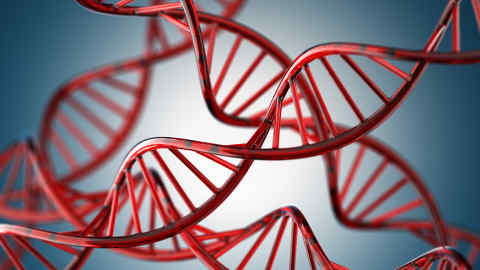 Possibilities of this kind are attracting new companies into healthcare. This month, Medtronic, one of the biggest medical device makers, announced a “broad-based strategic alliance” with Samsung Electronics to deliver “real-time health data to physicians and patients so they can more effectively manage therapy, track symptoms and wirelessly monitor data received from Medtronic devices”.

Google, the technology company, has struck similar partnerships, including an agreement with Novartis, the pharmaceuticals group, to develop a contact lens capable of monitoring glucose levels in eye fluid. Life science innovation is one of the pillars of the Alphabet holding company set up by Google this year as an umbrella for the group’s increasingly diverse activities.

Google’s more futuristic projects include the development of magnetic nanoparticles that could travel through the bloodstream hunting for early signs of cancer and send a warning signal to a sensor worn as a wristband. Google is working with a Boston-based start-up called Entrega on an ingestible patch that sticks to the intestine wall, allowing the nanoparticles to pass into the bloodstream.

The chairman of Entrega’s scientific advisory board is Robert Langer, a renowned biomedical engineer at the Massachusetts Institute of Technology. “It is an amazing time. We are seeing more rapid diagnostics and a convergence between different disciplines,” he says. “Companies like Google, with a lot of bright minds, are coming to the table and bringing new ideas.”

Another example of this kind of thinking comes from Chris Toumazou, professor of engineering at Imperial College London, who started his career developing semiconductors for mobile phones. Motivated in part by the diagnosis of his teenage son with a rare hereditary disorder, Prof Toumazou set up a company called DNA Electronics (DNAe) to make microchips that can “read” tiny samples of genetic material to provide on-the-spot disease diagnoses.

The company’s first product, targeted for launch in 2017, is a test for sepsis, a blood infection that causes an estimated $20bn in healthcare costs in the US alone each year. “Increasing the speed and accuracy of diagnosis will bring savings to health systems and improve outcomes for patients,” says Nick McCooke, chief business officer of DNAe.

A multidisciplinary approach is also being taken by Alexandre Akoulitchev, who studied physics and mathematics in his native Russia before a doctorate in cell biology at Imperial College London. Today, he is chief science officer of Oxford Biodynamics, a spinout from Oxford university. The healthcare service company uses machine-learning algorithms to scan DNA patterns for disease biomarkers. Founded in 2007, it counts several big drugmakers among its customers. “Biology has become a much more precise science, so people with a background in maths and physics are becoming more important,” says Mr Akoulitchev.

His company is focused on a fast-emerging field of research called epigenetics, which aims to identify how the DNA we are born with interacts with outside forces, such as diet, to switch genes on or off. Mr Akoulitchev says that while genetic sequencing has opened frontiers in diagnostics, it cannot unlock all the secrets of human health on its own.

“Genetic information is like books in a library. You need other information to tell you which books to read,” he says. “The idea that everything in our bodies is written in stone through our genetics is not correct. There are only a few diseases that are single-defect genetic disorders. Most have a whole pattern of things that have to go wrong.”

There is also growing interest in the role of the microbiome, the vast population of microbes that live within all of us, in influencing diseases as diverse as eczema and cancer. This is prompting research into whether diagnostic tools could spot changes in the gut that trigger ill health. The US Centers for Disease Control and Prevention this month announced a partnership with uBiome, a Californian start-up, to sequence 10,000 stool samples in search of ways to control hospital infections, for example.

It is a long way from stool sequencing to GE’s imaging technology or Google’s cancer-hunting nanoparticles. But all these technologies demonstrate, in different ways, the opportunities created by the confluence of medical science, digital technology and big data.

Mr McCooke at DNAe warns that, for all the promise, many obstacles remain. Health systems, which have grown used to relatively low-priced devices and diagnostics, are often reluctant to invest in innovation. “There is a whole infrastructure that has to change,” he says. “There is no question it will happen, because the benefits are so great. It is just a question of how long it takes to get there.”