BP has quit the Canadian oil sands after selling its sole producing stake in the region to Calgary-based Cenovus Energy in a deal valued at roughly $1bn.

The deal to withdraw from an area long targeted by environmental campaigners illustrates the fine line BP is trying to tread as chief executive Bernard Looney attempts to balance the company’s fossil fuel investments with a push to reduce emissions.

For its 50 per cent non-operated stake in the Sunrise oil sands project, BP will receive C$600mn ($466mn US) with up to a further C$600mn in payments over the next two years.

But it will also receive acreage from Cenovus off the east coast of Canada where BP is looking to explore and develop oil and gasfields, showing that new fossil fuel projects remain part of the company’s future even as it pivots towards investing more capital in renewables and quitting its most highly polluting projects.

BP said in a statement that while it “will no longer have interests in oil sands production” in Canada it “will shift its focus to future potential offshore growth”.

BP is planning an initial exploration well called Ephesus in the neighbouring Orphan Basin next year, and was due to open an office in St John’s in the second quarter of this year, according to a company newsletter. The drilling programme could last until 2026 with the necessary regulatory approvals, the company said.

While BP has planned the drilling off eastern Canada for some time, the surge in oil prices following Russia’s invasion of Ukraine has added impetus to many fossil fuel investments. Brent crude, the international benchmark, is trading near $120 a barrel — the highest level in a decade.

The Sunrise oil sands project was already operated by Cenovus and produced up to 60,000 barrels a day of bitumen using an extraction technique called steam-assisted gravity drainage.

Energy sector
Oil and gas back in vogue for retail investors 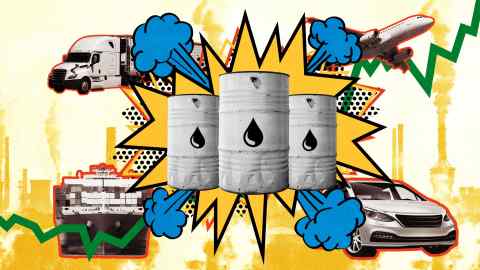 Canadian companies have taken a growing share of oil sands investments as western energy majors have started to turn their backs on a region often associated with higher levels of pollution than conventional oil production.

But the oil sands output has been growing as oil prices have risen and as new export capacity is planned, including a pipeline to Canada’s west coast, making it easier to get the crude to market.

Large oil sands producers including Cenovus have pledged to eliminate the carbon emissions from their projects by 2050, as Canada moves to slash its greenhouse gas pollution.

BP retains a stake in the Terre de Grace oil sands lease but the project has never been developed.