A surge in interest by banks and companies in proving their ethical credentials is driving rapid growth in sustainability-linked loans (SLLs) to food and agriculture firms, but they are not for everyone.

SLLs — corporate lending whose interest rate can rise or fall depending on whether the borrower hits pre-agreed ethical targets — are one of the hottest areas of environmental, social and governance investing. They are benefiting from the global growth in sustainable investing, with assets worth more than $30tn in 2018, according to the Global Sustainable Investment Alliance.

After surging by 190 per cent to $135.3bn last year, the total amount of lending in 2020 is likely to be smaller, owing to the coronavirus pandemic.

But it will still be far above the $4.3bn total for 2017, the year in which the sector is widely seen to have started with a loan to Dutch conglomerate Philips.

Since then SLLs have gained traction in the food and agriculture sector, with lending to the likes of China’s Cofco International, Thai sugar producer Mitr Phol Group, and coffee, sugar and wheat trader Louis Dreyfus.

But with this type of lending in its infancy, methods of drawing up such loans are still being developed and parts of the process can appear off-putting to new entrants.

Greater complexity, a lack of standardisation and the potential for extra costs can act as a barrier, even though the sector has the potential to help businesses achieve — and be seen to achieve — sustainability goals.

One potential obstacle is the shortage of standardised legal documentation. Sung-Hyui Park, senior associate at law firm Bates Wells, says there is no one way of reporting on sustainability performance targets; she points to a lack of established template wording of the type used in conventional loan agreements.

“It’s a nascent market,” she adds. “People are feeling their way through the space.”

Various attempts at standardisation have been made. Like similar organisations in other regions, the London-based Loan Market Association has drawn up a set of principles to help with the structuring and documentation of such loans. In July, the EU’s Taxonomy Regulation, intended to provide a framework for green finance, came into force.

SLLs differ from green bonds and loans, another growing area of ethical finance, in that the proceeds of green lending are meant to be used to finance environmental projects. SLLs, in contrast, can be taken out by any type of company and for any purpose, including for working capital.

Market growth has partly been driven by interest from banks, which are keen to show their ethical credentials and which see the chance to build longer-term relationships with clients as ethical investing increasingly dominates the financial world. For this, the banks are prepared to swallow lower margins on their loans.

It’s a nascent market. People are feeling their way through the space

However, some question whether the financial incentives given for reaching the sustainability targets are adequate.

Ms Park says investment-grade borrowers can typically save between 0.015 per cent and 0.05 percentage points on their interest rates, although some borrowers choose not to disclose the size of the discount. Maarten Biermans, head of sustainable capital markets at Dutch bank Rabobank, says the discount companies can achieve can be anywhere between 0.02 and 0.15 percentage points.

“I don’t think this can fly solely on the monetary interest,” he says. “If you’re going to bribe people into doing good, I’m not sure that’s the right thing.”

Banks, for their part, complain of a lack of support from central banks to reduce their own borrowing costs, a move that could potentially enable them to offer greater discounts.

Some in the market see a potential conflict of interest when a lender bank perversely stands to benefit if a company fails to hit ethical targets. A solution that some lenders have adopted is to donate to charity the extra amount paid on the loan.

Goal-setting is another area that is still developing. Companies typically hammer these goals out with their co-ordinator bank or banks, which may then present the goals to a syndicate of lenders. The challenge is to find a set of targets that is meaningful while also being achievable.

Deciding whether to use the company’s existing ethical targets or to formulate new ones is also a key issue. Some companies unsure of their sustainability strategy may still be hesitant about taking out such loans, says Mr Biermans.

In food and agriculture, targets range from environmental goals to helping smallholders. For Mitr Phol’s SLL, the targets included reducing greenhouse gas emissions and energy and water consumption, as well as improving the ratio of fresh to burnt cane used in its sugar. (The practice of burning off the outer leaves of sugar cane makes harvesting easier but causes pollution and harms wildlife.)

For Mercon Coffee, a Netherlands-based coffee supplier that received a $450m loan in 2019, the targets were tailored towards improving the lives of its growers through training in farm management and sustainability.

Targets are often verified by third-party consultants, which adds a layer of costs, but this is not always possible — for instance, for logistical reasons. That means trust-building is required between the different parties to an SLL.

“There is a risk of greenwashing when selecting KPIs [key performance indicators] and setting specific targets,” warns Mr Biermans. These, he adds, have to be “meaningful” and should not be that a company “commits to double-sided printing or fitting LED lights”. 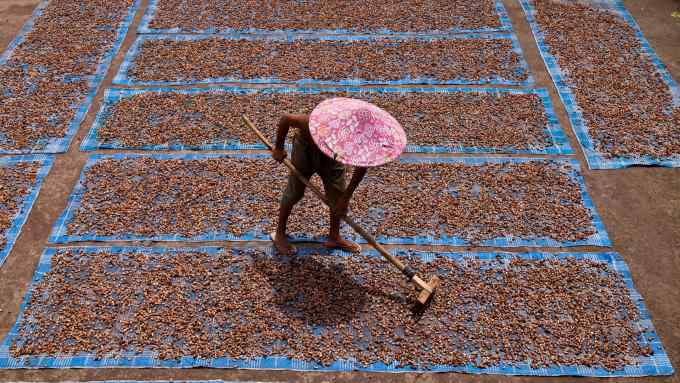