Norway and Japan show the conflicting approaches to ESG investment

A growing consensus has emerged among asset owners and managers that there is no escape from addressing climate change. Yet there is precious little agreement on how to go about it. At one extreme is Norway’s $1tn sovereign wealth fund, the world’s biggest, which has just been given the go-ahead by the Norwegian legislature to dump shares in coal and energy companies. At the other is Japan’s $1.36tn Government Pension Investment Fund (GPIF), the world’s biggest retirement pot, which believes fund managers should engage with companies on climate change rather than divest.

What these two financial behemoths nonetheless have in common is a commitment to climate-related risk reduction. In the case of Norway, which is Europe’s biggest petroleum producer, there is a national vulnerability to confront as the future of fossil fuels becomes more problematic. But the divestment is not quite as radical as it appears at first sight. The fund is retaining its holdings in integrated companies such as Shell and BP because it expects them to be the biggest future investors in renewable energy.

That said, the difference in underlying philosophy is real. In a seminar at the recent meeting of G20 finance ministers and central bank governors in Fukuoka, Hiromichi Mizuno, chief investment officer of GPIF, told me he was passionately opposed to negative screening. The one thing you know for sure about the people to whom you sell the shares, he said, is that they will be much less concerned about climate change than you are.

For GPIF, with 90 per cent of its equity portfolio passively managed, the issue is essentially about the choice of indices. The two it uses to address climate change overweight companies with high carbon efficiency and good disclosure of climate emissions, while underweighting those that do greater environmental damage.

The mere fact of underweighting provides an incentive to improve carbon efficiency and disclosure. But GPIF is also dedicated to prodding its fund managers into active stewardship, with a particular emphasis on the environmental, social and governance agenda (ESG).

Video: Moral Money: why investors should pay attention to ESG

The Japanese fund is in the vanguard in all this. Yet larger institutional investors are increasingly recognising that the E in ESG represents wider opportunities over and above risk management. Since the Paris accord proposed the introduction of carbon reduction targets, implementation by governments inevitably implies an impact on corporate earnings, cash flows and balance sheets. Many business models in such sectors as energy, transport, utilities and construction are no longer viable as a result.

Fund managers that are obliged to disclose their voting record are thus under pressure from asset owners and public opinion to prod companies into explaining how they plan to manage the transition to a low carbon world. At the same time they have to process corporate disclosures on environmental issues, which have multiplied since the Task Force on Climate-Related Financial Disclosure was established by the Financial Stability Board at the request of the G20.

This is where the opportunities arise, chiefly for active managers, since the markets are almost certainly inefficient in their pricing of climate-related risks. This reflects the lack of uniformity and variable transparency in corporate disclosure. 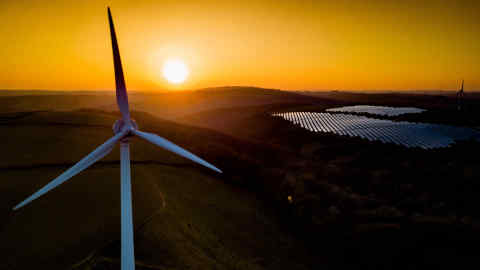 Some fund managers remain sceptical about the social and governance components of ESG. Yet the evidence of the benefits of integrating ESG into the investment process is by now pretty compelling. The most comprehensive academic survey of 2,200 individual studies on the subject found that the great majority showed a positive relationship between ESG and corporate financial performance.*

Yet it does not require academic evidence to recognise the costs of bad governance. Think only of the trouble at Nissan, which boils down to the oldest governance failure in the book: an over-dominant boss accountable to a weak and unbalanced board. The ESG sceptics must surely be a dwindling band.