Edward White in Wellington and Leslie Hook in London

The UN-backed Green Climate Fund, the world’s largest climate finance institution, is facing a wave of internal misconduct complaints including allegations of sexism and harassment in the workplace, and criticism over the death of an employee from coronavirus.

Seventeen current and former employees told the Financial Times they had witnessed or been the victim of misconduct, including abuse of power, racism, sexism, harassment and inappropriate relationships at the fund’s 330-person headquarters in the South Korean city of Songdo. All of the individuals who spoke to the FT asked to remain anonymous.

The GCF has raised more than $17bn and financed more than 140 projects. It is the main funding body to help poor countries achieve the goals of the 2015 Paris climate change accord but has faced previous criticism over its board-level decision making and project selection.

A group of current and former staff, calling themselves the “Re-Green Initiative”, has written to some employees to collect testimony about the new allegations.

“The management of the GCF will be held accountable for their actions,” the group said in the letter seen by the FT. The fund’s mission had been “jeopardised”, the letter said, “by the personal interests of a handful of persons, embedded in the system, who have literally no limit to what they can do”.

Founded in 2010 by UN member states, the fund was conceived to operate differently from traditional aid bodies. It has a rotating board, composed of 24 country representatives: the founders hoped it would provide a new model for how rich nations could help poor nations address climate change.

The allegations of staff misconduct, which span the past three years, come against the backdrop of the #MeToo movement that has spurred women across the world to speak out against harassment and abuse, including in professional environments.

In a written response to questions from the FT, the fund said: “GCF has zero tolerance for racism, sexual harassment or any other forms of discrimination, and is committed to creating a respectful, professional working environment for all its personnel.”

The GCF has had several leadership changes since its formation. The current executive director, Yannick Glemarec, a longtime UN official, took up the post in April 2019. He declined to be interviewed for this story.

The GCF’s own internal documents show complaints to the fund’s Independent Integrity Unit nearly doubled to 40 last year, from 21 the previous year. The unit investigates allegations of fraud or misconduct relating to the GCF’s internal operations or its projects.

Among last year’s complaints, 24 were categorised as staff misconduct, including eight claims of abuse, six of harassment and two of sexual abuse and harassment. The unit’s 2018 report included complaints about alleged inappropriate relationships and a hostile work environment.

In its written response to the FT, the GCF said the number of complaints made to the Independent Integrity Unit “does not necessarily indicate an increase” in acts of staff misconduct. “Increased reporting is also a testimony to GCF’s well-functioning and credible grievance mechanism system,” it said.

Only two of the 2018 and 2019 misconduct cases had been substantiated, the fund said, with 15 still in progress.

But six of the current and former employees who spoke to the FT said the internal complaint mechanism was not sufficient and called for an independent inquiry.

One former staff member who left the organisation this year described sexism and racism at the fund as “systemic”, adding that certain managers had a reputation for “intimidation and bullying”.

Three of the people told the FT they had been sexually harassed by a colleague while working at the GCF and reported it through the internal complaint mechanism.

Some of the current and former employees used the words “toxic” and “hostile” to describe the working environment at the GCF and detailed incidents involving verbal abuse and bullying.

In June, a series of organisation-wide emails which began as a farewell to two colleagues turned into a rant against management. The email chain — a copy of which was seen by the FT — alleged that the fund’s treatment of one of the departing employees had been unfair and racist. It was then deleted from the servers and disappeared from staff inboxes the following day. 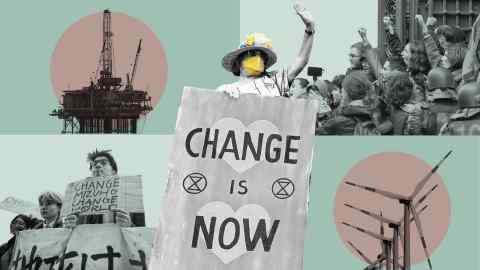 The fund told the FT the emails had been taken off servers and archived. “The GCF has zero tolerance to all forms of harassment, including using the all staff email list to make unfounded accusations and defamation of character,” it said.

Many of the current and former employees who spoke to the FT said they continued to support the fund’s mandate and believed it was uniquely placed to help poor countries battle climate change.

The secretariat has more than 200 employees from at least 61 different nationalities. The diverse staff body represented a particular challenge for management, the people said, especially given the GCF’s isolated location, not in a cosmopolitan capital city but in Songdo — a satellite business district of 50,000 people built over the past 20 years on reclaimed land about an hour south-west of Seoul.

Staff morale has deteriorated further this year over the organisation’s handling of the coronavirus pandemic, current and former employees said.

The GCF held a board meeting in Geneva from March 10 to March 12, days before European countries began to impose lockdown measures.

Following the meeting, four attendees fell ill with Covid-19, including Leonardo Paat Jr, a widely respected environmental expert from the Philippines, who tested positive for the virus after the meeting. He died in early August.

The fund described Paat’s death as “a tragedy for GCF and for the global climate community”. The board meeting had been moved from South Korea to Switzerland in order to protect the health of attendees, it said. “Switzerland was selected as the new venue at a time when there were no reported cases in that country.”

The GCF issued a public statement in response to this article after publication, which can be viewed here.