The online challengers threatening to disrupt the disrupters

We’ll send you a myFT Daily Digest email rounding up the latest Disrupters news every morning.

Sir Tim Berners-Lee, creator of the worldwide web, hit out at Big Tech recently, complaining that personal data is controlled and owned by a small number of companies. The internet, he said, “has been compressed under the powerful weight of a few dominant platforms”.

The concern is highly topical now that coronavirus has led to a surge in online traffic. Should companies like Facebook and Google be allowed to profit so significantly by leveraging our private data at a time when humanity is making sacrifices? If there is a time for new “privacy-first” models, it may be now.

Many of today’s dominant disrupters, such as Airbnb, Alibaba and Uber, use a platform model, acting as a powerful intermediary between users. So do seven of the 10 most valuable companies in the world, including Amazon and Apple. While these big companies appear invincible, the history of business and technology is replete with evidence that such businesses almost inevitably fall prey to newer, more efficient models, in line with the process of creative destruction described by the economist Joseph Schumpeter.

Now a new breed of businesses known as DAOs (decentralised autonomous organisations) is paving the way for an alternative “trust-based” business model that has the potential to disrupt some of today’s dominant disrupters.

DAOs are at the heart of the recent movement to create the next-generation internet, the internet of people (IoP), which calls for individuals to be able to control their personal data and for a drastic reduction in the role of intermediaries. The IoP movement argues that cyber space has been colonised by a few platform companies, which have turned the internet into a hostile environment through their exploitation of data and high fees in the range of 20-30 per cent.

The DAOs are built on the principles of the IoP movement. First, they are based on the belief that parties directly involved in an exchange can operate without having to rely on third-party networks such as those used by Uber or Facebook. The likes of Swarm City, a ride-sharing app, are able to do this by exploiting technologies such as blockchain. 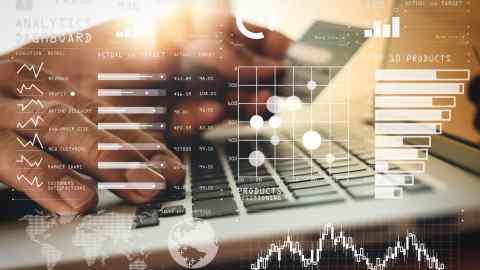 Imagine a traveller using Swarm City. A DAO can create a hashtag “#needaride from point A to point B”, which serves as a marketplace and a smart contract. Drivers who are interested in providing the ride can send a bid directly to the prospective customer, eliminating the need for intermediaries such as Uber.

Second, DAOs are based on the belief that users should control their personal data, and they do not capture user and interaction data centrally. This contrasts with platform businesses such as Uber and Facebook, which maintain centralised data sets and use them for commercial purposes. DAOs use blockchain technology, with advanced cryptography for security, to store relevant trust-forming information like consumer reviews in a distributed ledger.

Third, DAOs take ultra-low commissions — typically less than 3 per cent. They pass on the savings to those parties involved in a transaction. As a result, they lay the foundation for new trust-based business models that return data control to users and share profits more equitably.

The DAOs enable payments using cryptocurrencies. Arcade City, a ride-sharing service, issues “Arcade Tokens”, which eliminate expensive credit card fees. Users can use a preferred currency for buying and converting the tokens. Many DAOs, such as LockTrip, a blockchain-based travel marketplace, even accept credit cards for a low fee.

Platforms such as Uber, Airbnb and Booking.com would be primary targets for disruption

Our analysis suggests that all commercial platforms perform three key functions: matching supply and demand (such as rider with driver), verification of supplier reputation through reviews, and payment. DAOs are particularly suited to accomplishing these using technologies like blockchain.

Platforms such as Uber, Airbnb and Booking.com perform precisely these three functions, so they would be primary targets for disruption. However, some big platforms are relatively safe for the time being, such as Amazon, which also provides extensive customer support and mediation, and a variety of products from different categories; and Netflix, which creates content.

The DAOs will have to build scale to disrupt any of these dominant platforms. It is becoming increasingly clear many large suppliers whose profits have been hit by dominant platforms are partnering with the new arrivals. LockTrip lists more than 500,000 hotels and properties. Winding Tree, a business-to-business travel marketplace, has received an investment from Lufthansa and has partnered with Air Canada, Air France-KLM and Air New Zealand. DAOs will be able to build on large companies’ capital and brand strength to legitimise their business models.

Even if the DAOs fail, their fundamental principles give them a good chance of capturing a fair share of the market. They are likely to mirror low-cost airlines and financial services businesses in the way those have wrestled market share from high-margin incumbents. The newcomers may initially appear inferior, but that is how Clayton Christensen, the late management writer and author of The Innovator’s Dilemma, predicted disruption would occur.