It has been a tough 18 months for Poland’s LGBT+ community. Since last year, the ruling Law and Justice party (PiS) has made attacks on the LGBT+ rights movement a staple of its rhetoric in a bid to mobilise conservative voters in a string of crucial elections.

The attacks peaked around the presidential election campaign this summer. President Andrzej Duda, an ally of PiS, branded the LGBT+ rights movement an ideology “more destructive” than communism. One PiS member of parliament shared a cartoon comparing gay marriage to a union between a man and a goat. Another PiS MP claimed LGBT people were “not equal to normal people” — four months later, he was appointed education minister.

The hostility has also been reflected at a local level, with dozens of Polish municipalities declaring themselves free from “LGBT ideology”. ILGA-Europe, a Brussels-based NGO, recently ranked Poland the worst EU country for LGBT+ rights.

Against this backdrop, LGBT+ rights activists and employees say the role played by companies in providing inclusive work environments takes on added importance.

“Companies can be good corporate citizens, and very often their good practices can precede legal regulations in a country. Business is more agile, and we can act quickly,” says Olga Ziegler, a senior associate at Dentons, the law firm, which has 500 staff in Poland.

The Warsaw-based leader of the firm’s LGBT+ GLOW Europe network adds: “As an LGBT person, I do not always feel safe on the street, so it is really important for me that we can feel safe at work.”

We see companies trying to compensate for the fact that Poland may not be the best place for LGBT people, by offering various incentives to persuade them to work here

However, there is a big difference between how different companies and sectors approach the topic.

Slava Melnyk, managing director of the Campaign Against Homophobia (KPH), says the private sector, and in particular international groups in sectors such as banking and consulting, have played a more proactive role in creating LGBT-friendly working environments. The public sector, he adds, has not.

One of the most tangible ways companies can show their support for LGBT+ staff is through the benefits they provide. Poland does not allow either civil partnerships or gay marriage. However, some companies, particularly global ones, offer the same benefits, such as parental leave or health insurance, to partners in same-sex couples as they do to heterosexual ones.

“What we see now, at least in the case of the larger companies, especially international corporations, is that when the situation is getting worse in Poland, then the companies tend to provide measures for people that maybe suffer from discrimination to feel maybe safer in the workplace,” said Mr Melnyk.

“We have also seen various other examples, such as of banks offering and explicitly communicating services for same-sex relationships, for example.”

In recent years, increasing numbers of companies have set up internal Pride networks to support LGBT+ staff, as well as co-ordinating among themselves. Ms Ziegler says that, at Dentons, many lawyers have volunteered to work pro bono to support LGBT+ groups, providing help on everything from court cases to drafting contracts.

Before the pandemic, increasing numbers of companies were also participating in the Pride marches that have been spreading through Poland. Although this year’s marches were largely cancelled due to Covid-19, LGBT+ representatives say companies have used internal events and inclusion workshops as other ways of raising awareness.

“Internally, things remained pretty much the same,” says Kuba Piwowar, a local sales consultant from Google. “We talk, we meet, we both self-organise and have constant support from the management and co-workers.”

But there have also been cases of companies’ LGBT+ policies setting them on a collision course with politicians.

Earlier this year, prosecutors in Warsaw said they had charged an HR manager at Swedish furniture giant Ikea with limiting employee rights with regard to religion for firing a worker who had posted quotes from the Bible describing homosexual acts as an “abomination” on the company intranet, in response to a call to support LGBT+ people.

Ikea said the quotes were about “death, blood in the context of what fate should befall homosexuals”, and that the employee’s departure — which caught the attention of conservative justice minister Zbigniew Ziobro, and is also the subject of a lawsuit by the ex-employee — had occurred by mutual agreement. It added that it was providing “full support” to the charged HR manager, and declined to comment further.

While both cases are still pending, Poland’s political tensions show few signs of easing. But activists hope that in the medium term, Poland’s economic success, and the continuing internationalisation of its economy, may contribute to a better working climate.

“We need to keep in mind that Poland is becoming more and more of a hub for international corporations outsourcing work,” said Mr Melnyk. “And we see companies trying to compensate for the fact that Poland may not be the best place for LGBT people, by offering various incentives to persuade them to work here.” 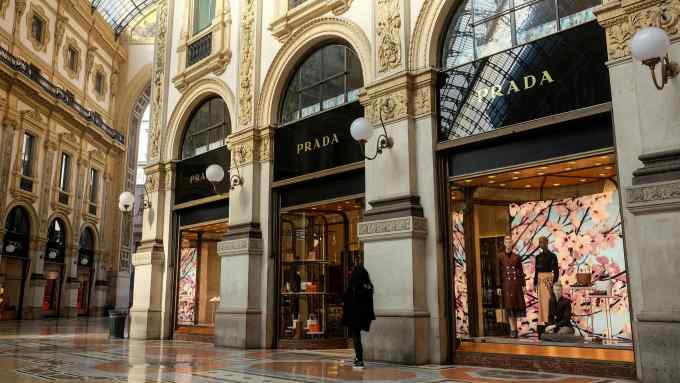