Uber passengers in central London can now request a driver with an all-electric vehicle, as part of the company’s mission to become a “fully zero-emission platform” by 2040.

Uber Green, available from Monday on journeys that start in London’s Zone 1, gives riders the option of choosing a fully electric vehicle instead of a hybrid, diesel or petrol car. There are plans for a wider rollout in the capital at a later date.

“With cities beginning to open up once again, we have a once-in-a-lifetime opportunity to drive a green recovery by ensuring that every car on the Uber app in London is fully electric,” said Jamie Heywood, Uber’s regional general manager for northern and eastern Europe.

The green feature’s launch followed a series of legal battles in the city including Uber’s successful challenge to retain its operating licence and, most recently, a landmark Supreme Court ruling that led the ride-hailing platform to reclassify UK drivers as workers.

London, one of Uber’s biggest markets, is its first target for emission-free journeys by 2025. 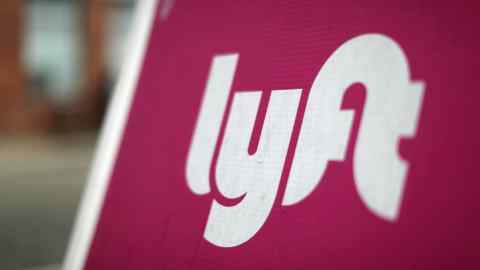 In January 2019, Uber added an additional fee of 15p for every mile travelled in the city as part of its Clean Air Plan, which it says has raised £125m to help UK drivers cover the cost of vehicles.

The company signed a deal the following year with Nissan to provide 2,000 electric Leafs to Uber drivers at below-market rates for rent or purchase.

Uber last year pledged to go fully electric by 2040, with fleets in Europe and North America targeting the goal by 2030.

“The ultimate success of our business will rest on our ability to transition our platform to clean energy in partnership with drivers, industry innovators, and governments,” chief executive Dara Khosrowshahi said at the time.

Uber Green will be rolled out in 60 European cities and across the US by the end of 2021.

Uber is not the only ride-hailing platform that has made a commitment to reducing its environmental impact. Rival service Lyft, which operates in the US and Canada, has also said it will move to a fully electric fleet by 2030.