Johnson & Johnson, one of this year’s winners for Vitality’s Britain’s Healthiest Workplace awards, has come out on top all but one of the times it has entered.

Some of the more innovative initiatives recently introduced by the world’s largest healthcare company to support its employees’ mental and physical health at work tackle particularly sensitive topics such as fertility and gender dysphoria.

“We’re building a culture that allows employees to bring their true selves to work,” says Clare Sicklen, J&J’s HR lead for health and wellness in the UK. “However, we recognise that any employee struggling with their sense of identity, particularly when it comes to gender, might find this challenging.”

Gender dysphoria is a condition where a person feels uncomfortable or distressed due to a misalignment between their biological sex and their gender identity. It can cause severe stress, anxiety or depression — mental health problems that raise the likelihood of being less productive, less engaged and absent from work.

J&J provides consultations with psychiatrists and psychologists who can diagnose the condition, as well as an initial consultation with an endocrinologist who can provide recommendations for hormone treatment, if needed. By adding fertility assistance to the list of benefits for its employees, J&J not only makes a once-taboo topic open for discussion, but goes one step further by making pregnancy a more likely reality for those that want to have their own children — via diagnostic tests, treatments and specialist consultations.

“Starting a family is a huge milestone,” says Sicklen. “But we know it’s not always easy. Things don’t always go to plan and what should be the happiest of times can quickly become the most difficult.”

J&J, like many companies, receives aggregated and anonymised data on its employees’ health through several channels. “Data are really important in terms of informing how and where we want to focus our efforts,” she emphasises. The company’s private healthcare scheme is one important source of this data. What quickly became apparent from this information is that employees use the scheme mainly for joint and muscle conditions — problems which tend to require consistent and ongoing treatment.

Musculoskeletal conditions affect around eight in 10 people over the age of 40, according to the results of Vitality’s survey. And the majority of those suffer from more than one condition. But with an annual limit on the value of J&J’s outpatient care, some staff were previously unable to get the full level of care they needed. This year the company decided to remove the limit entirely.

J&J has also extended its healthcare commitment with a “cancer promise”. Almost 1,000 people are diagnosed with cancer every day in the UK. J&J vows that if one of its employees were to receive this diagnosis, there would be no limit to the length of treatment provided.

“We have a moral and legal duty to look after our employees, but it also makes good, sound business sense to invest in our employees’ health and wellbeing,” says Margaret Mercer, J&J’s global health services operations lead in the UK. “This way they are engaged, they are present, and they are productive.”

Companies which take part in Vitality’s survey for the first time are eligible for the “new entrant” awards. Taylor Wessing, a law firm, is the highest scoring among medium-sized businesses in this category. “We’re a client-facing firm, so if our people aren’t happy and engaged they’re not going to be able to do their jobs properly,” says Dan Harris, Taylor Wessing’s senior responsible business manager.

The firm plans to introduce a new menopause policy this year to raise awareness of the symptoms and make it a subject more open for discussion at work. “We know that traditional benefits don’t necessarily cover everyone’s needs,” says Harris. “So we are continually trying to adapt and make sure our benefits are relevant.”

The group is increasing its efforts to promote agile working. “People are becoming more vocal about agile working earlier on in the recruitment process,” says Debs Hollands, Taylor Wessing’s talent operations manager. “So we need to able to clearly demonstrate this is part of the culture here, in order to be an attractive place to work.”

One of Taylor Wessing’s largest and most successful occupational health initiatives has been the opening of its in-house doctor’s clinic. Operating three days a week, it allows employees quicker access to healthcare than through the National Health Service while saving time and energy travelling to and from their local surgery.

“The feedback has been really positive,” Harris says proudly. “People are happy with the speed at which they can be seen and, in one case, are now even seeing a GP when they otherwise wouldn’t have bothered.”

Aggregated and anonymised data fed back to occupational health staff show the type of conditions employees are taking to the GP. This has generated ideas for additional healthcare support for the firm’s workers, such as a pop-up skin clinic organised by Hollands after she discovered staff were frequently visiting the GP for dermatological problems.

Mental health has been a priority. Free subscriptions to the Headspace meditation app have been offered to employees — a suggestion from the firm’s wellbeing network, an internal group that acts as a representative committee for health-related concerns.

“In the past 12 to 18 months we have been focusing on employee wellbeing and mental health, because we can see that it’s a very good way to prevent so many issues that come up,” says Harris. “And prevention is better than a cure.” 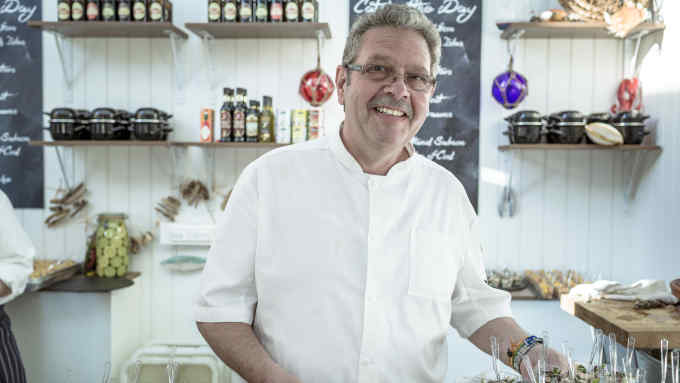