Accept & continue
Manage cookies
The click-fit club: tech to take your health to the next level
See all 10 stories
How To Spend It Gadgets

The best high-tech kit for the health-conscious consumer

Sign up to myFT Daily Digest to be the first to know about Gadgets news.

The e-surfboard with good vibrations
There are many reasons why this electric-powered, 24mph surfboard is one of the few products in decades that I have not personally tested. Not the least of them being that the board is in Florida and I’m not (the others variously relate to my co-ordination, or lack thereof). Still, if I were to surf, this is how I'd like to do it. Because the YuJet doesn’t need waves to speed it along; you can use its 40-minute-per-charge ride time to pootle along for as far as 16 miles on gentle ponds and lakes. It doesn’t make a racket like a petrol-driven Jet Ski. And having jets rather than a propeller means it’s safer for critters and swimmers. Those that have tried YuJet, even non-surfers, say it’s really easy to learn. I would add that they haven’t met me, but for a normal person this looks like a bundle of feel-good fun. YuJet, $9,999, plus shipping, from $1,500, yujetusa.com

How to turn wine to water
For decades, the home water purifier market in Britain has been dominated by Germany’s Brita. But an outsider from Pennsylvania, ZeroWater, is now available in the UK. ZeroWater has two unusual features that I like a lot. Its filtering is so extreme that it reduces red wine to almost clear non-alcoholic water, something the brand doesn’t recommend because it damages the filter but is nonetheless too irresistible a piece of magic not to try. Secondly, it comes with an electronic meter to measure dissolved solids. London tap water hits 370 on this; ZeroWater filtered water, 000. Be aware, though. ZeroWater is so efficient it takes out 99 per cent of fluoride, which is not necessarily good for children’s dental health. ZeroWater with TDS meter, from £25, zerowater.co.uk

A monitor for keto-dieters
Ketones, produced when the liver breaks down fats to provide energy, may be bad news for diabetics, but they’re what you want in your blood if you’re avoiding carbs to lose weight on the keto diet. A lot of dieters looking to check their ketone level use pin-prick devices or urine test strips, which are not pleasant. The Ketoscan Mini is a pocket-sized machine that, with a companion app, does the next best thing to blood analysis – a breath test for acetone. I used Ketoscan Mini while doing a couple of weeks of keto meals delivered by loveyourself.co.uk, and found it a well-executed system with actionable feedback on the app. Do be sure to speak to a doctor before trying keto, though. Ketoscan Mini, £179, ketoscanmini.co.uk

Pure air on the road
Last year, I featured Airbubbl, a formidable Danish in-car air cleaner. Not to be outdone in the Scandi wellness stakes, Stockholm’s Blueair has introduced its own, slimmer, better-looking, more powerful purifiers. I tried the Cabin P2i, which straps to the back of a headrest. The air systems in quality cars filter relatively large-particle pollutants – diesel particulates and pollen – but trapping vehicle-generated gases like nitric oxide (NO) and nitrogen dioxide (NO2), as well as formaldehydes and pet debris emanating from inside the car, requires a different level of filtering. You can turn the P2i on and off and vary the speed manually using the app, which also tracks air quality, but it’s safer while driving to touch an ergonomically clever knob on the power plug. Blueair Cabin P2i, £249, blueair.com

The perfect fan-humidifier for the home office
Overly dry air indoors is horrible. It affects everything from your skin to your breathing to your home’s paintwork. While there’s nothing much you can do about dry air in the office, the WFH revolution gives you the chance, among other pluses, to get the air in which you work perfect. Five years ago, after spending £37.5m on development, Dyson introduced its remarkable AM10 home humidifier, which I know from readers’ emails I received at the time was a game-changer for many. Being able to live and sleep with air controlled to a perfect 45 per cent humidity (or whatever percentage you prefer, controllable from an app) made people feel exceptionally well. And seeing as it was a complex Dyson product, engineered to within an inch of its life, the fine mist of humid air it pumped out wasn’t laden with just any water – it was Dyson water, filtered, purified from dust, pollen, nitrogen dioxide and benzene, and disinfected with ultraviolet light to kill bugs.

The reason not everyone – even confirmed Dysonistas – was a fan, however, was that the AM10 humidifier wasn’t a fan. I know that a lot of people on hot, dry summer days would have it on alongside, or across the room from, a tall Dyson cooling fan.

Even then, Dyson was working on a way to integrate a fan and a humidifier, and the result is the Pure Humidify+Cool, a sample of which is wafting 320 litres per second of cool, luscious air over me as I write this. And yes, said the engineer who briefed me, it even works – if a little less powerfully – when you have windows open.

Is there a warm- and cool-air humidifier in development? The engineer wouldn’t say, but it would seem a logical step. Dyson Pure Humidify+ Cool, £600, dyson.co.uk 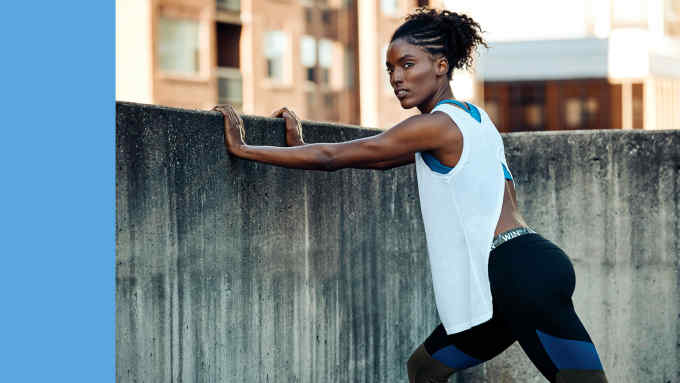