To some, technology companies represent the future — a world in which society’s rules have been rewritten. To others, they just offer more of the same.

“I was thinking of going into tech, but a lot of tech is dominated by these monocultures of middle-class white men,” says Eoin McCarthy, a London-based coder with a degree in engineering from Bristol university. “I wanted to write software, but I wasn’t that interested in joining these big companies. I was more interested in being part of an organisation that had a positive direction.”

McCarthy is 24 years old but has decided to teach at a free coding boot camp, rather than pursue a career at a large technology group or start-up. He says this is because the rise of big companies such as Google, Facebook and Microsoft has destroyed one of the founding ideals of the internet: that it should offer free, unrestricted access to information.

His view is shared by a growing movement of coders across Europe. “Samsung makes these beautiful TVs, but it’s not necessarily making people’s lives better,” says Germán Bencci, who last year founded CodeYourFuture, the UK’s first coding school for refugees. “It left me feeling empty.”

The developers argue that technology has failed to make the world a better place. Instead it has been co-opted by companies that work for profit while claiming to do good for people, fostering a culture of sexism and discrimination in the industry.

“The internet is a walled garden,” says McCarthy, who now works part-time as a web engineer while teaching minority groups how to code at Founders & Coders, a social enterprise that aims to improve diversity in the technology industry. “You can’t place all the blame on tech companies, but inviting minorities into technology is something that a lot of companies fail to do.” Founders & Coders was started by Dan Sofer, a veteran software developer who project-managed the development of the website for the London 2012 Olympics.

Bencci followed a similar path. Last year the Venezuela-born engineer quit a generously paid job in Samsung’s strategic partnerships team to found CodeYourFuture after he read about the refugee crisis in Europe. He says others will do the same as society becomes more unequal and faces bigger crises. “We are starting to think it must be possible to use these skills for some good,” he says.

Figures show that more and more developers are rejecting high-profile careers in technology to work for non-profit organisations or co-operatives. As of this May, there were 1,883 organisations in the EU developing “tech for good”, according to Nesta, the UK-based innovation charity, double the number two years previously. Peter Baeck, an analyst at Nesta, says the change has been driven by younger coders, who are more focused on social goals. “There is an increased awareness of the importance of supporting civil society organisations [with technology],” he says. “Tech organisations can get too obsessed with the technology and they don’t focus enough on the problems they’re trying to solve.”

Most of the organisations focus on education and skills training or participative and democratic technology. The emphasis is not far from the original vision of Sir Tim Berners-Lee, the British engineer who invented the worldwide web. “The aim,” he wrote in his proposal for an “information management system” in 1989, “would be to allow a place to be found for any information or reference which one felt was important.”

For the system to work, Berners-Lee told his bosses at Cern, the particle physics laboratory where he was a scientist, it would have to be free. Otherwise information would become limited and enfeebled by the forces that controlled it. “You can’t propose that something be a universal space and at the same time keep control of it,” he says on his website.

Social enterprises such as mySociety, an online democracy tool for citizens, and Open Knowledge International, an open data network, were some of the earliest social tech projects, but there are now over 1,055 across Europe. Governments and local authorities have joined in, with initiatives such as Barcelona Digital City to find technological solutions for urban challenges; Germany’s €1.2m Prototype Fund for open-source projects; and ProZorro, Ukraine’s online procurement platform. Sweden and Finland have public innovation funds with social missions and the UK finances a Knowledge Transfer Network, which links businesses and universities with funders and investors.

The EU’s Collective Awareness Platforms for Sustainability & Social Innovation initiative, which supports technology with social and environmental goals, is the bloc’s biggest tech-for-good project, with a budget of €65m over three rounds. Projects in which it has invested include D-Cent, a Europe-wide network for citizens to share data outside the control of large companies.

Most of these socially focused projects remain small, in part because of a lack of private funding. Research from the Global Impact Investing Network shows that only 2 per cent of the €80bn “impact investment” market for social projects goes into the information technology sector.

“Venture capitalists invest in companies to make profit, not for social goals,” says Andrew Keen, one of Silicon Valley’s most vocal critics and author of a forthcoming book on technology, How to Fix the Future. “The problem, in some ways, with the current architecture is that the venture capitalists tend to only be interested in huge wins [and] multibillion-dollar companies.”

In a not-so-trendy part of east London, in a crowded room full of laptops, students jostle to ask questions of a grizzled man in a rain jacket. That man is Dan Sofer, creator of Founders & Coders, a social enterprise that aims to improve diversity in the technology industry by providing free 16-week courses to under-represented groups.

Elsewhere, a typical three-month coding boot camp costs an average of $11,400, according to Course Report, a boot camp directory. “We’re solving a real problem for the education system, tech sector and economy,” says Sofer. “If we were owned by investors, the whole nature of the relationship would change.”

Founded in 2014 in London, Founders & Coders focused initially on training more female students and boasts of cohorts that are 50 per cent women. But in the past two years it has established campuses in Nazareth, Israel, and Gaza to help Arab Israelis and Palestinians access the region’s vibrant technology scene. “It’s a known fact that [diversity] is a problem in technology,” says Noga Inbar, a teacher at Founders & Coders in London who is originally from Israel. “It’s a very involved community and you are kind of required to become an active part of it.”

Because Founders & Coders is free, graduates are encouraged to teach at one of its schools even once they find work. Many elect to travel to campuses in the Middle East despite the poor pay, although the school also offers jobs and internships at 8th Light and ThoughtWorks, the consultancies, and Ticketmaster, the ticketing group. “Your biggest problem [travelling to the Middle East] is how you survive on the pathetic remuneration we’re offering you,” Sofer says. He makes the same joke six times during his 40-minute presentation, but the students remain entranced.

When Syria was in the throes of civil war in 2012, Ahmed Kino, like so many others, was forced to flee Aleppo. The 23-year-old left behind an economics degree in the city for an insecure life in Kobani, a town on the northern border where, as a Kurd, he was relatively safe.

Alone in his bedroom there, he spent two years learning basic programming languages QuickBASIC and C++ from a textbook, writing the script out longhand and typing it into a computer in the brief hours when there was power.

Then, in 2014, his family fled to Turkey, then to Europe, a journey that has proved fatal for so many thousands. “It was one of the worst journeys I’ve had in my life,” he says.

After three months travelling through Macedonia, Serbia, Hungary, Austria, Germany, the Netherlands, Belgium and France, Ahmed arrived in the UK. After receiving asylum two years ago, he found a job stacking shelves in Poundland, the budget retailer.

“My whole attention was on coding, but what happened is I was really struggling to manage my coding and work in Poundland. I had no time,” he says.

Luckily for Ahmed, a friend from the “Jungle” migrant camp in Calais told him about CodeYourFuture, a training group that gives free weekend coding classes to refugees. Run by volunteer developers from large companies who donate their time on weekends. It has campuses in London, Manchester and Glasgow.

After six months of training, Ahmed has found a job as a developer with We Got POP, a film production workflow start-up. “I’m really enjoying the job at the moment. I’m dealing with different problems on different days,” he says.

Germán Bencci, CodeYourFuture’s founder, says the rest of the technology industry needs to wake up to real problems and do more than evangelise in mission statements. “If you read tech companies’ missions, a lot of them make it sound like they’re changing the world. The reality is a little bit different,” he says.

At first glance, Outlandish sounds like any other technology start-up. The difference is that it has been set up as a sociocracy — a structure invented by the Quakers to encourage non-hierarchical co-operative decision-making. The group is co-owned by its members and does not take decisions without everyone’s consent.

Outlandish chooses projects that “feel good” to all its members. “We wanted to grow, but not in a way that destroyed our culture,” says Abigail Handley, one of the group’s partners. “Sociocracy makes you more innovative.”

In the seven years since Outlandish was founded, it has attracted clients such as the British Council and the National Union of Teachers, developing social media and data tools for them. In its most recent project, the group developed an interactive UK data map on which parents can see real-time funding cuts to schools in their area.

Outlandish, which is a limited liability partnership, has a turnover of £1.3m. It has used some of these revenues to lease office space so that other co-operatives and non-profit technology groups can hire desks at a small cost.

According to Kayleigh Walsh, another partner, the group’s co-operative sociocratic structure allows it to check constantly that its work is bringing about positive social change.

“It’s a very good way of making sure you know why you’re doing what you’re doing, and so to use technology for social good and be a great place to work,” she says. 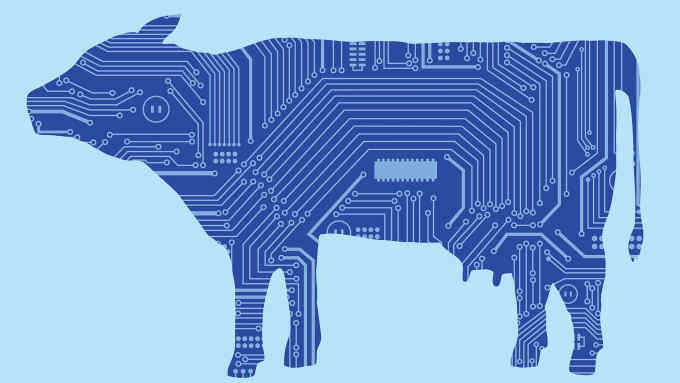