Chancellor's blockchain idea is a desperate scrape of the Brexit barrel 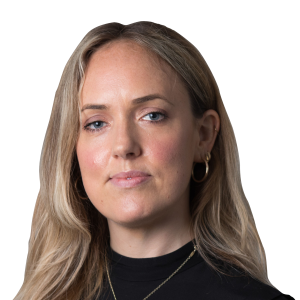 Sign up to myFT Daily Digest to be the first to know about European Union news.

Knowing only a little about the intricacies of Brexit, but rather more about overhyped financial technology, we'd have to guess the former isn't going too well. The reason is a statement from Philip Hammond, chancellor of the exchequer, reported by Reuters on Monday:

“There is technology becoming available (...) I don’t claim to be an expert on it but the most obvious technology is blockchain,” Hammond said when asked about how the government could achieve smooth trade after Brexit.

The problem is the Irish border. The post-conflict settlement in Northern Ireland rests in part on a fluid and frictionless relationship with its southern neighbour, which in turn has rested on both sides belonging to the European Union. Brexit threatens to undo that settlement.

If the UK is to fully leave the EU, or rely on World Trade Organization rules in a no-deal scenario, a (wildly unpopular) hard border must spring up if Northern Ireland goes with it. Or there must be some sort of special status for Northern Ireland, which fragments the UK. Or the post-Brexit relationship of the UK to the EU must be close to what it is pre-Brexit. (Martin Sandbu is the must-read guide to it all).

It is safe to say technology used at the border is a red herring, as even the best database can't poke its nose inside a lorry. Here, for instance, is one of the IT experts quoted in the Irish Times calling the idea of technological solutions to the border question “complete nonsense”:

“It’s one of these things that if people say it often enough it starts to sound like something that could work,” said Sadhbh McCarthy, who set up and led the Centre for Irish and European Security (CIES).

“If border issues were that easy to sort out do you think the US, with all its resources, would be considering building a big wall with Mexico?” added Ms McCarthy, who has also served as managing director at the at the European Biometrics Forum, and in a number of IT roles with the likes of IBM and Diageo.

Wired also looked at tech solutions for dealing with 6,000 heavy goods vehicles per day crossing the border, and decided that they were “untested or imaginary”. Blockchain as a border solution is both.

So what inspired Hammond to jump on the blockwagon? It might have been a “white paper” literally called “Blockchain for Brexit”, released last week by Reply Ltd, a consultancy which promised a “solution that could save global businesses billions of pounds through seamless border checks and virtually infallible tracking systems for their goods”.

David Cameron (pictured here by Alphaville at a bitcoin-wallet office-opening party back in February 2017) might also be a role model:

The thing is, a shared record-keeping system for online payments isn't the same thing as an “infallible tracking system” for goods. A blockchain, in its purest form, is an energy-intensive, slow, unwieldy bit of technology which keeps a record of cryptocurrency transactions. But that “currency” is nothing more than a string of digits. It doesn't exist outside of the internet. In order to track goods digitally, you need to somehow “tokenise” them and trust those tokens represent the physical goods. Blockchain can't do that.

It's also very unclear what “blockchain technology” actually refers to. Outside of the world of cryptocurrency, its essential characteristics have become so watered down to make the term meaningless. The only common definition for it is a “distributed ledger technology”, which just replaces one incomprehensible bit of jargon with another.

The chancellor might have come across it because so many companies are throwing money at it, but perhaps someone could let him know the effort has been going long enough to produce experts willing to say the Emperor has no clothes. Here, for instance, is Angus De Crespigny, who spent the last four years consulting on blockchain and crypto assets at EY, but has now quit:

While there is most certainly a disconnect between business processes and the technology, rather than limiting the development of business cases, I believe it has in fact led to the opposite problem: unjustified beliefs and hype of what the technology can do.

That's from a piece published by Coindesk last week, in which he explained why he'd “lost the faith”. De Crespigny also argued that the benefits of blockchain often cited, such as encrypted data, automated reconciliation and almost-instant data transfer and tracking, can all be achieved with existing database systems.

Perhaps all a bit techy and complex for a chancellor who's not an expert on these things. But this paragraph might resonate:

A somewhat different view I have heard is that blockchain technology is the future, and therefore while we cannot quantify the benefits, it is worthwhile moving to the new paradigm to stay ahead of the curve.

When the world is crumbling around you, it is worthwhile staying ahead of the curve.

So, even if this elusive blockchain technology could provide a “virtually infallible” tracking system for goods (it can't), it doesn't begin to solve the conundrum of how to separate one country that is a member of a trading union from another that isn't, when both sides want a fluid border. More than two years after the referendum, with the analytical heft of the civil service behind him, the chancellor is grasping at straws in the wind.