‘Trigger: Gender as a Tool and a Weapon’ at the New Museum

The New Museum turns 40 this year and it’s embracing middle age with gusto, opening two new galleries and a flurry of exhibitions meant to prove that it hasn’t settled down or given up. The current shows include an exquisite miniature and an exasperating blockbuster, both of them signs of an institution that is hungry for risk and willing to fail with the abandon of the perpetual adolescent.

First, the good news: in the new South Galleries on the ground floor, Kahlil Joseph’s short film “Fly Paper” plays in an endless — and endlessly watchable — loop, toggling surreally between Harlem past, present and future. The camera follows a black man in a white fedora who trudges up several flights of decrepit stairs to an empty apartment and plunges into a fragmented history of legends and disappointments. Inspired by the moody hues of photographer Roy DeCarava, Joseph homes in on the faces of the neighbourhood’s residents, reading in them a discontinuous tale of Harlem’s ghosts. He spins out chains of associations that are enigmatic but never random. Uniting it all is the music, which segues so smoothly from one strain to the next that each change seeps into the body before it registers in the mind. New Yorkers haven’t seen much of the L.A.-based Joseph before, but this seductive piece suggests he’ll be back.

In its jittery mystery, and in the way it gently roots around in the topic of race, “Fly Paper” should be the perfect warm-up for the thematic main act, Trigger: Gender as a Tool and a Weapon. Unfortunately, this three-floor misfire of a manifesto is so doggedly inclusive, so tolerant of mediocrity and so confused in concept that it’s likely to alienate even sympathetic viewers. I embrace its main assumptions: that neither gender nor sexuality is fixed; that attempts to divide humanity into binary categories of male and female or gay and straight are like trying to sort water by drop size. The museum celebrates the dizzying multiplicity of ways that people develop, love, change, identify.

To translate this statement into an exhibition, curator Johanna Burton assembles installations, painting, abstractions, figurations, videos, slick surfaces and fleshy abjection. There’s plenty of evidence on view, and yet, without the aid of the show’s title and a barrage of jargon-rich text panels, I suspect few visitors would even detect that gender was on the agenda.

Sure, some works brim with ambiguous bodies or linger on genitalia, but many more are as reticent as Nancy Brooks Brody’s oil-on-wood abstractions, which resemble window screens, their mesh distended and distorted with age. Nothing in the panels hints at a relation to the salient biographical fact that in 1991 Brody co-founded the radical lesbian collective Fierce Pussy. Likewise, Ulrike Müller’s monochromatic enamel-on-steel paintings depict sleek machine-like forms in a Bauhaus style, giving away nothing of her sexual affiliations (she’s a member of the genderqueer collective LTTR) or her ambition to “subvert patterns of experience”. I stared at these works for quite a while and came away with the patterns of my experience lamentably unsubverted.

Connie Samaras’s photographs from the series “Edge of Twilight” reach an apotheosis of blank-faced evasiveness — or, rather, they “thematise elective opacity”, as the wall label would have it. Each one presents the theatrically lit exterior of a motor home, which turns out to be (though you’d never guess) in a remote women-only trailer park.

Burton has said that she wanted to avoid a throwback to the Aids years of the 1980s, when art throbbed with political slogans and urgent, in-your-face messaging. Instead she searched out artists who embrace subtlety, even abstraction. Sadie Benning’s photographs, for instance, capture rainy New York street-scenes in a sensual state of blur. Benning snaps her pictures from the inside of a car, delighting in the city seen through water and glass. Signs, ads, and storefronts seep into human forms and surrounding architecture. These are lovely works, but here the context bleeds them dry of nuance. The enigma of the wet street invites a wide range of interpretations; to reduce it to a visual pun on gender fluidity seems like a gratuitous depletion.

In avoiding the explicit, Burton veers towards a tenuous argument: that art made by someone who identifies as queer or trans must, by definition, deal with gender. And yet women painters frequently make art that is about something more than femaleness, and Latino sculptors have a whole range of concerns that go beyond ethnic origins. Surely not all gender-fluid artists care to be confined to a single topic, either.

It’s true that beauty and pleasure can be forms of resistance, but here it’s up to the viewer to deduce just what these apparently amiable works are resisting, and how. Besides, resistance is de rigueur now. For decades, artists have been refusing categories, transgressing norms, bursting boundaries, and on and on. Maybe the only way really to challenge the status quo is with cheerfully affirmative art.

The museum clearly intends to confuse, to scramble the preconceptions of viewers like me, who expect a curator to have a point and prove it, or at least to offer some graspable through-line that can guide us from piece to piece and room to room. I realise that a desire for coherence makes me the enemy here, and I am therefore not necessarily expected to like what I see. In a roundtable conversation transcribed in the catalogue, the poet Fred Moten, who dances ebulliently in one of the videos on display, makes the case for deliberate chaos: “Revolution . . . is a program of total disorder, and museums [usually] clean up messes,” he says. “But what if this got to be a mess that the Museum chose to present, rather than clean up? There’s a poetics of the mess, you know?”

Of course there is, but somehow it eludes this show.

Explore the series
READ MORE
How to beat gender bias 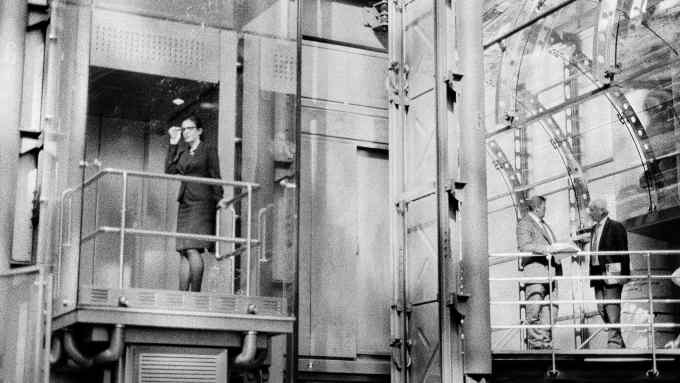