Zero-fee and rebate deals throw down gauntlet on ETF charges

For managers of exchange traded funds, an event earlier this year signalled a watershed moment that could shape the future of the asset management sector.

In March, a company called Salt Financial won approval from US securities regulators for an ETF with negative fees, meaning the fund manager would pay — rather than charge — portfolio managers to invest their money with them. Only days earlier, online personal lender SoFi had launched two ETFs with zero fees.

These moves mark the latest phase in a more than a decade-long price war between ETF providers. They might eventually be judged to be shrewd marketing tactics that could also leave a lasting mark on the entire industry.

The largest players in the sector, including BlackRock, Vanguard, JPMorgan Chase and State Street Global Advisors, have been engaged in protracted competition to cut costs on many of their funds, taking expense ratios on some popular ETFs to just a few basis points.

While a few providers had also waived fees previously on funds to drum up support among investors, the moves had been brief, amounting to three months. Salt and SoFi, by contrast, have committed to their fee structures for at least the first year of the funds’ operation. 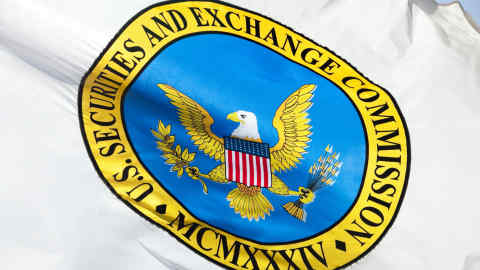 It is unclear how long they will maintain their negative- and zero-fee charging structures beyond this. Nevertheless, these ETF launches have already galvanised the industry, prompting big wealth managers to consider adding the funds to their distribution platforms. This would give financial advisers access to trade the ETFs and enable them to add the products to client portfolios. For retail investors, the new funds have even more acutely focused their attention on fees.

Conversation around the race to zero has “escalated”, says Rory Tobin, the head of State Street Global Advisors’ SPDR exchange traded fund business. “If you want to make low-cost [ETFs] work, you have to evaluate every component of cost.”

The zero- and negative-fee funds from SoFi and Salt remain small by industry standards; investors have pumped in roughly $60m, according to the two groups. That figure is minuscule compared with the $5.6tn that data provider ETFGI says is invested in ETFs and other exchange traded products globally.

Providers are hoping their low-, no- or even negative-fee structures will attract investors to their funds. ETFs that do not find success quickly with tend to fizzle out; more than two-fifths of funds accumulating less than $50m in their first year end up closing, FactSet data shows.

“[Zero-fee offers] is a way for newer entrants to differentiate themselves,” says Greg Friedman, Fidelity’s head of ETF management and strategy. “The older products have strong flows, good trading volume and a record. One way for new entrants to get visibility is where they charge [lower] fees.”

Lower-cost products are capturing the lion’s share of flows

Whether larger asset managers will launch new ETFs with zero fees or rebates — as in the case of Salt — remains an unanswered question. Mr Friedman says Fidelity is not looking to launch its own no-fee ETFs. His counterpart at Vanguard, Richard Powers, adds that he does not feel it is realistic for the company to venture into zero-fee ETF territory. Senior executives at half a dozen ETF providers tell the Financial Times they are nonetheless closely following the performance of the new funds and the wider response by investors.

As Mr Powers notes, “lower-cost products are capturing the lion’s share” of flows. Last year, $605bn flowed into the cheapest ETFs and mutual funds — those whose fees ranked in the bottom 20 per cent of their respective fund categories — according to fund tracker Morningstar. By contrast, funds whose expenses were higher struggled with investor redemptions.

More importantly for Alfred Eskandar, Salt Financial’s co-founder, the negative-fee ETF has opened doors. In general, providers must hit a certain threshold of assets under management before a large brokerage will conduct due diligence on the fund and add it to the list of assets its financial advisers can transact in. That level can be as low as $50m, although market sources say it can often be as high as $200m.

“It does not matter how great your fund is,” he says. “It matters how your fund is distributed. It is not a fee war. It is a distribution war.”

News in-depthFTfm
Fund managers offer to pay investors . . . but why, and will it catch on? 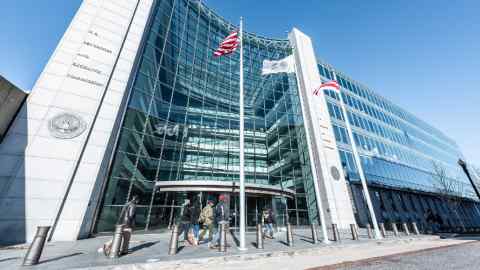 Salt Financial has since secured meetings with several of the large brokerages, Mr Eskandar adds. Other asset managers could follow in its footsteps if Salt sees its ETF added to the funds available to financial advisers at Morgan Stanley, Merrill, UBS or Wells Fargo.

The challenge is how to generate revenue from a zero-fee fund. Many funds run securities lending programmes that can generate profit for the vehicle by effectively renting out its assets. But without fees, money must still be made in other ways.

Jonathan de St Paer, the chief executive of Charles Schwab Investment Management, says there is a marked distinction to be made between an ETF with a 2 basis-point fee and one with no charge. “Philosophically it is a huge difference,” he says.

“When you go to zero it essentially says we’re changing our relationship. You are no longer paying me for a service, but that I’m providing you a service and I am going to earn revenue from you in other, less transparent, ways.”

US investors paid less to own funds last year than ever before, according to data from Morningstar, writes Michael Kavanagh.

Figures for 2018 show the second-largest year-on-year fall since the research company began tracking data in the field in 2000.

Downward pressure on fees has continued to lower costs across both mutual and exchange traded funds. Morningstar calculates that asset-weighted expense ratios fell from 0.51 per cent in 2017 to 0.48 per cent last year. This fractional decline was enough to deliver a $5.5bn saving in fees to customers.

The research shows that US investors are paying about half as much in fees to own funds as they did in the year 2000.

Last year’s savings were driven primarily by large outflows from expensive funds alongside inflows to cheaper funds, and an increase in the number of active funds cutting fees.