Telecoms operators face anxious wait for 5G to pay off

Some people cannot resist getting their hands on the latest tech gadgets. Telecoms executives, fearful of losing out to their rivals, are no exception.

In recent years, carriers have spent hundreds of billions on spectrum and infrastructure for the fifth generation of mobile telephony — 5G. Now, anxiety is mounting about whether enough people will pay for the services they have invested so heavily in.

So far, the jury of everyday electronics consumers is still out, as they weigh the costs and benefits of faster downloads and greater bandwidth. Meanwhile, the technology’s enterprise uses — from private 5G networks to so-called “digital twins”, which simulate the real world — are slowly starting to edge their way into companies’ consciousness, though they are far from the mainstream in any market.

As Sanjiv Gossain, general manager at telecoms provider Verizon Business, puts it: “Right now, it’s about explaining the art of the possible.”

But telecoms groups have been burnt before. Though they invested heavily in the development of 4G infrastructure — arguably the biggest evolutionary leap in mobile phones to date, which brought high-quality video streaming and real-time smartphone apps — the bulk of the profits went to companies such as Apple, Netflix and Google, which built the applications that sat on top of the 4G scaffolding.

That is not an experience they are keen to repeat — but 4G’s successor is posing some tricky challenges.

With intense competition keeping the prices of 5G products down, operators are trying to claw back some of their infrastructure investment by coaxing consumers on to higher tariff bands that offer more data. But the global cost of living crisis may undermine that strategy, especially given that the new products mostly offer only slight advantages over the old.

William Hare, an analyst at tech research firm Omdia, says that “there is no evolution whatsoever” compared with the mass-market advent of the smartphone in the early 2010s. “An iPhone you buy today is basically no different to the smartphone you bought five years ago,” he says. “Innovation has massively slowed down.”

Even in south-east Asian markets, which have rolled out 5G much faster than most European and North American countries, consumer demand for 5G smartphones has just begun to taper off. In the second quarter of this year, there was a 7 per cent drop in shipments of 5G devices, to 24.5mn, according to a recent report by Canalys, a firm that analyses tech markets.

“The hype for 5G has dwindled, and demand has shifted to more practical aspects of smartphones such as battery life, storage, processor speed, and camera quality,” says ​​Chiew Le Xuan, an analyst at Canalys. “Everyone is feeling the pinch and the practical uses of 5G have yet to be seen.” He argues that, in the vast majority of cases, 4G speeds are sufficient for everyday use.

Nonetheless, some of the factors driving a slowdown in demand are temporary — lower consumer confidence against a backdrop of soaring inflation — and the consumer 5G market is expected to grow across Asia in the coming years.

Part of the problem may be that relatively few operators have rolled out the most advanced iteration of 5G, called “5G standalone”, where the network core uses the latest technology. According to Omdia research, more than 200 operators worldwide have launched a 5G service but only about 30 of them have done so with 5G standalone.

Operators say 5G was never really about the impressive new uses it would offer consumers — its main advantage is the enhancements it can offer to businesses. One oft-touted application of this kind is “digital twins” — essentially a cloud environment that simulates the real world.

Taking vast amounts of data from the real environment and processing it at lightning speed can enable companies to make informed decisions about how to optimise their workplaces and working practices. Though the concept of digital twins has been around for some time, the advent of 5G is enabling the technology to advance rapidly and its utility — in sectors ranging from manufacturing to ports and mining — is becoming more apparent. Even so, most projects are only at the pilot stage.

Another touted enterprise use for 5G is private networks, where spectrum is essentially offered directly to companies for them to operate their own independent network.

Telecoms operators offering this service say private networks tend to be more reliable, efficient and secure than public networks, and businesses that are keen to bolster productivity amid rising costs are increasingly attracted to this proposition.

The catch is that there is a very real threat that telecoms companies will be cut out of a lot of this business. Several countries, including the US, France, Germany, Japan, South Korea and India, have started making some 5G spectrum available for companies to buy directly from the government, according to Omdia research, and are no longer selling it exclusively to telecoms groups. In some cases this means that companies can simply sign a contract with an equipment vendor to build their own private networks.

“There is a real opportunity to cut out the middleman,” Hare says.

The battle is on for telecoms groups, which have poured so much money into 5G, to prove that this time around they are the ones that will profit most from the latest generation of telecoms technology. 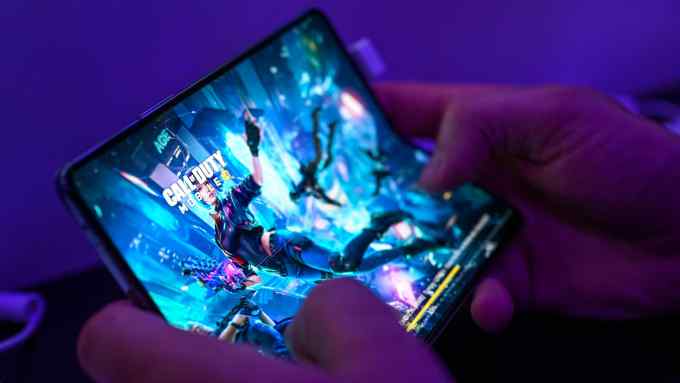