There was a time when the loudest calls for the food industry to raise its social and environmental game came from consumers. But, while shoppers still want to know how their food is produced, increasing attention is being paid by investors to the negative effects of food production and its risks to the planet — as well as to long-term financial returns.

With an eye on the carbon footprint of their portfolios, investors — particularly those with ESG (environmental, social and governance) strategies — want to see food companies working to meet climate goals, says Bas Rüter, global head of food system transition at Rabobank, a Dutch lender that specialises in agribusiness. “After the energy sector, the food and agriculture sector is the second biggest sector contributing to climate change — investors are aware of that.”

Greenhouse gas emissions are not the industry’s only negative impact. From biodiversity loss to water pollution and deforestation, food production gives ESG investors plenty of reasons to worry.

Overuse of antibiotics in animals is also on investors’ radar, because of its global health implications. Shareholder Commons, a US non-profit that promotes responsible corporate ownership, believes investors could level the playing field for companies if they all set rules on antimicrobials.

“We, as diversified shareholders, ought to insist that every company meet World Health Organization guidelines and, if not, we will vote against their directors,” says Rick Alexander, the campaign group’s chief executive.

Shareholder activism is prompting action from companies. For example, US-based Green Century Capital Management submitted a shareholder proposal calling on ConAgra to stop sourcing ingredients from deforested or degraded land by 2025 — but was able to withdraw it in July after the packaged foods company agreed to set a deadline for eliminating deforestation from its supply chains.

Given food companies’ heavy social and environmental footprint, another option for shareholders is to divest. This, however, is not happening at scale, partly because complex global supply chains make it tough to pick single companies to target. And “the world cannot live without food”, observes Rüter. “I don’t see or expect to see massive divestment in food and agriculture.”

Nevertheless, exclusion is a strategy for some investors. Impax Asset Management takes this approach with companies producing crop protection chemicals, such as pesticides. “We’ve identified certain parts of the industry where we just wouldn’t invest,” explains Michael Landymore, a senior portfolio manager who co-manages the firm’s food and agriculture strategy.

In addition, Impax uses engagement tools — from management meetings to shareholder resolutions and proxy voting — to ensure that the food companies in its portfolio are making progress on their sustainability goals.

One asset manager is both divesting and engaging. In its active management strategy, Legal & General Investment Management might sell the shares of a company while holding that same company’s shares in its index funds. “We can talk about divestment when the company is not going the right way,” says Maria Ortino, global ESG manager at LGIM. “But, being an index holder, means we will stay at the table.”

She cites the example of China Mengniu Dairy. In its ESG-focused Future World Funds, LGIM divested from the company because it had no deforestation policy and did not disclose Scope 3 (customer and supply chain) carbon emissions from agricultural products. However, because LGIM continues to hold its stocks through its standard index funds, it maintains its engagement with the company.

Of course, given food companies’ long, complex supply chains — from giant agrichemical businesses to smallholder farmers — investor engagement is not easy. “These companies reach into all sorts of corners of the world,” says Landymore.

Rüter advises investors to start by talking to companies about traceability. “Knowing the percentage of products that are bought from the farmer with a traceability guarantee and the right performance underneath it is the first step,” he says.

There is also strength in numbers. “The challenge for the capital markets is that no one actor can do this by themselves,” points out Maria Lettini, executive director of the Fairr investor network.

And Fairr’s numbers are strong. By August 2018, for example, an initiative launched two years earlier to engage 20 fast-food manufacturers and restaurant chains on antibiotic use had the support of 74 investors representing $4.9bn in assets. “When we started, none of the companies had a public policy on antibiotics,” says Lettini. “After three years, 20 companies had policies, and some were tracking antibiotic use and reporting on it.”

Lettini argues that putting pressure on food producers can help investors bolster the resilience of their holdings more broadly, given the vast footprint of the sector “Investors are realising that, to tackle the material social, environmental and financial risks their portfolios are exposed to, one way they can do that is through the food system.” 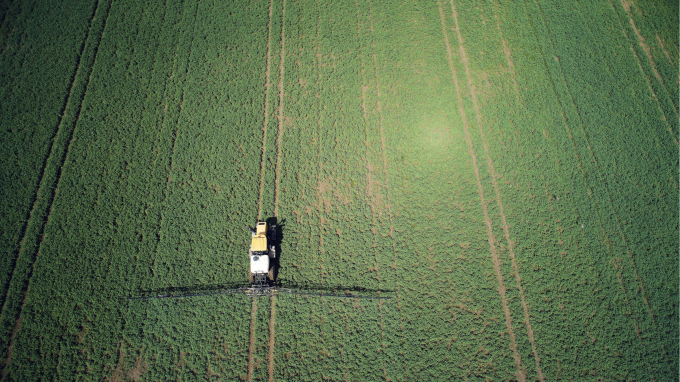